Is Frisco Back? Frisco High's 5-0 start has everyone answering the same way

They went 0-10 in 2017. But that's a distant memory for a Frisco High program that is most definitely "back" 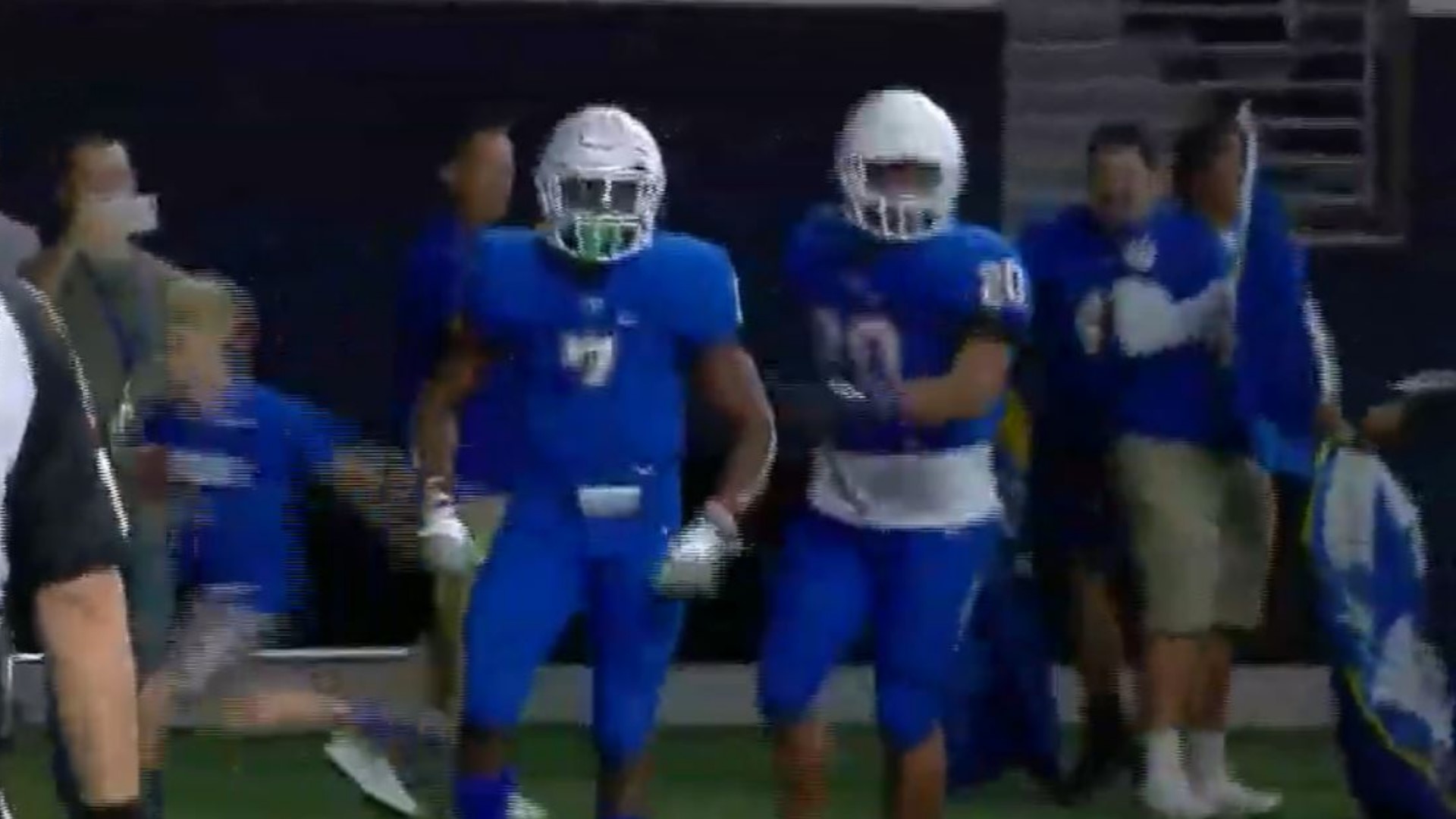 FRISCO, Texas — It is, at its essence, a simple query:  Is Frisco Back?

"Definitely," Frisco senior running back Blake May answers with a smile. "We've been back."

But the question itself begs another. If Frisco is back... where did they go in the first place?

"I told the kids during that season and immediately after that that was an aberration," head coach Jeff Harbert says. "That wasn't indicative of our program, or what we're about."

And that showed in 2018 -- a bounce back campaign that saw Frisco go 7-and-5, advancing to the second round of the playoffs.

"It started last year, we started winning some more games, and just kinda getting into our groove," senior linebacker Aaron Taylor says.

And they have stayed in that groove this year, with a 5-and-0 start.

"You know, it just means that all the hard work we're putting in is really paying off," May says.

And that 5-0 start, after last year's success, has given rise to a social media campaign... a twitter account -- "Is Frisco Back."

And if they had any doubts, they were answered on Friday night. Frisco raced out to a 22-0 lead on defending district champ Frisco Reedy, and then they brought it home, driving the field to score the game-winning touchdown with 1:05 to play.

"It was awesome to see us have to come back against a really good football team, and drive down and score to win," Harbert says. "And the way we did it just does a ton for our confidence going forward."

"Frisco is back," Harbert says.

"Yeah, we're back. And better," May says boldly. "Really, I think we're back in a way that people have never seen."