Letters to Gov. Abbott show which counties are impacted by illegal border crossings

On April 26, Gov. Greg Abbott sent a letter to all county judges in Texas asking for expenses due to people crossing the border illegally. Here are the responses. 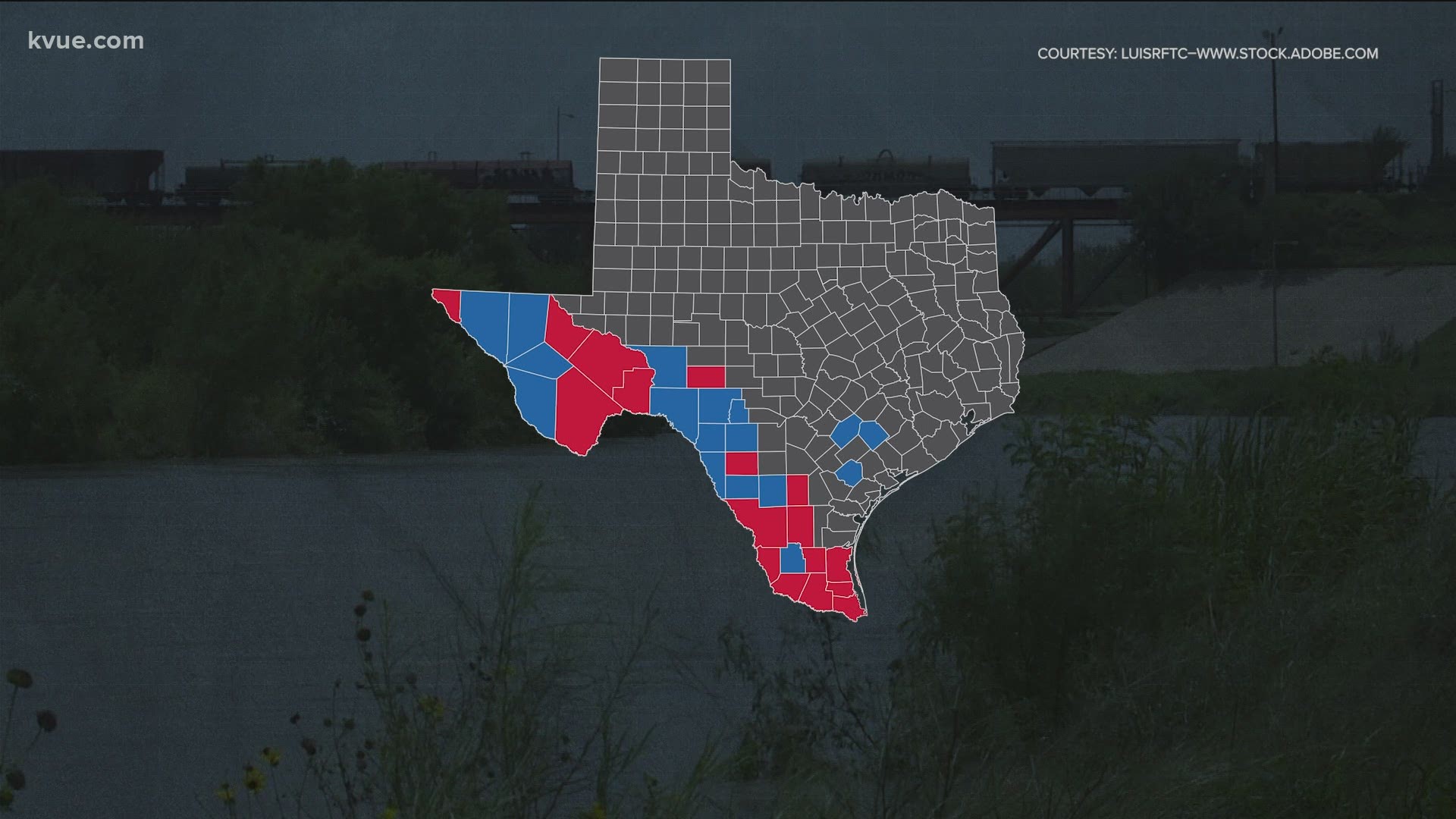 AUSTIN, Texas — On April 26, Gov. Greg Abbott sent a letter to all county judges in Texas.

"I ask that you send my office a full and accurate estimate of the fiscal impact the current border crisis is having on your county, including the costs you have incurred and that you expect to incur," the letter shows.

Of the 254 Texas counties, the KVUE Defenders found eight sent a letter back within the next month.

Most of the responses do not show any money loss. Half of them are letters of support to the governor.

“Homes are being invaded, neighborhoods are dangerous and people are being threatened on a daily basis with guns,” Gov. Abbott claimed in a press conference June 16.

The only border county to respond by the end of May was Kinney County. The area is near Del Rio and is made up of mostly ranchland with fewer than 3,700 people.

“It’s to the point now where I’m getting reports of groups of 10 or 12 that Border Patrol can’t respond to. So, we’re trying to respond to them,” Brad Coe, Kinney County Sheriff, said.

The sheriff said people are “no longer safe.”

“The residents of Kinney County are in a dire situation,” the letter to the governor shows. “Our homes are being broken into in the middle of the night. The main street of our small town is now the place of high-speed car chases. Walking outside on our own property after dark is no longer safe. The residents of our county no longer enjoy the comfort and safety of their own home.”

Coe told the Defenders the county has "a lot of property damage."

"For whatever reason, they’re tearing up fences and water wells," he said.

In the response letter, Coe didn’t list money spent on the surge but told a story about how the increase in people crossing illegally limits the County’s ability to respond to other calls.

“One death of an elderly county resident has already occurred due to county EMS not being available when they were deployed to a vehicle rollover that occurred during a high-speed pursuit and bailout of illegal aliens,” the letter to the governor shows.

Coe said the county has limited emergency services. One ambulance crew works a 48-hour shift for the entire county. The sheriff’s office responded to three immigrant deaths in the last three weeks.

Coe said snakes also pose a threat to the people crossing through the brush. EMS responded to at least five snake bites since mid-May, Coe said.

Customs and Border Protection stats show more arrests in the Rio Grande Valley than anywhere else in the country.

“It is a crisis in Washington because it's Washington. That's the only one that can fix it by changing the policies that we have,” Richard Cortez, Hidalgo County judge, said.

Cortez said ranchers there are impacted, but he said no extra money is spent on the illegal border crossing increase.

“There was no report of any serious crimes. The reports were that they would commit petty crimes as they were passing through. But what they wanted to do is get the heck out of here,” Cortez said.