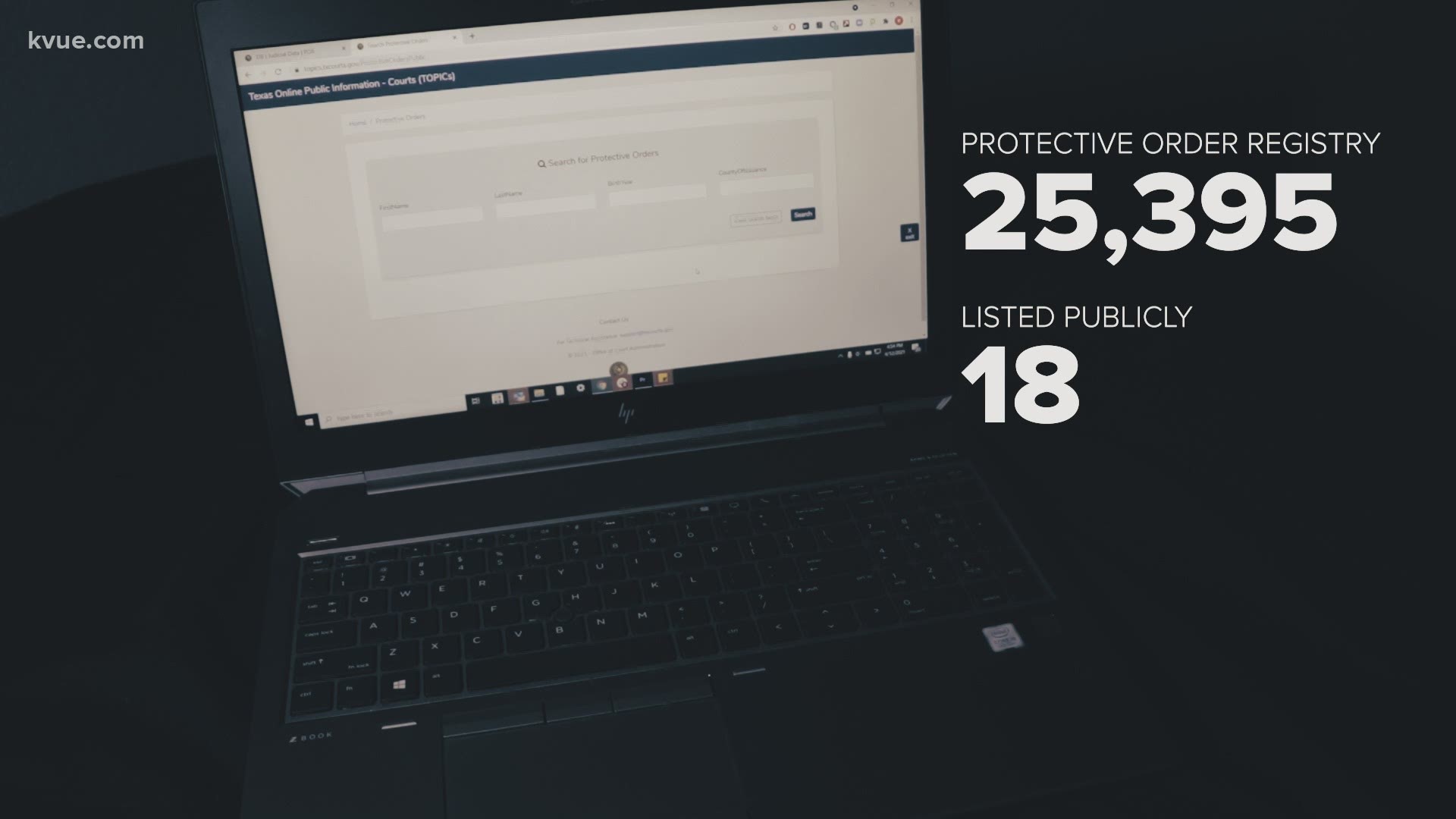 AUSTIN, Texas — "She said, 'Dad, there's someone trying to operate the keypad on my front door.'"

"I said, 'Well, call the police and I'll call them also. I’ll be right over.' By that time, it was too late," Nielsen said.

Deming’s ex-boyfriend, 38-year-old Brandon Leyva, broke through Deming’s sliding glass door. He shot her, then he took his own life.

Police found Deming’s body beside her Christmas tree. Her son was away at a friend’s house at the time.

Nielsen, a retired police detective, said a crime like this feels different when it involves family.

"I knew what to do and what the procedure was on responding to a call for help like that. The horror begins to sink in: this is your own family," Nielsen said.

At that point, Nielsen wasn’t a retired cop: He was a dad.

He said his daughter spoke with a counselor days before her death. She wanted a protective order, a court document showing it would be a crime for her ex to be near her.

It wasn’t until after Deming’s death that Neilsen learned those kinds of orders were given to Leyva, keeping him away from other women in other counties.

"These were cases where he had been very abusive and threatened the life of other women," Nielsen said.

While protective orders are public documents, they are kept in courthouse files. To find out if someone has a protective order against them, a person would need to know where the order was made, then search court records.

"There had to be a way to learn about the violent history of some of these individuals. I began thinking about the database," Nielsen said.

He wanted an online, searchable database to see if someone had a protective order against them. But creating a database would require lawmakers' help.

"If I were a single woman and I were out there trying to go out with a new guy I had just met, I would absolutely want to know if they had been in an aggressor or the batterer in the past. And having a protective order registry gives you that information," said Heather Bellino, CEO for the Texas Advocacy Project.

The Texas Advocacy Project helps domestic violence survivors, including providing information on how to file for a protective order.

However, Bellino does not think every protective order needs to be publicly listed.

"It's a great idea in theory. I love the idea. Unfortunately, it's fallible," Bellino said.

Bellino had a survivor speak to lawmakers before Monica's Law passed. They asked for limits on the database due to fear of retaliation.

"That's when they decided to make it so that a survivor can opt-in or opt-out on the public face inside of it," Bellino said.

Bellino said that gives the power back to the survivors. Now, the person requesting protection must choose to let the information be publicly available in the database.

"It can also give a sense of false security, right? Because you might assume that just because you looked up this person, if you didn't show up there, there's no way he's done anything wrong," Bellino said.

The KVUE Defenders asked Bellino why Texas should have a public database if the public can’t see it all. She said because of who can see it.

Prior to Monica’s Law, law enforcement couldn’t immediately see if someone had a protective order against them. The information often wasn’t shared across city, county and state lines. That means, for some domestic violence calls, officers would go in blind.

"Every one of those protective orders should be on it," Bellino said.

It still isn’t easy for law enforcement to see the information when responding to a call or checking identification. The database is not synced with the Texas Department of Public Safety system used in the field – it’s a separate log-in.

"We're working with all the law enforcement entities across the state to get them trained on how to do it," said David Slayton, administrative director of the Texas Office of Court Administration.

Monica's Law passed in 2019, but the pandemic pushed back the launch of the database because social distancing measures limit training. Slayton said his office is working with DPS to link the two systems together.

"The current system DPS operates doesn't have the documents and stuff like that," Slayton said.

Slayton said money is already approved for the project.

RELATED: Texas law prohibits domestic abusers with protective orders from having guns. What happens after? Not much.

"When the stalking and the abuse was going on, Monica was so frustrated. She didn't know where to turn. She made the remark to me, she just said, 'Dad,' she said, 'I wish people knew what was happening to me,'" Nielsen told KVUE. "Well, ironically, of course, everyone knows her story now."

The database’s limitations for the public were not part of Neilsen’s plan. But he said he is happy something is in place, especially for law enforcement, judges and prosecuting attorneys.

Advocates say a protective order works for more than 80% of cases.

The Texas Judicial Branch has an information packet, including an application for a protective order. The Texas Advocacy Project provides advice and free legal representation.

The National Domestic Violence Hotline – 800-799-SAFE (7233) – provides access to resources. It’s staffed 24/7 and based in Austin. If you think someone may monitor your internet usage, advocates suggest calling the number.

Advocates also urge you to use caution when searching online. Always have a way to leave a resource website if you feel threatened.