Quadriplegic says American Airlines caused her to take bloody fall on Dallas plane, then blamed her

She ended up with stitches and no apology from the airline – and instead, she says, some victim-blaming. 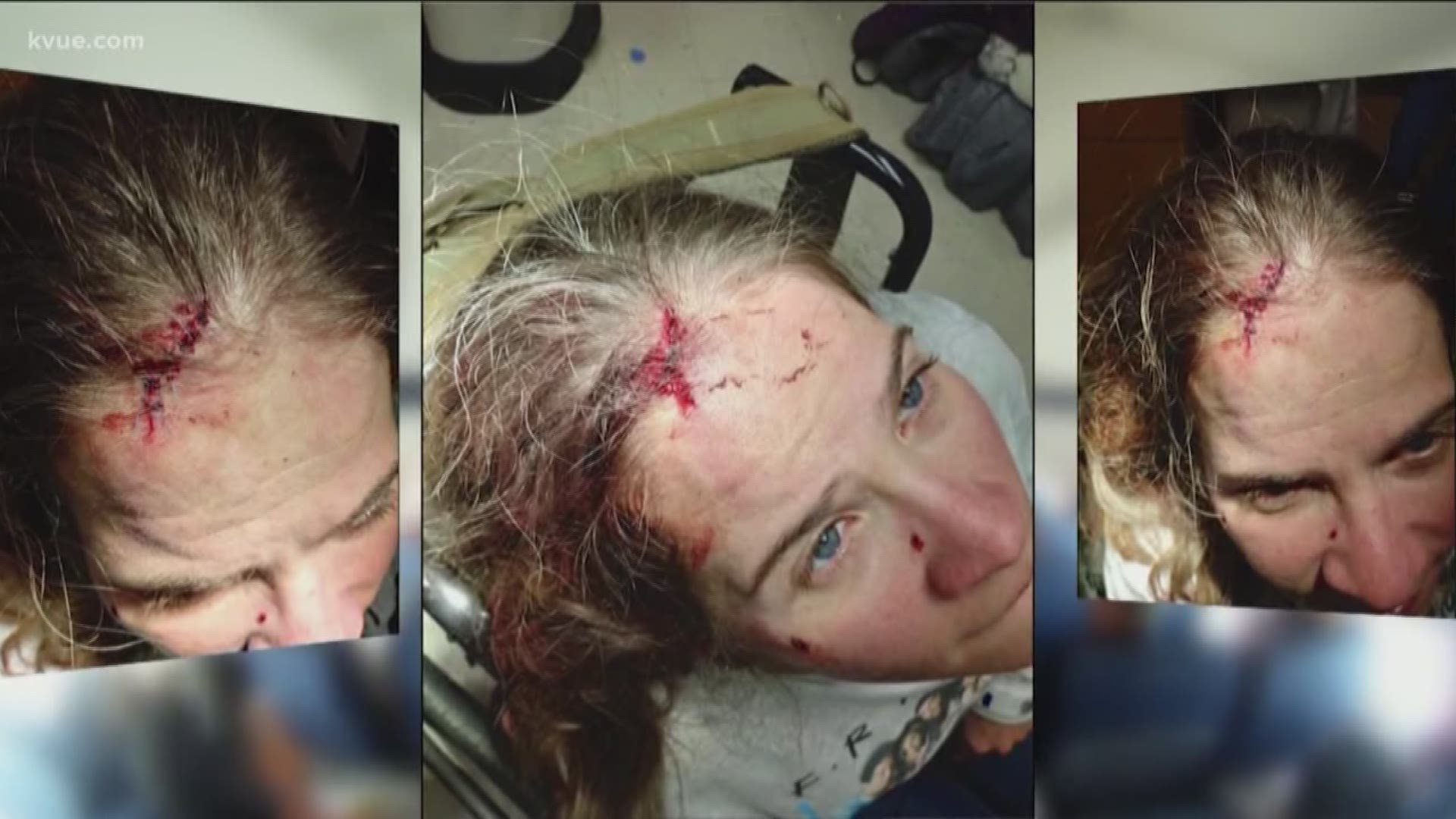 AUSTIN, Texas — Hunter Adkins has had setbacks, for sure.

She's a spastic quadriplegic. She was born prematurely.

"She had a bleed in her brain the third day of her life," she added. "She probably has the mental capacity of a 16-, 17-year-old."

But her mom said don't you dare feel sorry for Hunter.

"Absolutely not," said Becky Adkins. "Hunter has a fuller life than 99% of the able-bodied people I know."

From bike riding, beauty pageants, indoor skydiving and horseback riding, she's hard to keep up with. Just a few weeks ago, the 38-year-old quadriplegic was flying off to the mountains to snow ski, something she's done for nearly three decades.

"I look forward to this trip every year," said Hunter Adkins.

She's never had a problem, until this year.

She cut her head after taking a face-first dive onto the floor of an American Airlines plane.

"I would have cried had I not been in shock," said Hunter Adkins.

It happened as Hunter Adkins, her caretaker and a group were heading from Austin to Colorado for their annual ski trip. When they switched planes in Dallas, an American Airlines crew was moving Hunter Adkins to her seat.

She said she made it very clear they needed to buckle her in. But, she said, they placed her in the seat and did let go.

She was terrified and embarrassed.

"No one wants to fall on their face and then get weird looks and be humiliated," said Hunter Adkins.

Mom wasn't there, but heard the news.

"Oh, I'm sort of the grizzly bear or, as my children refer to me, as their nuclear button," she said.

American Airlines investigated and emailed Becky Adkins the findings. The email stated Hunter "attempted to self-transfer." So, she tried to move herself when she fell. It added that the American Airlines team "did not recall any communication about not letting her go until the seat belt was fastened."

There was no apology, but for her trouble the airline did give her a $200 voucher to use for another American Airlines fight.

It's also insulting to her for a few reasons. As a quadriplegic, she isn't able to move herself.

"I know for a fact that I can't do it," she said. "Never have been my entire life and never will be."

As for not speaking up, for several years, Hunter Adkins has sat on a governor-appointed committee advocating for people with disabilities.

"They're making that up," she said.

"Hunter says, 'Don't let me go, don't let me go,'" said Maloukis. "The female employee puts her in the seat and lets her go, and there was this loud thud and I even felt it; it vibrated. That's how hard she hit."

Becky Adkins continued to press the airline – so did the KVUE Defenders. American Airlines didn't acknowledge KVUE's repeated requests for a camera interview. But a spokesperson sent an email stating, "we sincerely apologize" for what Hunter Adkins went through, saying the airline is investigating what happened and refunding the cost of the tickets for both Hunter Adkins and her caretaker.

The airline also confirmed to the KVUE Defenders it will take care of her medical bills. Hunter Adkins was grateful for the support.

"I can't thank you enough for shining a light on this issue," she told KVUE.

About that ski trip, it did happen. The medical team that examined Hunter Adkins cleared her to fly, so she went to Colorado, got stitches and hit the slopes.

She said she plans to use her position on that state committee to advocate for better handling of people with disabilities on all airlines.

If you have an issue you'd like the KVUE Defenders to investigate, send us an email at defenders@kvue.com or give us a call at 512-533-2231.

Arrest made in connection to missing Georgetown man, City says