Mayor Fischer encourages Louisville to 'turn to each other, not on each other' after Breonna Taylor announcement

"Justice for Breonna also means a commitment to eliminating systemic and structural racism in our city, in our country," Fischer said. 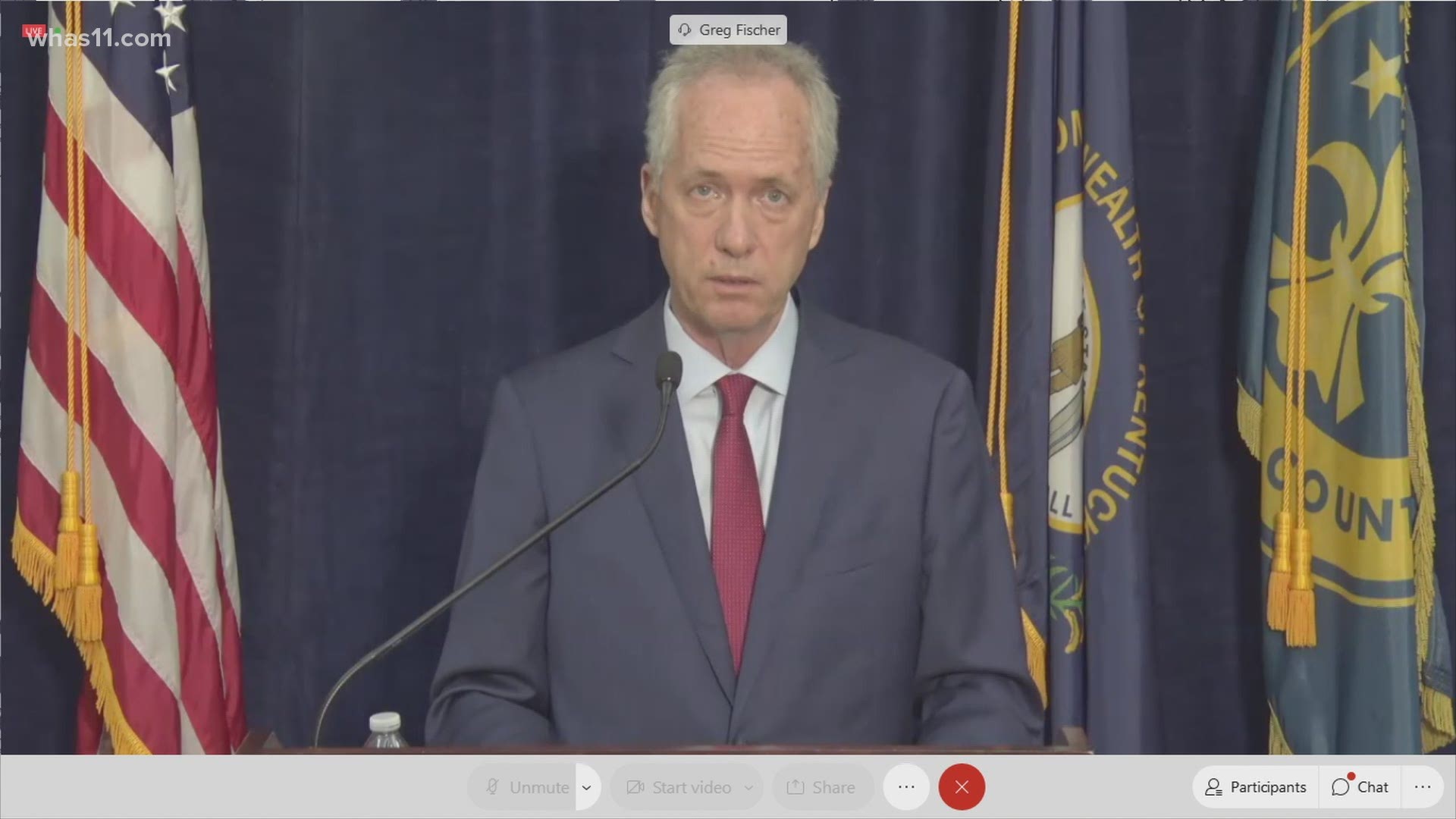 LOUISVILLE, Ky. — After the announcement that one of the officers involved in the deadly police shooting of Breonna Taylor would be indicted, Louisville Mayor Greg Fischer said he knows there are people in the community who will feel the charges fall short of justice.

The Jefferson County grand jury recommended three counts of first degree wanton endangerment for former LMPD officer Brett Hankison for firing shots that went into an apartment near Taylor's the night she was killed.

The other officers involved, Sgt. Jonathan Mattingly and Det. Myles Cosgrove, were not indicted. Kentucky Attorney General Daniel Cameron said Mattingly and Cosgrove were justified in their use of deadly force after Taylor's boyfriend, Kenneth Walker, fired at officers as they entered the apartment.

Fischer reminded Louisville that "the case is far from over." The FBI is still conducting an investigation which will be reviewed by the Department of Justice to determine if any federal laws or civil rights were violated. He also mentioned the internal investigation of the police department which will be used to determine if further discipline or training is needed.

The mayor cited changes made following Taylor's death, such as Breonna's Law and the reforms made in the city's $12 million settlement with Taylor's family.

But the mayor said it's clear "there are policies and procedures that must be changed because Breonna Taylor still should be alive."

"Justice for Breonna Taylor must be about more than the decision that was announced earlier today by the Attorney General. Justice for Breonna also means a commitment to eliminating systemic and structural racism in our city, in our country," Fischer said.

The mayor said he remains committed to that work and urged the city "to work together to create a future that doesn't repeat the mistakes of the past."

Tuesday, in preparation for the announcement in the case, Mayor Fischer declared a state of emergency in Louisville which will allow him to exercise emergency powers due to "the potential for civil unrest."

Shortly before the announcement Wednesday afternoon, the mayor also implemented a curfew for all of Jefferson County. The curfew is from 9 p.m.-6:30 a.m. for the next 72 hrs. It does not apply to those commuting to work, houses of worship or seeking medical attention.