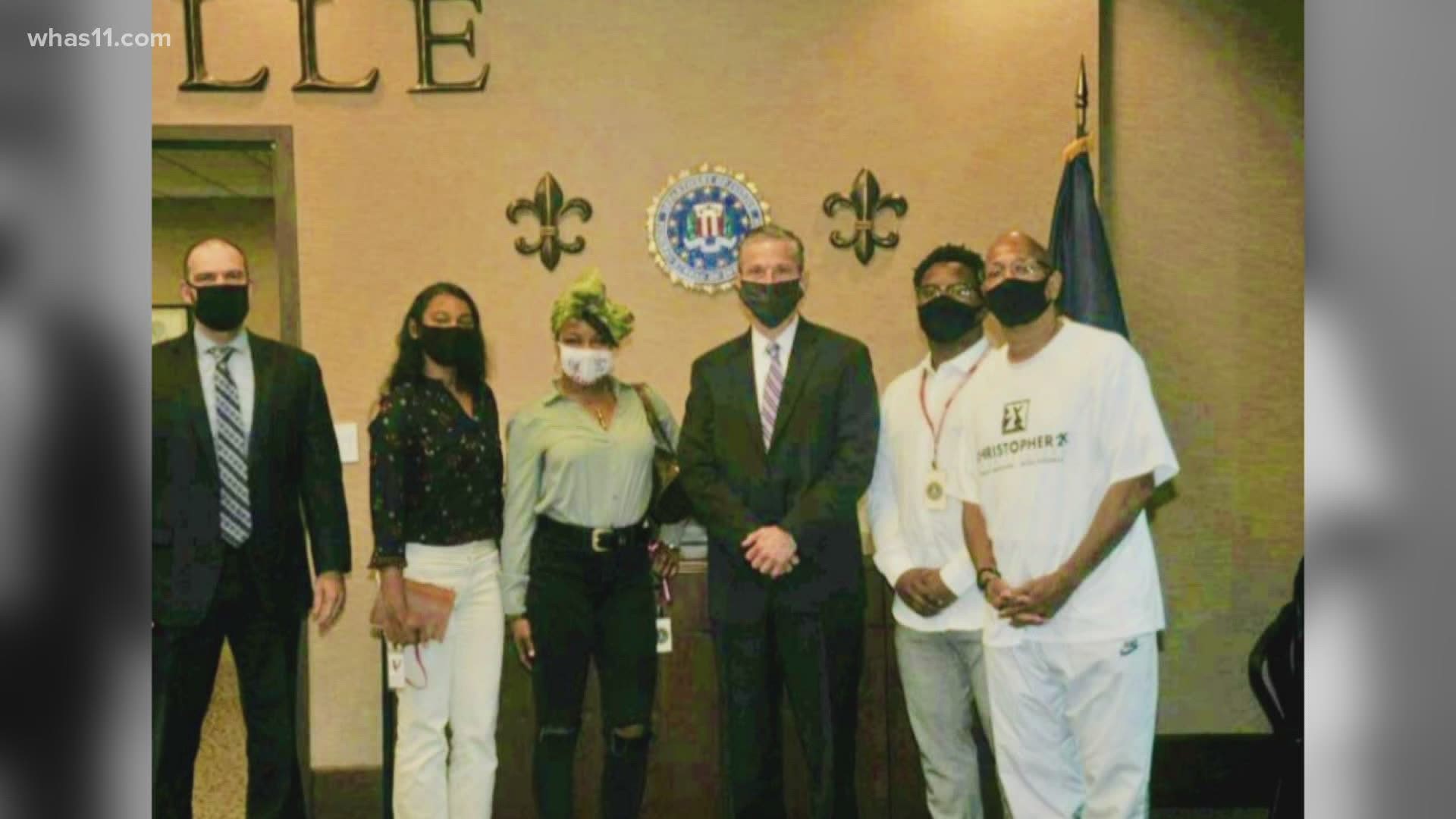 LOUISVILLE, Ky. — A second round of conversations were held Tuesday between the FBI and a local activist group as the federal investigation into Breonna Taylor’s death continues.

Christopher 2X and members of his Game Changers organization met with members of the FBI.

“This is not comfortable for them to investigate a law enforcement body. However, they told us unequivocally, and they told us to tell you all, that doesn't mean anything to them. This is a serious issue, and the chips are going to fall where they may as it relates to the Breonna Taylor shooting,” 2X said.

The FBI's investigation is independent from the Kentucky Attorney General's and 2X said the FBI findings will likely come out after Daniel Cameron reports his decisions. The AG has given no timeline for that.