"We must have transparency and accountability for the work that our officers do," Mayor Greg Fischer said during the announcement. 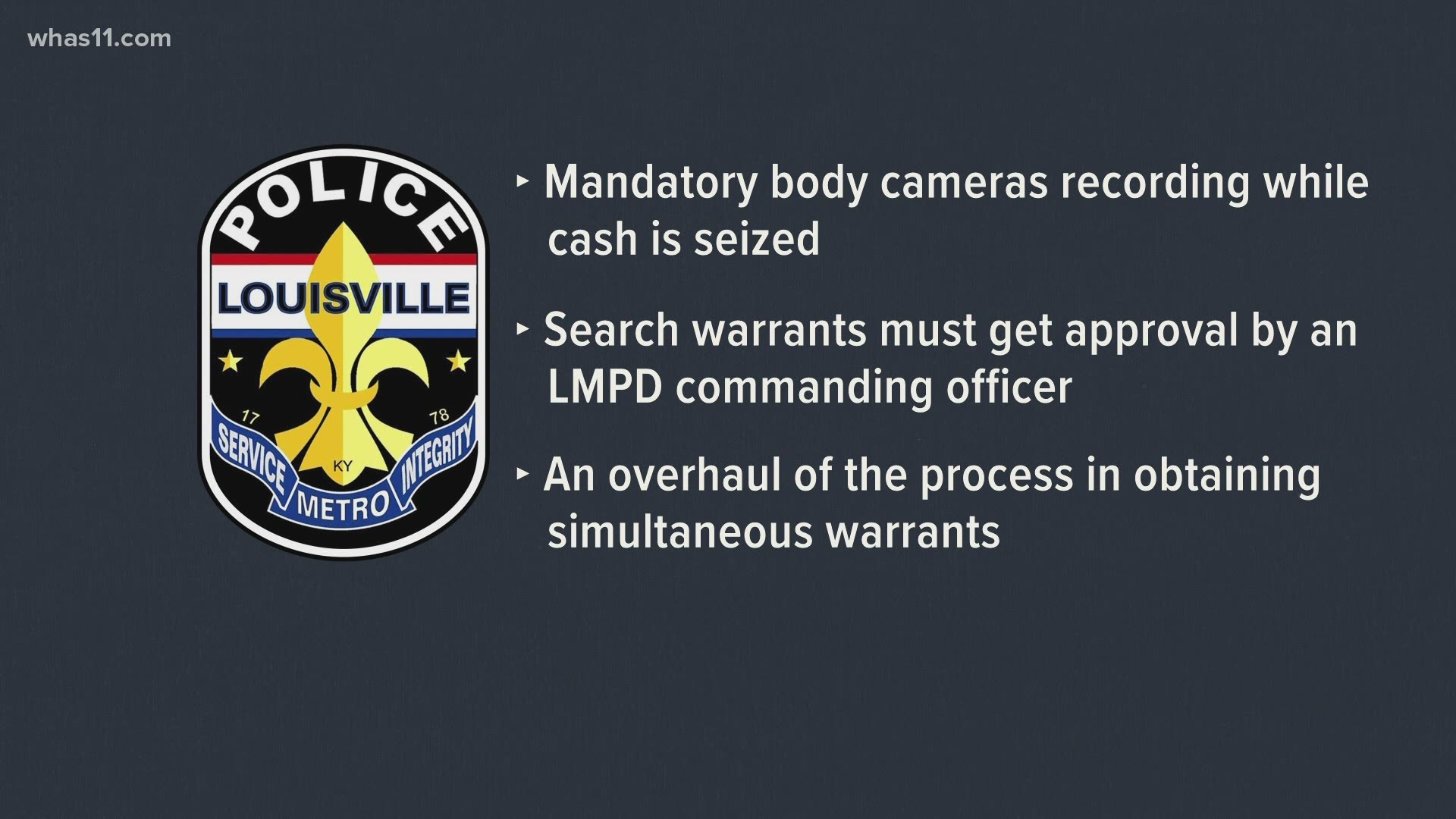 LOUISVILLE, Ky. — Breonna Taylor's family and attorneys made it clear Tuesday afternoon that a settlement could not have been reached unless it also had the changes of policy and police reforms as part of the agreement.

"We must have transparency and accountability for the work that our officers do," Mayor Greg Fischer said during the announcement.

"We are fighting for a completely different vision of being in community together. We are creating something different," Keturah Herron, with the ACLU of Kentucky, said.

"We thought forth as we went through negotiating the terms of the settlement, and the reform to engage police officers within the community not just when they're dispatched to runs. But to get out to volunteer in those communities in which they serve, to get to know their communities and other settings, to live within their communities," Lonita Baker, one of Taylor's family attorneys, said.

Here's the reforms outlined in the settlement: