Intervention teams could be critical to stopping school violence

There were red flags before several of the shootings, but whether anyone was responsible for tracking those flags is a real question. 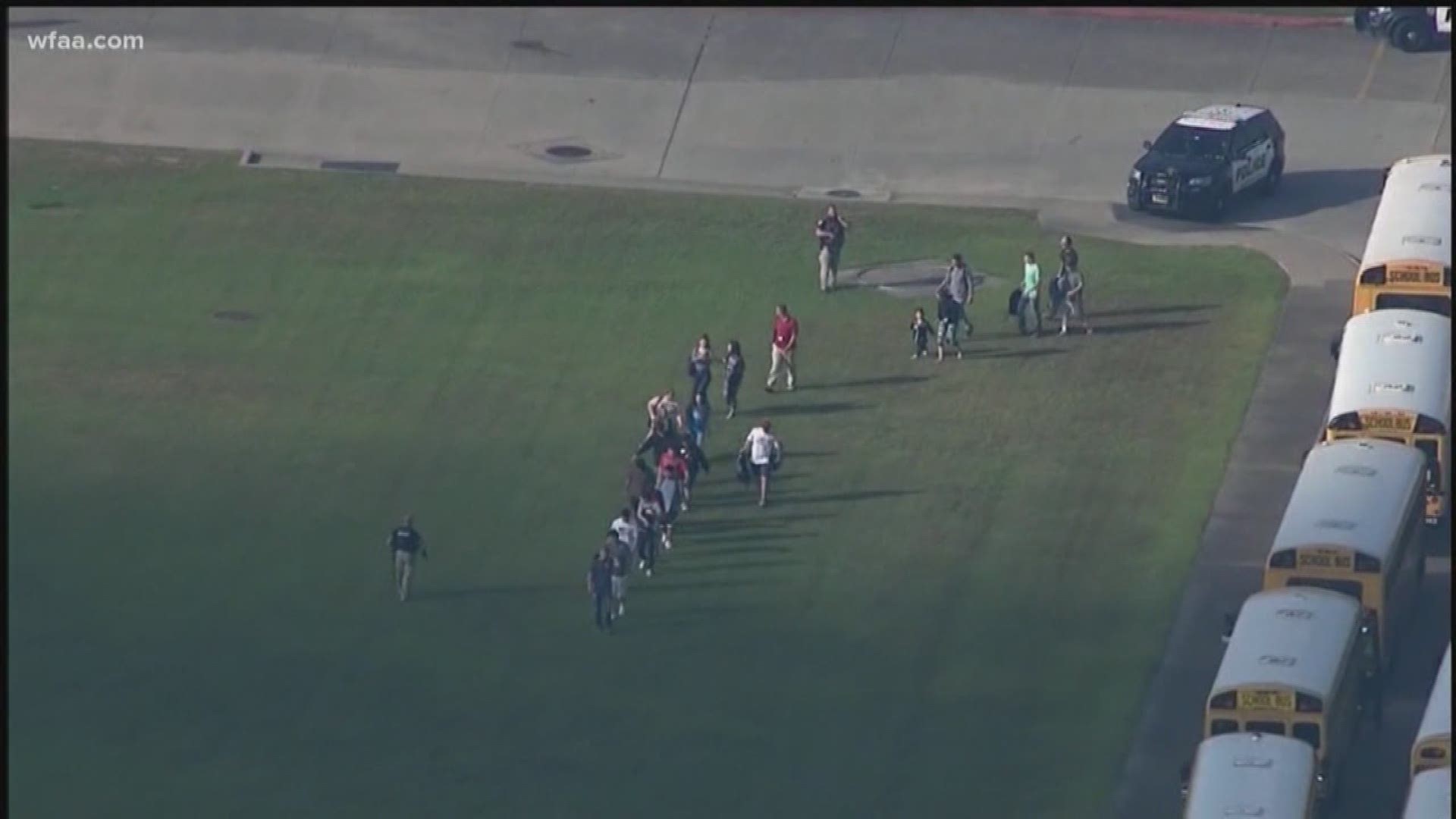 DALLAS -- It seems most suspected shooters in America’s most recent school shootings had troublesome interactions with police or classmates long before the shootings occurred.

One student told WFAA in January, minutes after a shooting at a school in Italy, Texas, “They shouldn’t have let him come to the school anymore after some of the stuff he has done.”

There were red flags before several of the shootings, but whether anyone was responsible for tracking those flags is a real question.

On many college campuses, a dedicated team is often responsible.

At the University of Texas at Dallas, Police Chief Larry Zacharias is part of the school’s behavioral assessment and intervention team. “What we’ve learned from the FBI is, with 93 percent of the school shooters, there has been this obvious change in behavior that someone has noticed,” Zacharias said. “My question is - why doesn’t it get reported and why doesn’t it get assessed?”

UTD’s team meets every Monday morning during the fall and spring. “When a faculty member or someone sees a sudden change that becomes a concern, it gets reported to us and we assess it,” Zacharias said.

The National Behavioral Intervention Team Association estimates that well over 90 percent of American colleges and universities have behavior intervention teams that meet weekly and openly talk about at-risk students and formulate a plan to help them.

Brian Van Brunt, executive director of the association, said many middle and high schools have behavioral intervention teams, too, but they are often less structured about regular meetings and less open about sharing information.

“That’s really a big frustration for me – they’re hugely impactful and they don’t cost a lot of money,” he said. “There’s a myth out there that the only way we’re going to stop school violence is by limiting building access, putting up cameras.”

“While I’m not at all against the idea of hardening schools, looking at school entrances, looking at gun laws and amplifying mental health resources, I don’t think that any of these are really the critical pieces that are going to solve our violence problems in society,” Van Brunt said. “I really do feel behavioral intervention teams and care teams are going to be the solutions to these issues.”

Zacharias says every week, the UTD team helps struggling students get counseling or medication or even hospitalization.

“It’s just not really realistic to approach everything with a machine or with technology. There’s got to be a hands-on approach, there’s got to be behavioral intervention,“ he said.

“It’s a very difficult problem and it’s going to take difficult things to solve the problem. This is one of those things that I believe, and many others believe, can really have an impact on identifying that behavior and preventing this type of harm.”