As eSports ascends into a $1 billion industry, the Texas school helps mentor the next generation of gamers. 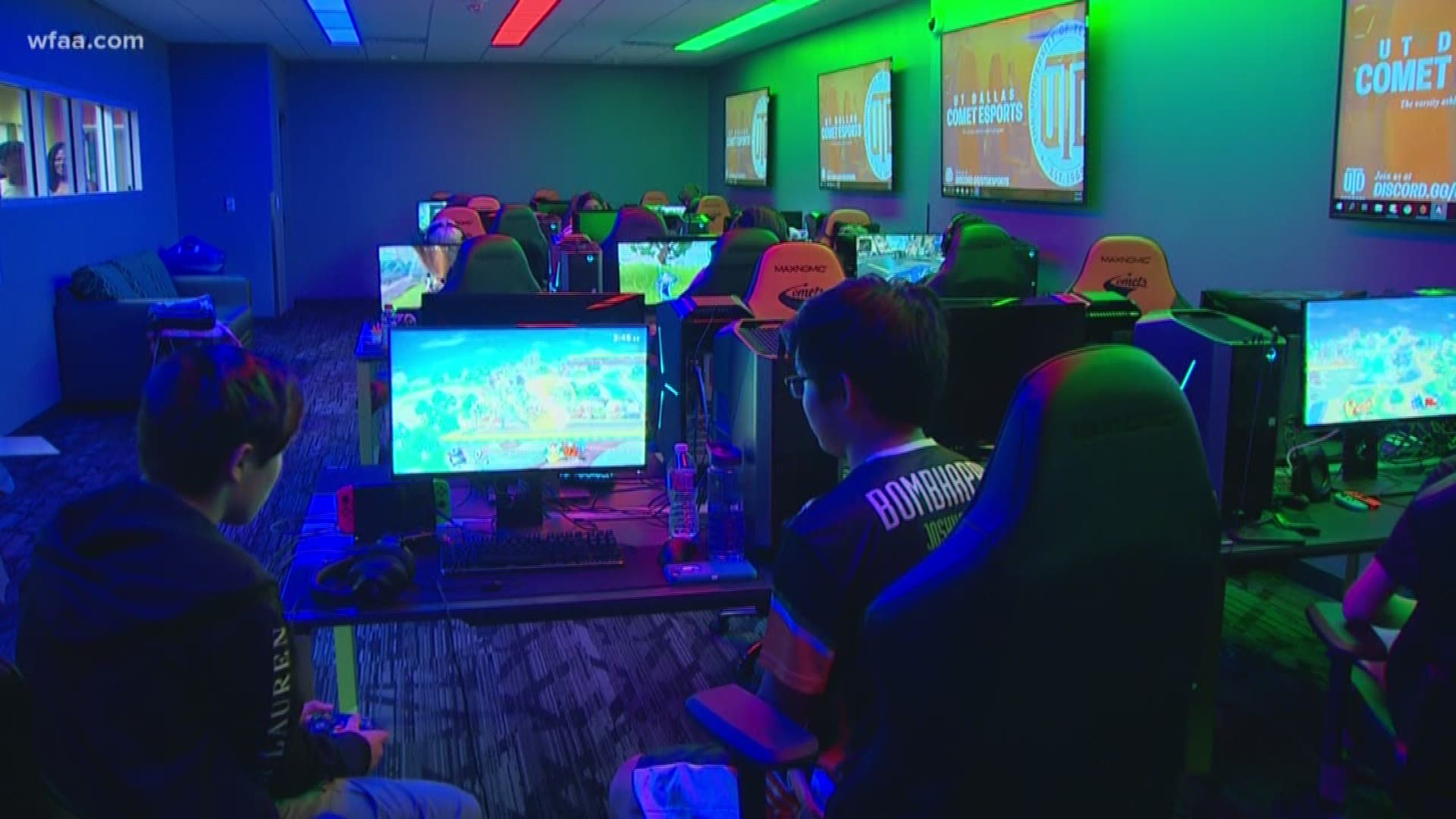 RICHARDSON, Texas — On the campus of UT Dallas, you'll find a small room in the Student Union with a bright orange wall.

Inside, it's a dark room illuminated by various vibrant colors.

But, this is no nightclub.

It's where the gamers come to party.

The Sector 7 Energy Gaming Arena is the home of the Comets — the UT Dallas eSports team, which is recognized by the school as a varsity athletic sport.

"Across the board, you're seeing eSports growing," says Greg Adler, the UTD eSports team's head coach and director of training. "I was a music teacher before this."

The team is comprised of dozens of college students who compete in video game tournaments around the country, and the Comets are among the nation's best.

This summer, the UT Dallas eSports team hosted a three-week camp to mentor and teach the next generation of gamers. Campers ranged in age from 10 to 21 years old.

"As far as I'm aware, we're the only school in the entire state of Texas that offers this," acknowledges Adler. "A camp or a program like this could be the first step for someone to find their dream job in eSports."

That's not hyperbole. For many young kids, there's a future in eSports.

The eSports industry has exploded over the last five years and is expected to be worth more than $1 billion dollars by year's end.

By 2021, some researchers believe eSports will have more viewers than every major sports league except the NFL.

To the younger generations, eSports are well-known and, in some circles, wildly popular. The older generations are tougher to convince.

"A lot of times, I tell people to come and watch," says Adler. "You don't need to be a certain height, or athleticism, or gender or ethnicity. You can be literally anybody and play any game at any point."