Inside the mind of suspected Baton Rouge shooter

As it turns out, the Baton Rouge cop killer was here in Dallas three days after the ambush on officers in downtown. 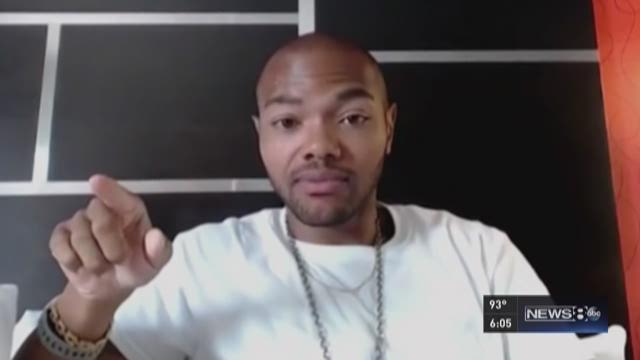 DALLAS — As it turns out, the Baton Rouge cop killer was here in Dallas three days after the ambush on officers in downtown.

He wasn’t in town to attack or protest but apparently to market his holistic fitness and nutrition books. And while we don't understand exactly what his psychosis was, one local expert who looked at the videos Gavin Long posted on July 10 sees a man who was clearly mentally disturbed.

In one of his videos posted on You Tube, Long, also known as Cosmo Setepenra, hardly seems like a man on the threshold of committing a heinous act of violence against Baton Rouge police. But a closer inspection of his video lecture yields a few clues of his capabilities for violence.

"So I know [police] would try to arrest me and I know I would die right there because they are not going to kidnap me," Long said.

At some point during his trip to Dallas, he found his way into two local barber shops to give away his books. In one of the shops he goes on a meandering rant about adult responsibilities.

"Rearing somebody else, that's a purpose,” Long said. “Jesus' mama, Mohammed's mama, they daddy, they uncle, Jesus uncle enthroned him, you get what I'm saying? That's a purpose."

And it's this behavior that has professional counselor Dr. Brad Schwall, of Dallas, commenting about familiar signs of mental distress.

What Schwall is less sure about is any potential link between Long's experience in the military and his sudden violent outburst. But he does say the possibility should be explored. Long is just the latest in a string of mass shooters with Texas ties who have taken tours of duty overseas.

Long served in Iraq in 2008 and 2009. Micah Johnson, the killer of five Dallas police officers on July 7 served in Afghanistan in 2014. Last month, Dionisio Garza, an Army vet with seven tours of duty behind him, went on a shooting rampage in Houston.

Two years ago, Ivan Lopez, an Army veteran who served in Iraq, went on a shooting spree in Fort Hood, killing three, wounding 14.

But Veterans Administration psychiatrist Dr. Lia Thomas says there's no definable connection between violence and the mental health of returning veterans. In fact, she says making that connection might make it worse for veterans.

"There's a lot of mental health stigma out there and we need to work as a community to minimize that and decrease it," Thomas said.

Thomas says the VA Medical Center in Dallas has the largest psychiatric treatment programs in the country and she encourages veterans and their families to come get help if they see any signs of mental or emotional distress.