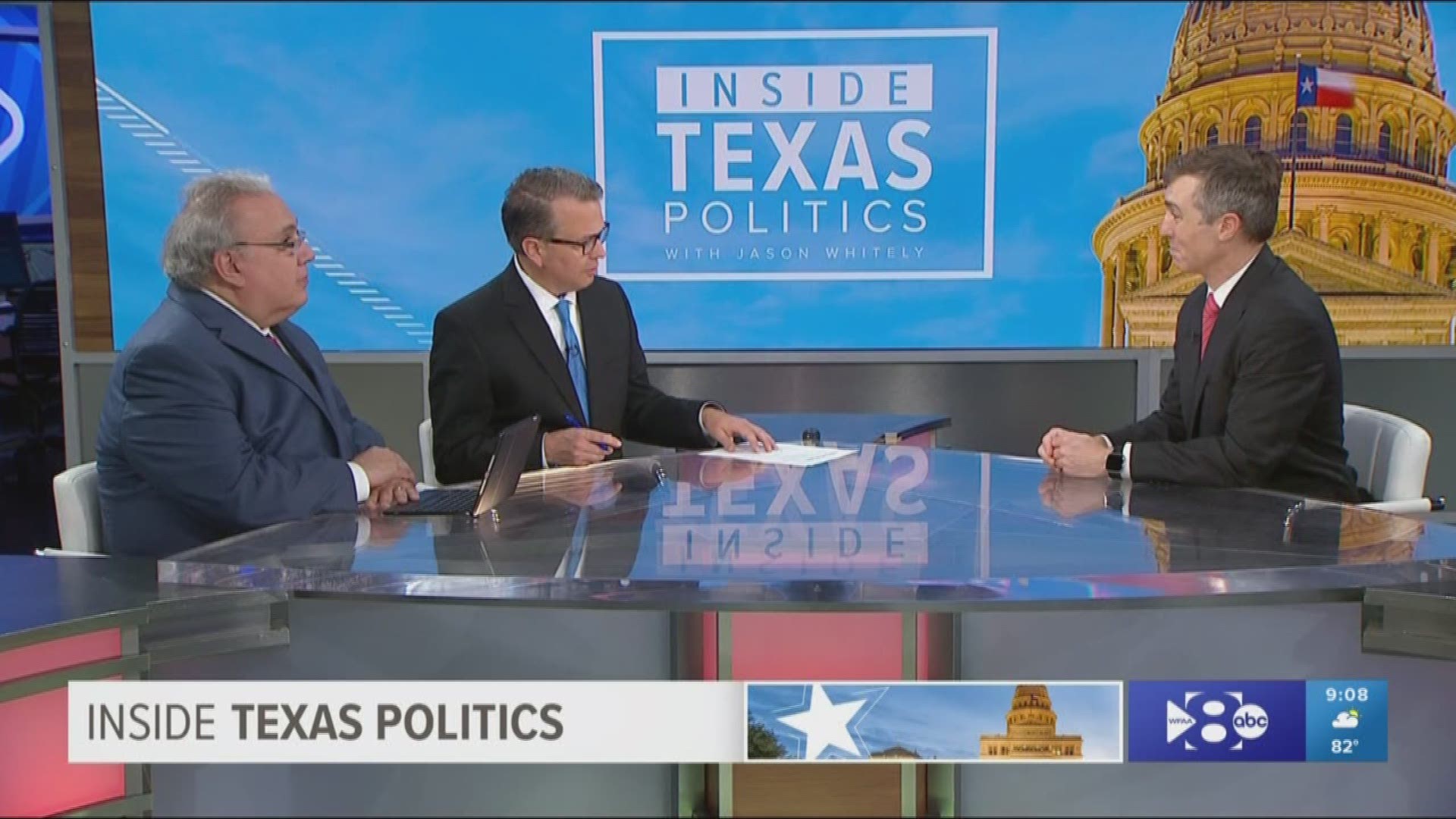 U.S. Rep. Van Taylor, R-Plano, sat down with host Jason Whitely and Bud Kennedy from the Fort Worth Star-Telegram to discuss the latest reports coming out the border. They also talked about Taylor’s ability to work across the aisle. There is a lot of talk in Washington, D.C. about the conservative Republican from Plano working with Democrats in the House. 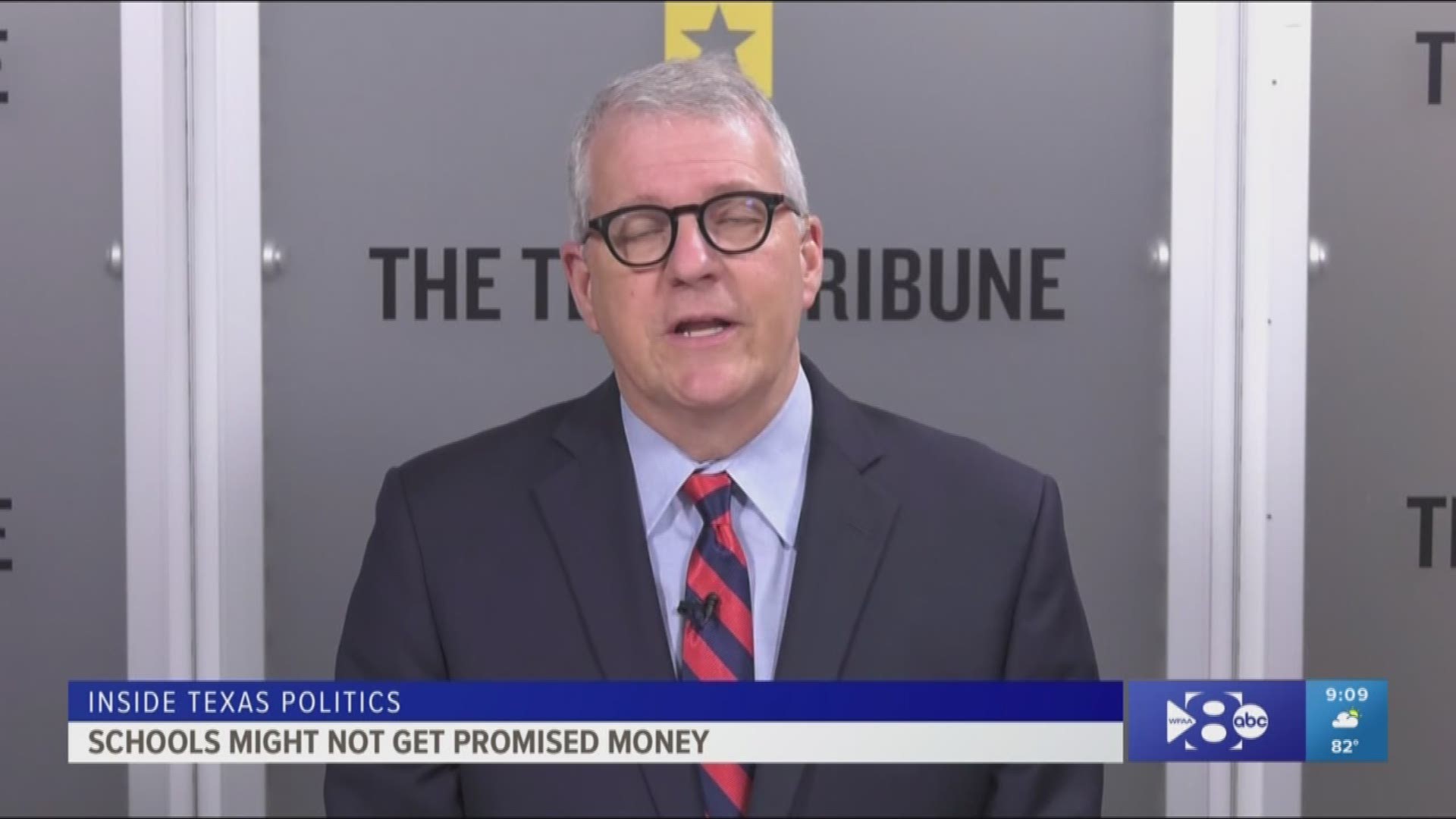 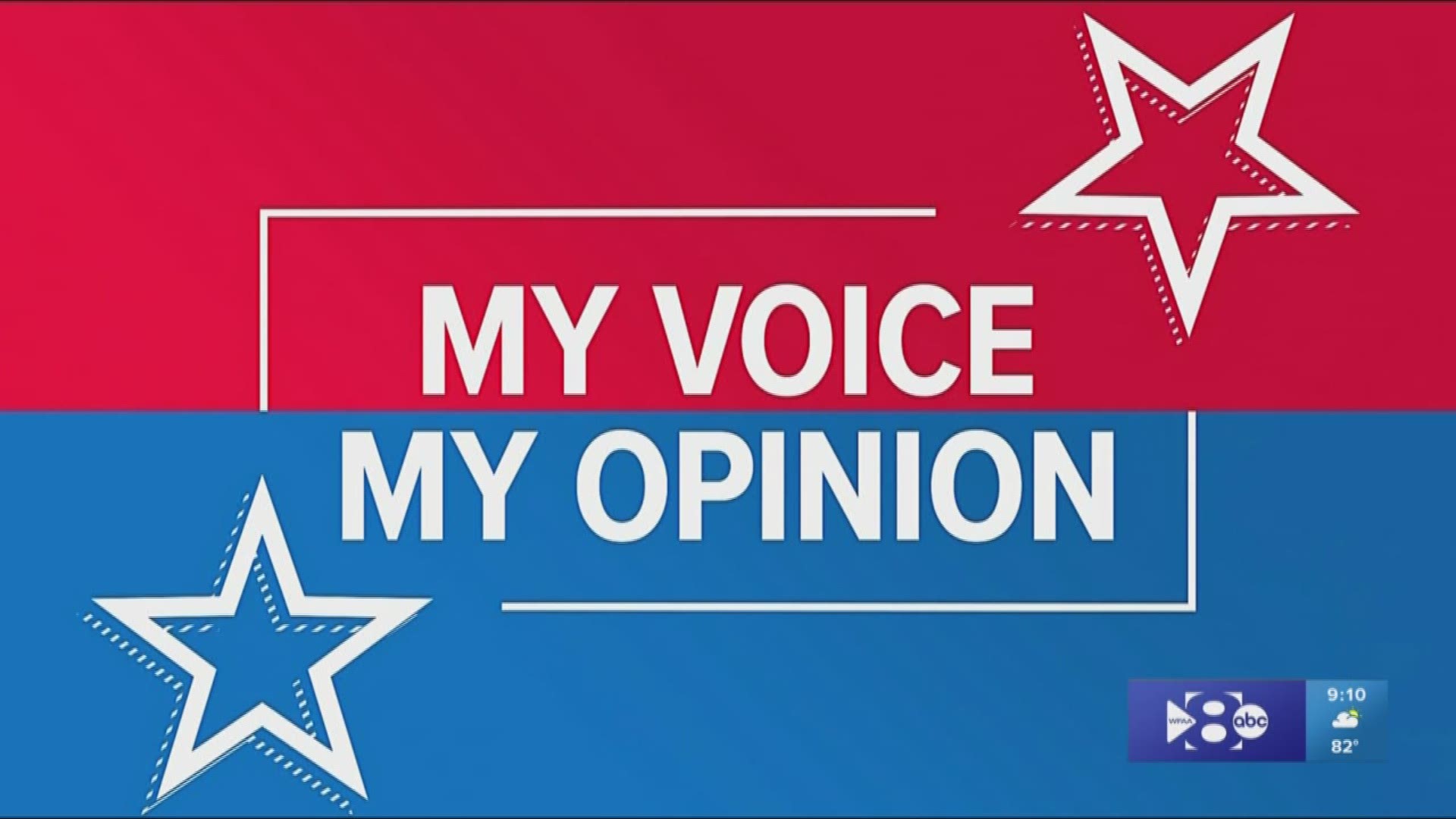 Dallas police Chief Renee Hall faces criticism about the rising crime rate and the a vote of no confidence from police associations. Cydney Walker with Coffee and Politics 101 puts the situation in perspective in this week’s My Voice, My Opinion. 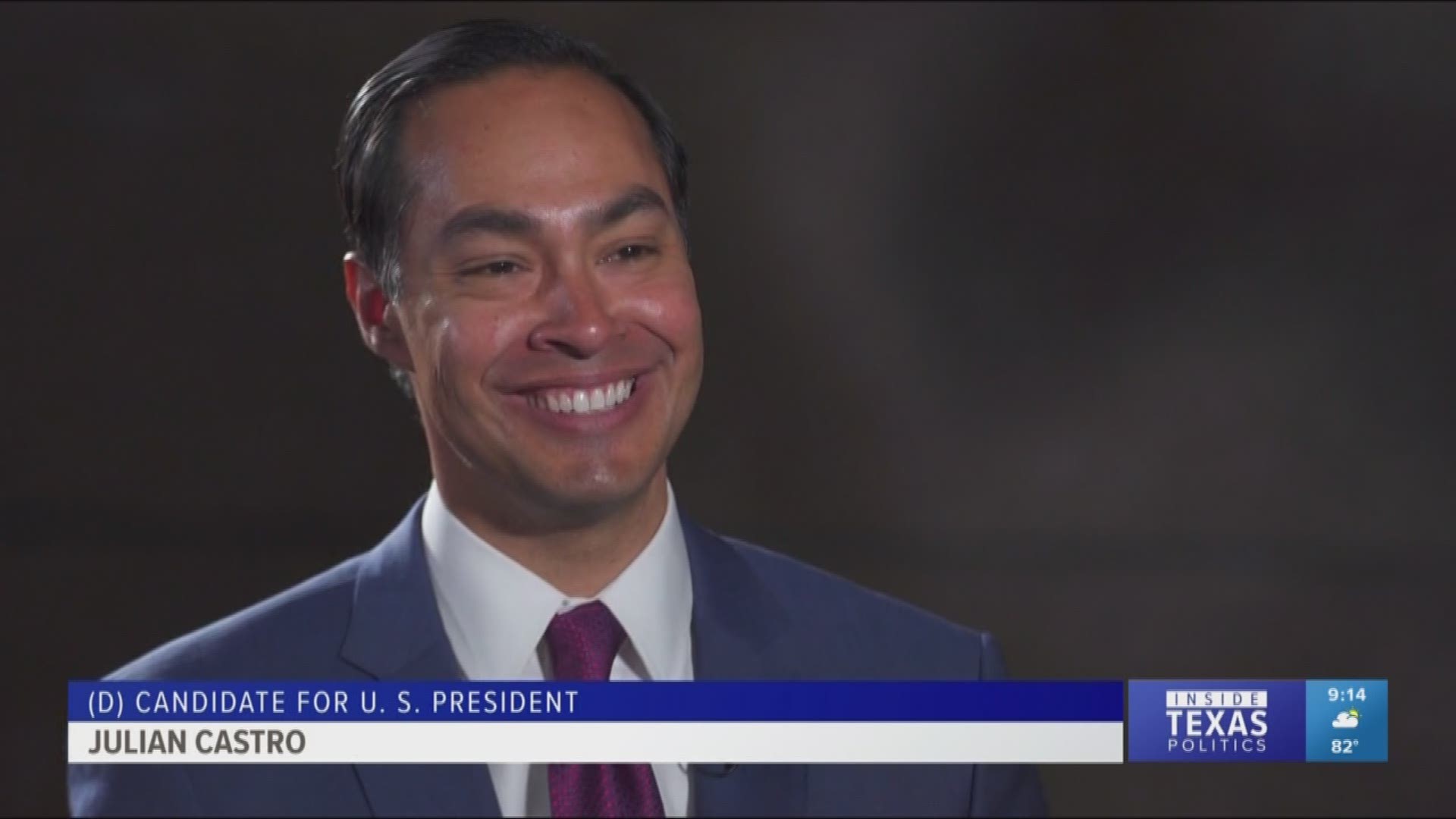 Former HUD Secretary Julian Castro needed a breakout moment in his campaign for president. He got one in Miami during the second night of the first Democratic 2020 presidential primary debate. Can Castro keep up the momentum – and build on it? He sat down with host Jason Whitelywhen he brought his presidential campaign to North Texas. 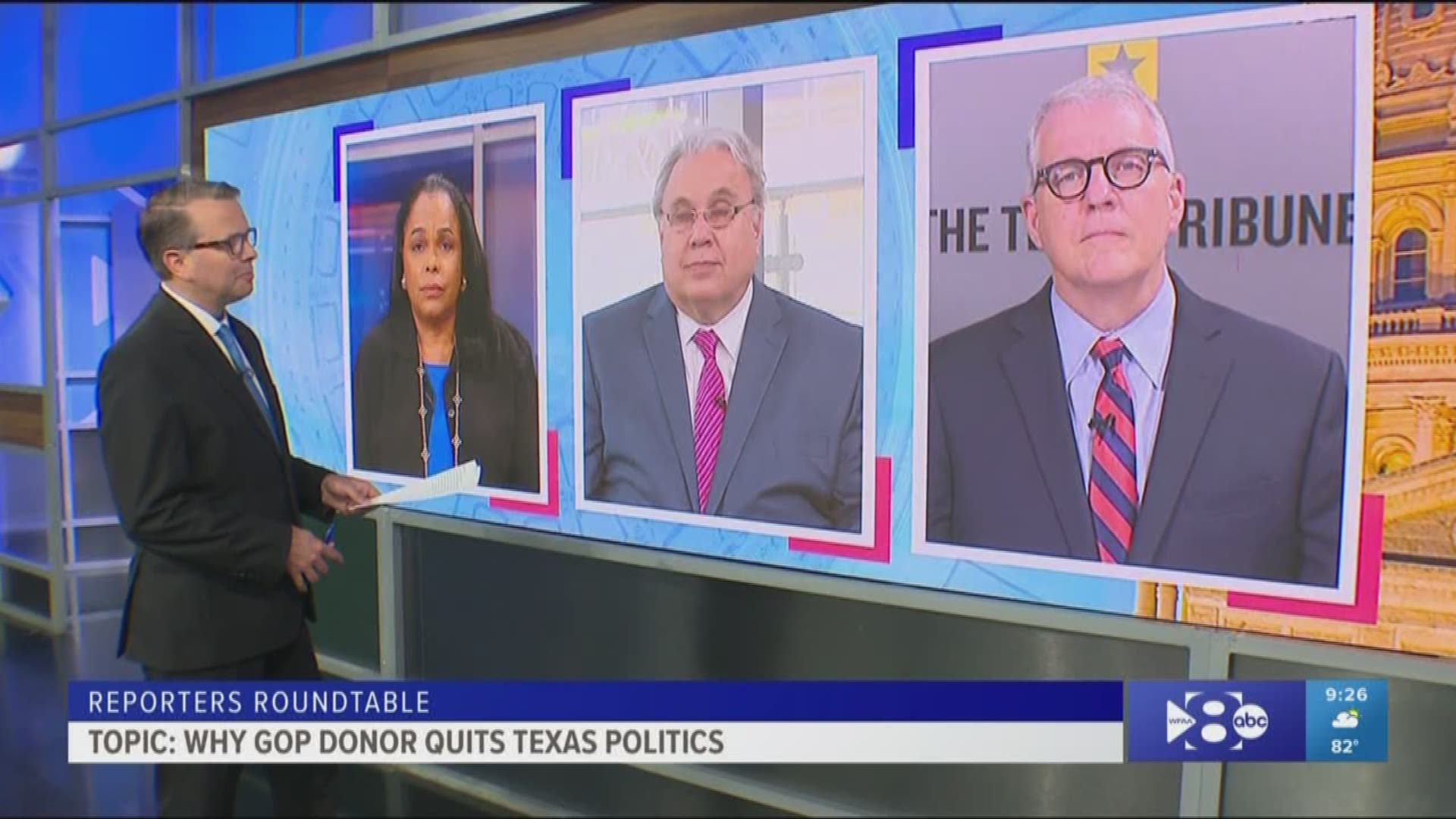 Reporters Roundtable puts the headlines in perspective each week. Ross Ramsey and Bud Kennedy returned along with Berna Dean Steptoe, WFAA’s political producer. Ramsey, Kennedy and Steptoe joined host Jason Whitely to give perspective on retired Lt. Col. Allen West’s announcement that he would run for chair of the Texas Republican Party. The journalists also discussed the effect a big donor's pull out of Texas politics will have on the 2020 primary eight months away.