Inside Texas Politics began with one of the most competitive Texas Senate races in the state, District 10. 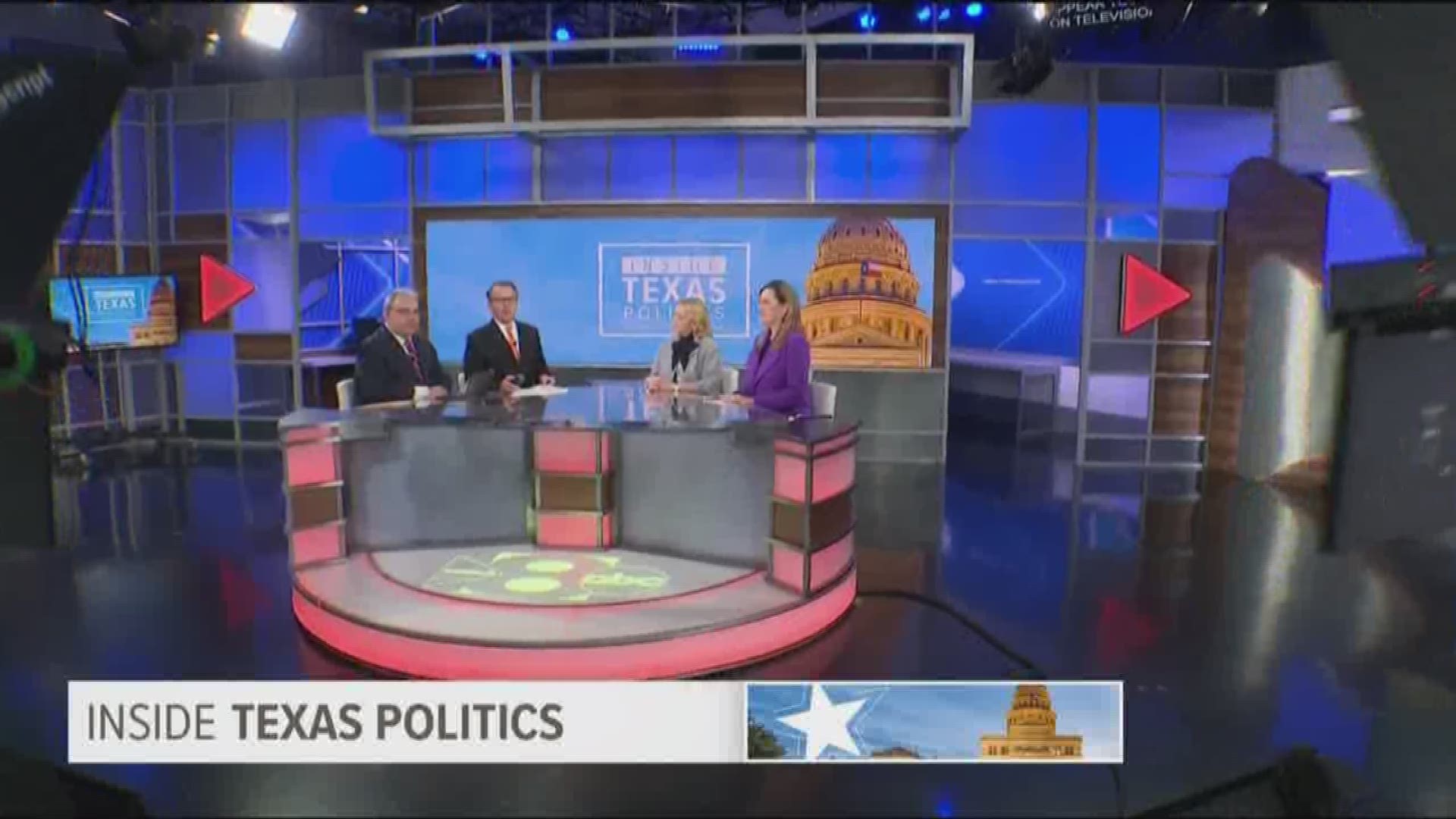 Inside Texas Politics began with one of the most competitive Texas Senate races in the state, District 10. Incumbent Republican Konni Burton faced off with Democratic challenger Beverly Powell. State Senate District 10 often swings from Democrat to Republican. It includes Fort Worth, Arlington and cities all the way up to Southlake. Senator Burton and Ms. Powell joined host Jason Whitely and Bud Kennedy, of the Star-Telegram, to discuss property taxes, education, and how effective a Democrat can be in the Republican-controlled Texas Senate. 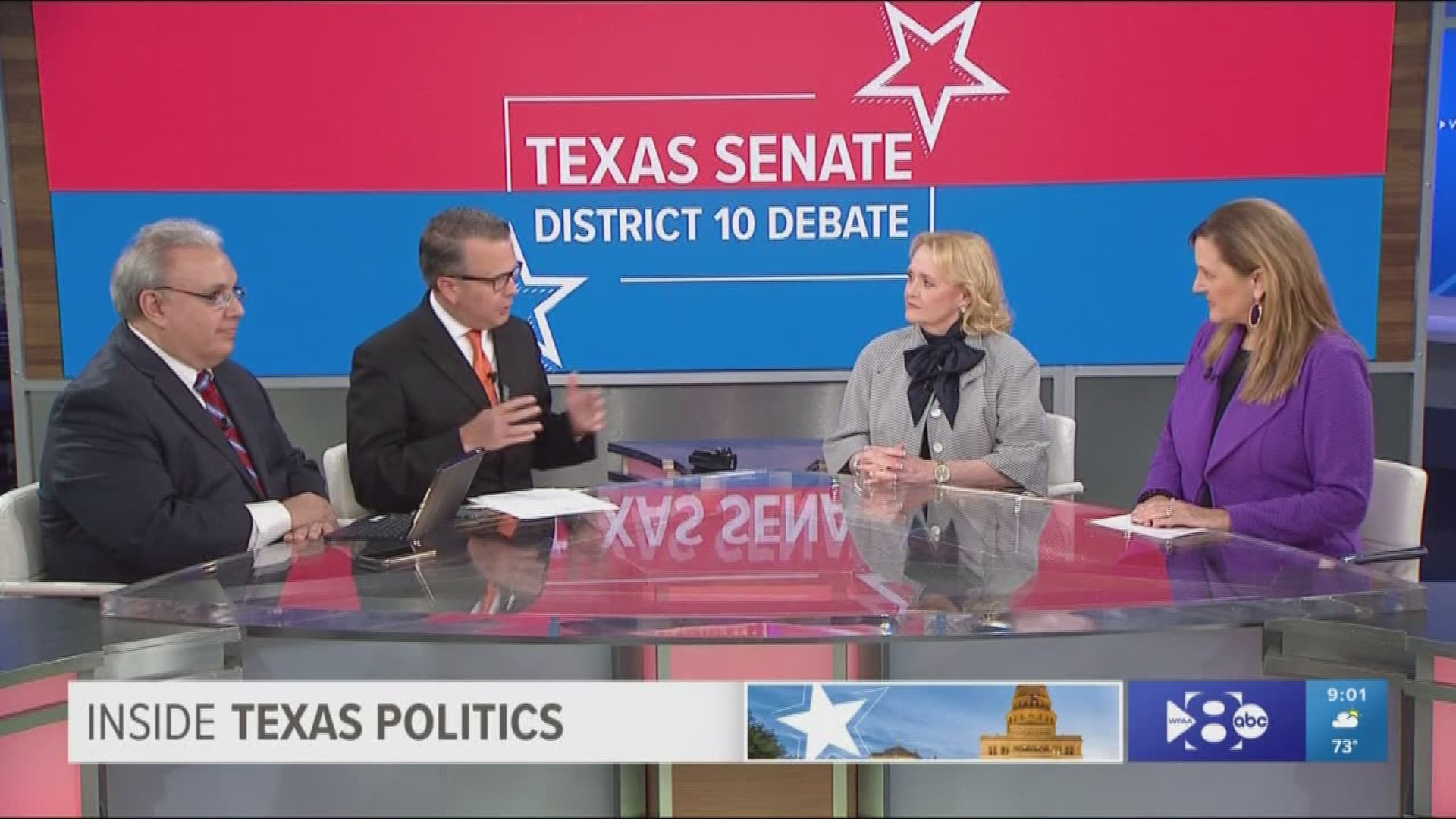 U.S. Senate hearings aren't always watchable TV. However, the political drama surrounding Supreme Court nominee Brett Kavanaugh has captivated the country. It also inspired Debbie Georgatos, from 660AM The Answer, to give her take in this week’s My Voice, My Opinion. 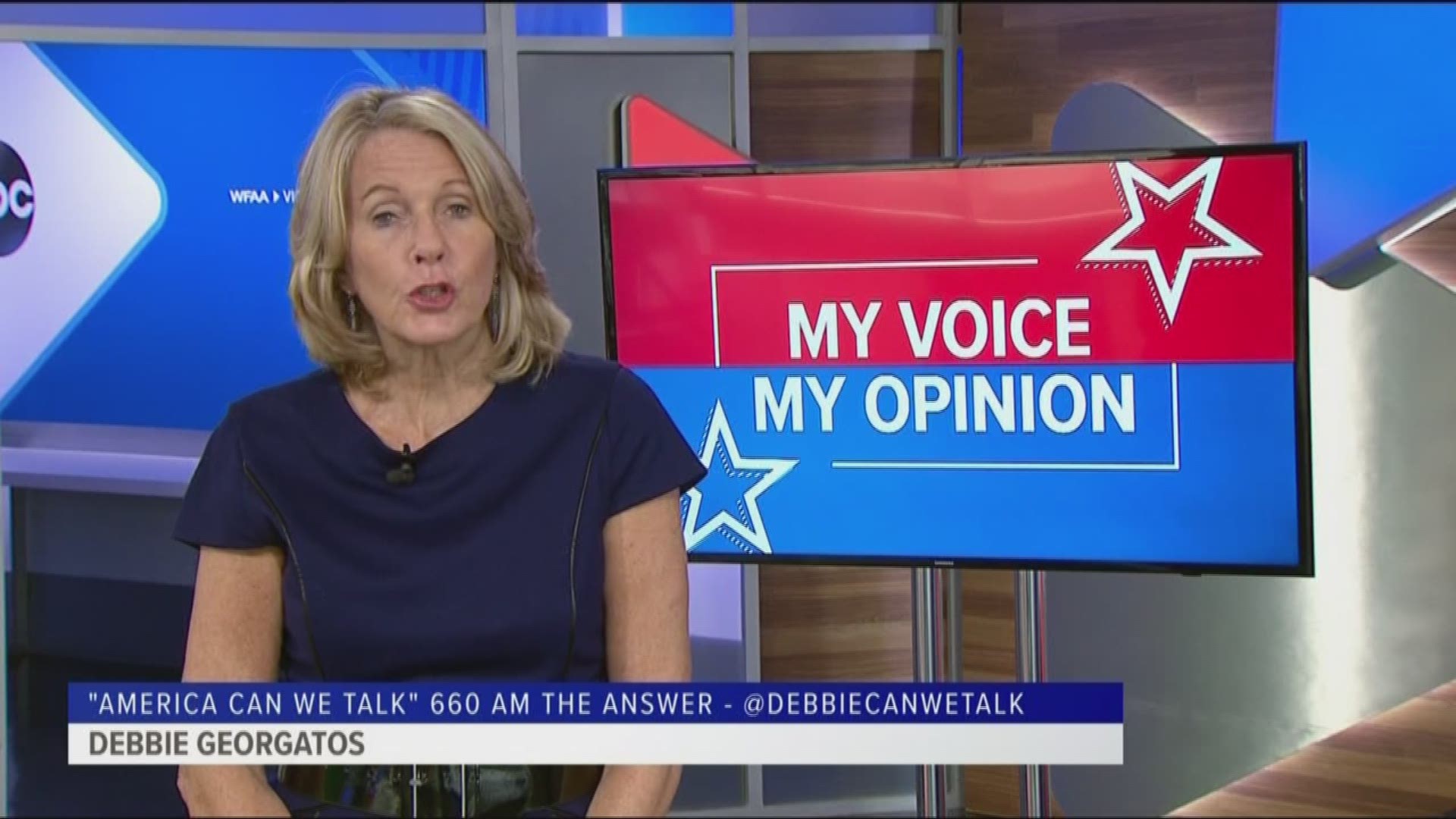 Why not just investigate the case involving Supreme Court nominee Brett Kavanaugh and settle it? That question has Flashpoint all fired up. From the right, Mark Davis of 660AM The Answer. And from the left, author and producer Katie Sherrod. 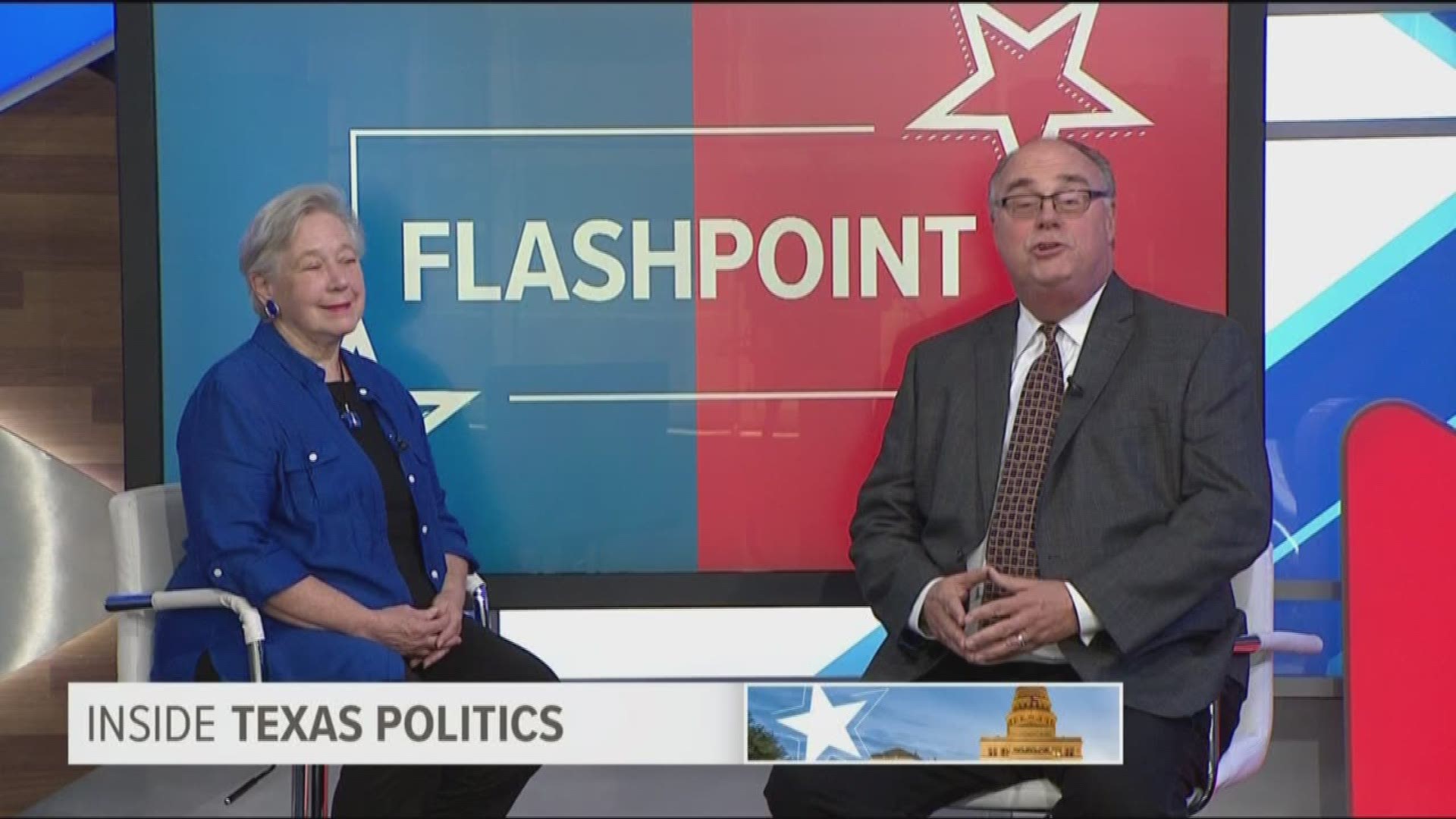 Reporters Roundtable puts the headlines in perspective each week. Bud Kennedy of the Star-Telegram returned along with Berna Dean Steptoe, WFAA’s political producer. Bud and Berna Dean discussed who benefits from the postponement of the second debate between Senator Ted Cruz and Democratic Congressman Beto O‘Rourke. 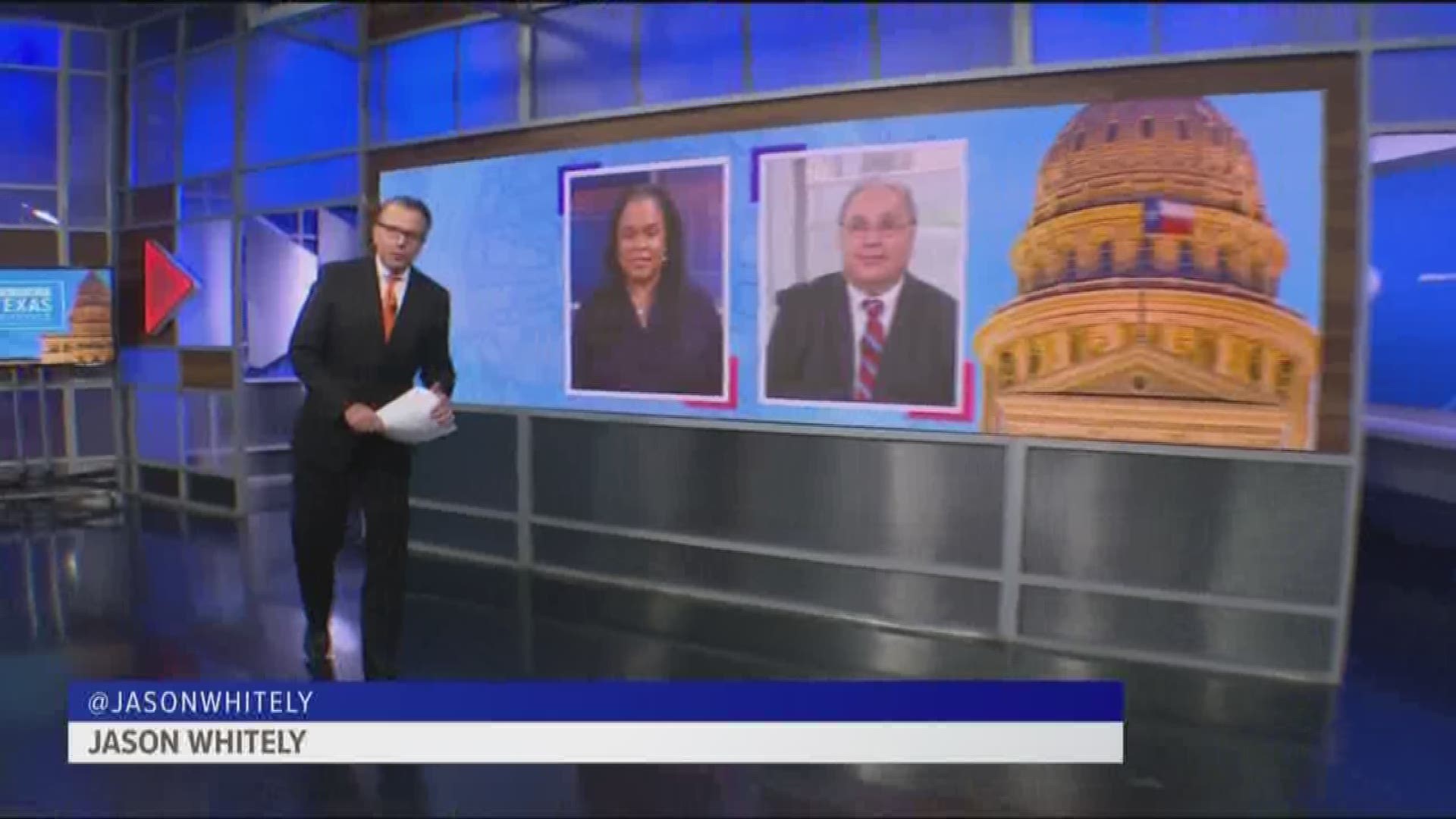 The U.S. Senate debate was scheduled for Sunday (September 30), but canceled because of committee meetings and votes related to Supreme Court nominee Brett Kavanaugh. Berna Dean and Bud also offered perspective on the increase in voter registration in Texas. Texas has a million and a half new voters for the upcoming November election. Ross Ramsey, co-founder and executive editor for the Texas Tribune, was off this week.