Veterans, red light cameras, property taxes and the Mueller Report: It's all here on 'Inside Texas Politics.' 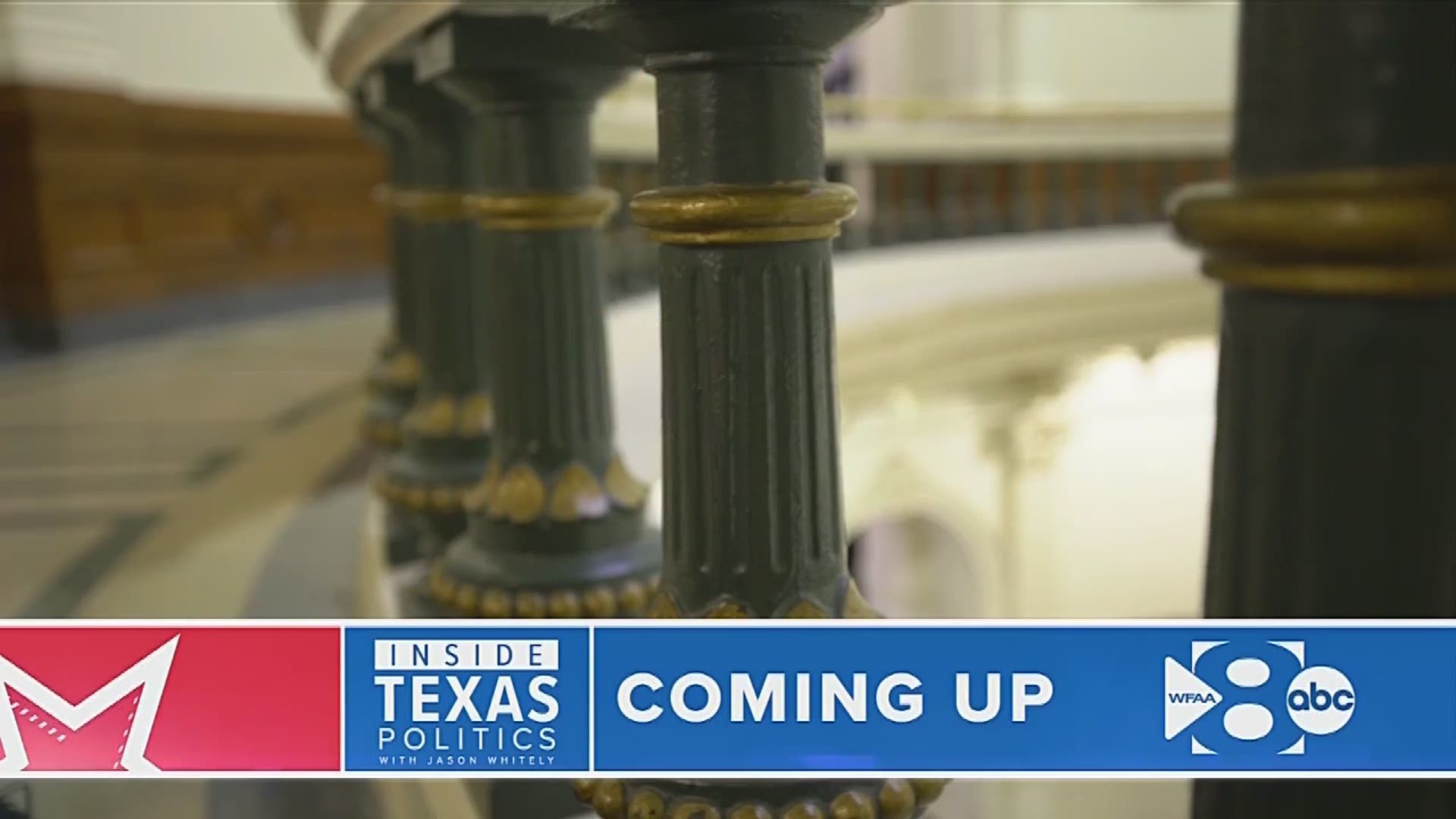 Inside Texas Politics began with one of the newest congressman representing North Texas. Republican U.S. Representative Van Taylor (Dist. 3) discussed how veterans like him are changing the way Washington works. He joined host Jason Whitely and  Bud Kennedy of the Fort Worth Star-Telegram to also talk about whether the U.S. should send the military into Venezuela. And the bipartisan congressional support for the bullet train. 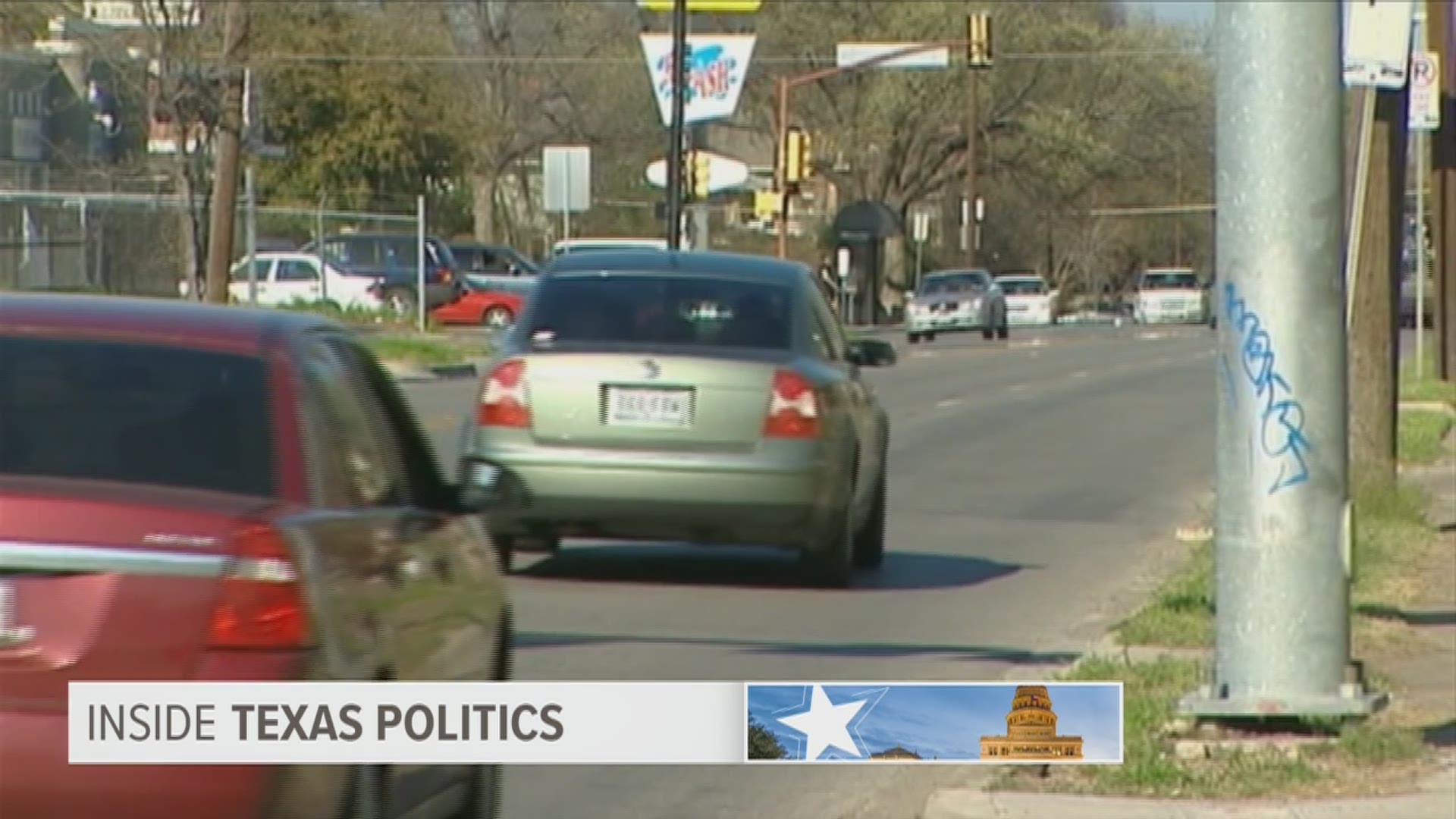 Lawmakers have tried for years to unplug red light cameras but never had statewide political support. This session state Representative Jonathan Stickland might get a law passed to do away with the cameras. Ross Ramsey, the co-founder and executive editor of the Texas Tribune, joined host Jason Whitely to give perspective on whether red light cameras will actually go away. They also discussed thetense debate in the Texas Senate over whether local governments can remove Confederate monuments. 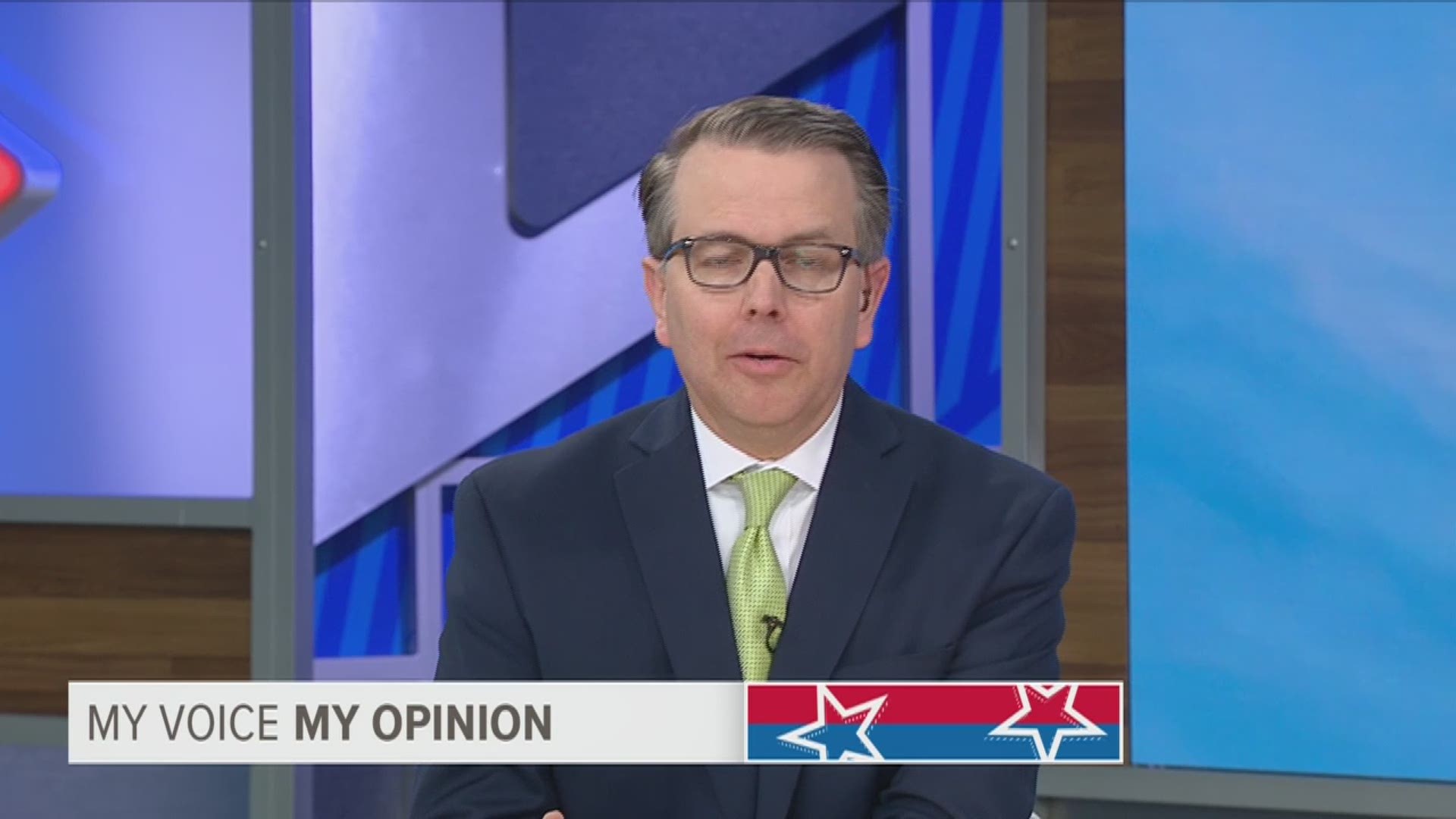 There are four weeks out now to the June 8th runoff that will determine the next Dallas mayor. Local elections don't get the kind of turnout that presidential elections do. Contributor author and producer Katie Sherrod considers that pathetic in this week’s My Voice, My Opinion. 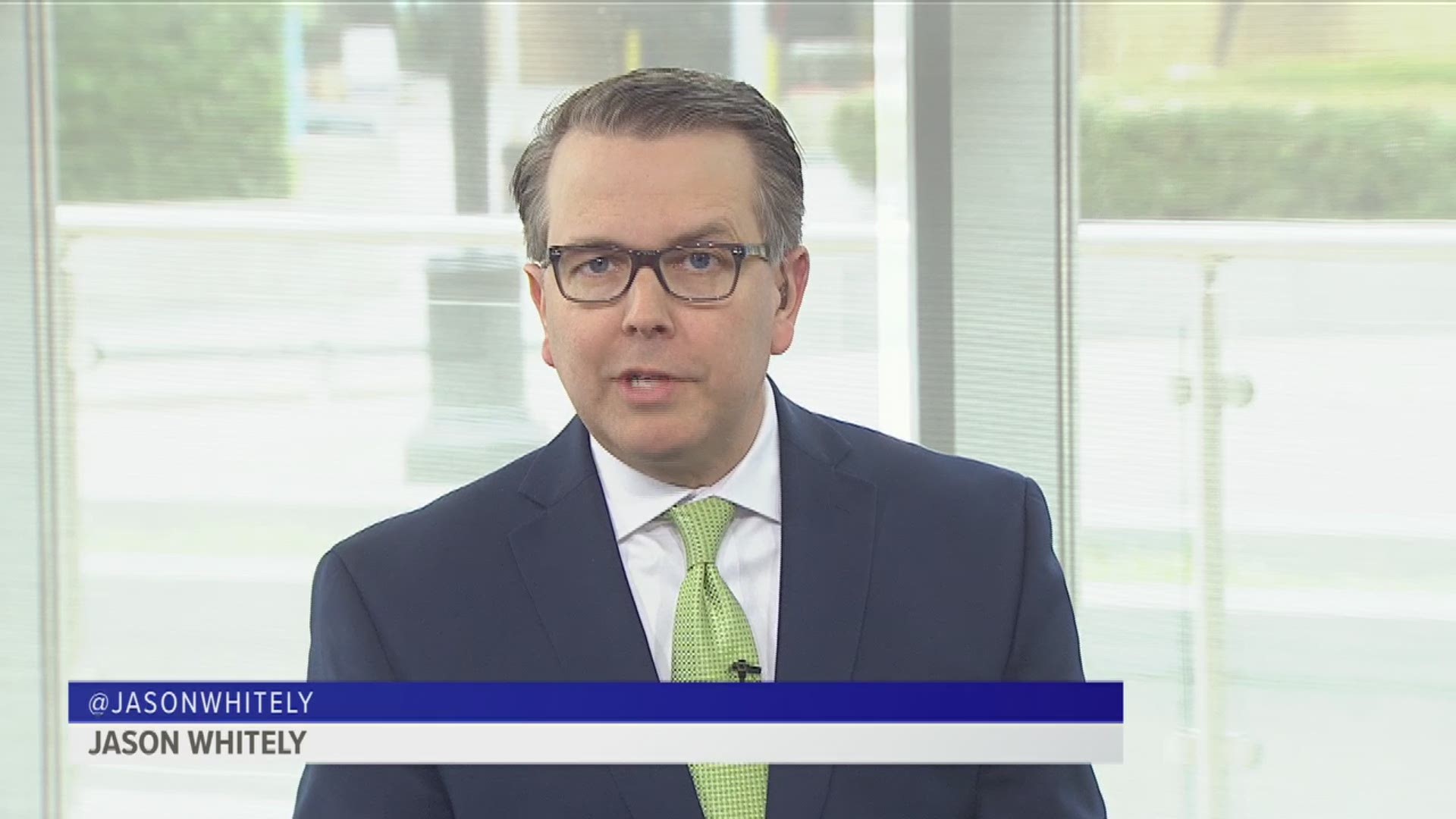 Texas Governor Greg Abbott wanted to raise the sales tax to lower skyrocketing property taxes. However, lawmakers from both parties killed the idea. It is unusual for a Republican governor to want to raise taxes.  Matt Mackowiak, chairman of the Travis County Republican Party,  joined host Jason Whitely to discuss whether this will hurt Governor Abbott. Mackowiak is also the owner of Potomac Strategy Group, 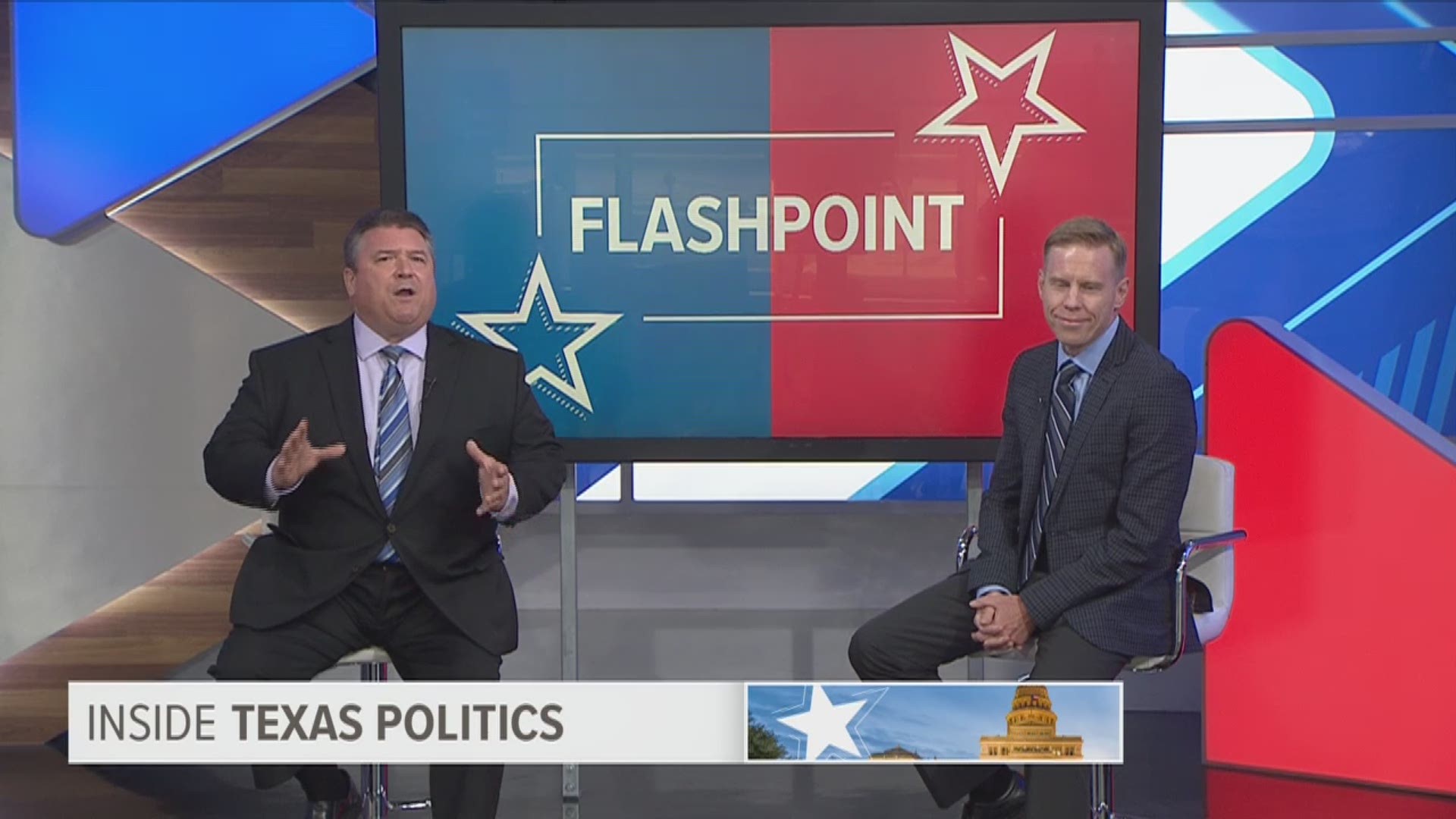 A tweet this week suggested that President Donald Trump should get an extra two years added onto his first term because of the Mueller investigation. That tweet sparked this week’s Flashpoint.
From the right, Wade Emmert, Dallas County's former Republican chairman. And from the left, Rich Hancock from VirtualNewsCenter.com. 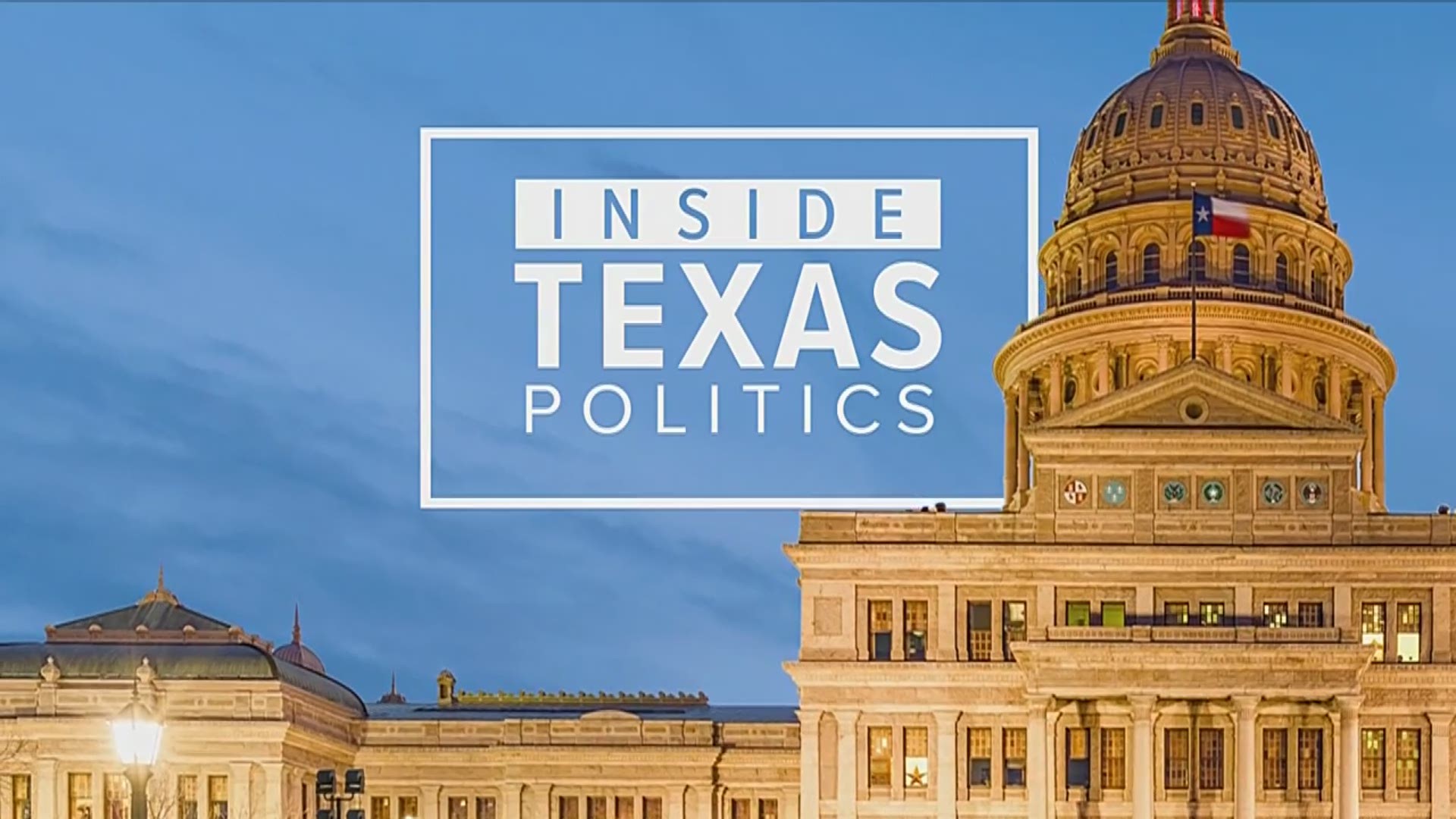 Reporters Roundtable puts the headlines in perspective each week. Ross Ramsey and Bud Kennedy returned along with Berna Dean Steptoe, WFAA’s political producer. Ross, Bud and  Berna Dean joined host Jason Whitely to offer perspective on what’s going to get done now that time is running out on the legislative session. Also discussed was the Dallas Mayor’s runoff election between Eric Johnson and Scott Griggs.  Who’s in the best position Johnson or Griggs?