In one remarkable act of kindness, a student from DeSoto had $50K in college debt wiped out

Ross Jordan and his family sacrificed and scraped by to get him through Morehouse College. 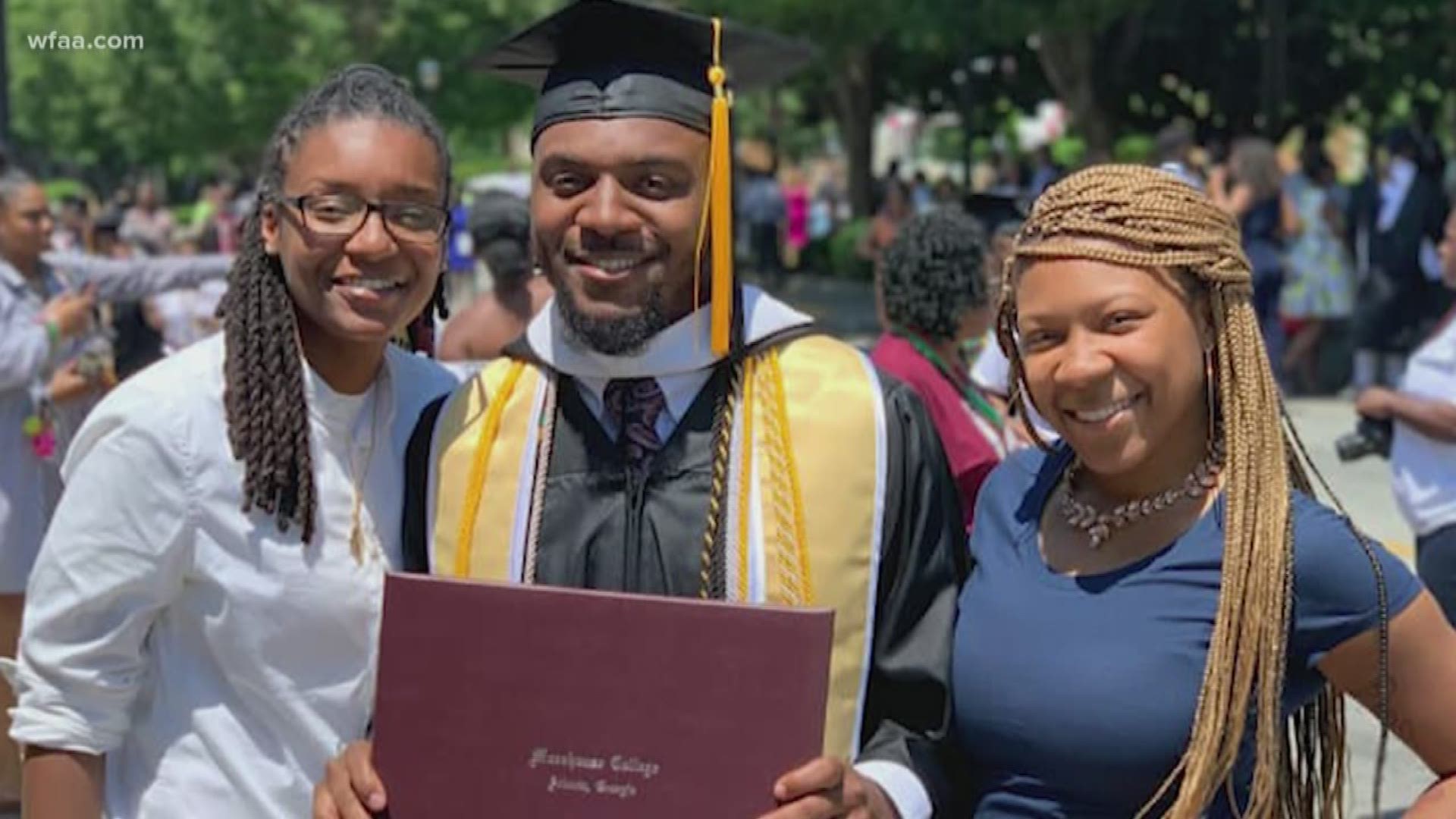 DESOTO, Texas — Ross Jordan was filled with pride as he walked to his seat at Morehouse College’s commencement exercises. He raised his chin when he spotted his family. They clapped and cried. He was beaming, despite being $50,000 in debt.

Moments after the Class of 2019 filed in, commencement speaker Robert F. Smith, a billionaire investor from Austin, took the stage and suddenly that debt was gone.

“My family is making a grant to eliminate their student loans,” Smith said, to the surprise of every person in attendance.

The shocked faces of faculty and administrators behind him were proof no one knew he was going to pay off every loan hanging over the head of every graduate, including Ross Jordan’s.

“We were all skeptical, like, ‘What he’d just say?’” Jordan said on Monday from Atlanta, where he was still processing what happened the day before.

Jordan graduated from DeSoto High School in 2015. He was senior class president, and it was a struggle.

“It was me and my mother in a one-bedroom apartment, both working two jobs just to make ends meet,” he said. “We moved five times in two years of high school.”

“It gave me a sense of responsibility,” he said. “And when I set foot on Morehouse’s campus, I told my mother that no matter how many loans I have to take out, and no matter what I have to do, I’m willing to do it because I know once I finish here, it’ll be worth it.”

Jordan received a scholarship, but it wasn’t enough to cover the cost of tuition and room and board.

“My sophomore year they told me I had to pay $10,000 in a month or I couldn’t return to school,” he said. “Luckily, I have a family member who allowed me to stay with her. And — the love of my mother — she gave me her car all the way in Atlanta from DeSoto for a full semester, just so I could continue to afford to go to Morehouse.”

Jordan chose to go to Morehouse after being mentored by DeSoto School Board Trustee Aubrey Hooper, a Morehouse graduate himself.

He’s still paying off his own student loan debt, after graduating in 2005. He’s mentored several students from DeSoto who chose to attend Morehouse.

“I think it was a message not just to Morehouse alums but to the world that we have a responsibility to pay it forward and give back to individuals who might not be as blessed as us,” he said. “It allows them to pursue their wildest ambition.”

Jordan, who earned a degree in kinesiology and was the top graduate in his department, said his class is now poised to make decisions about their future without worrying about debt.

He’s going to Columbia now to pursue a master’s degree in kinesiology.

“God truly blessed me in a way I don’t think I’ll ever understand how great it is,” he said, “until maybe I have kids, or my friends start talking about paying back loans. I’ll be like – ‘Man, you know what? Robert Smith took care of that for me.’”