'I think her last heartbeat was when we got her out of the car': Dallas police failed to give medical treatment to woman who died in custody

In videos released Wednesday, Dallas police are seen dragging Diamond Ross into a holding cell while she is unresponsive. 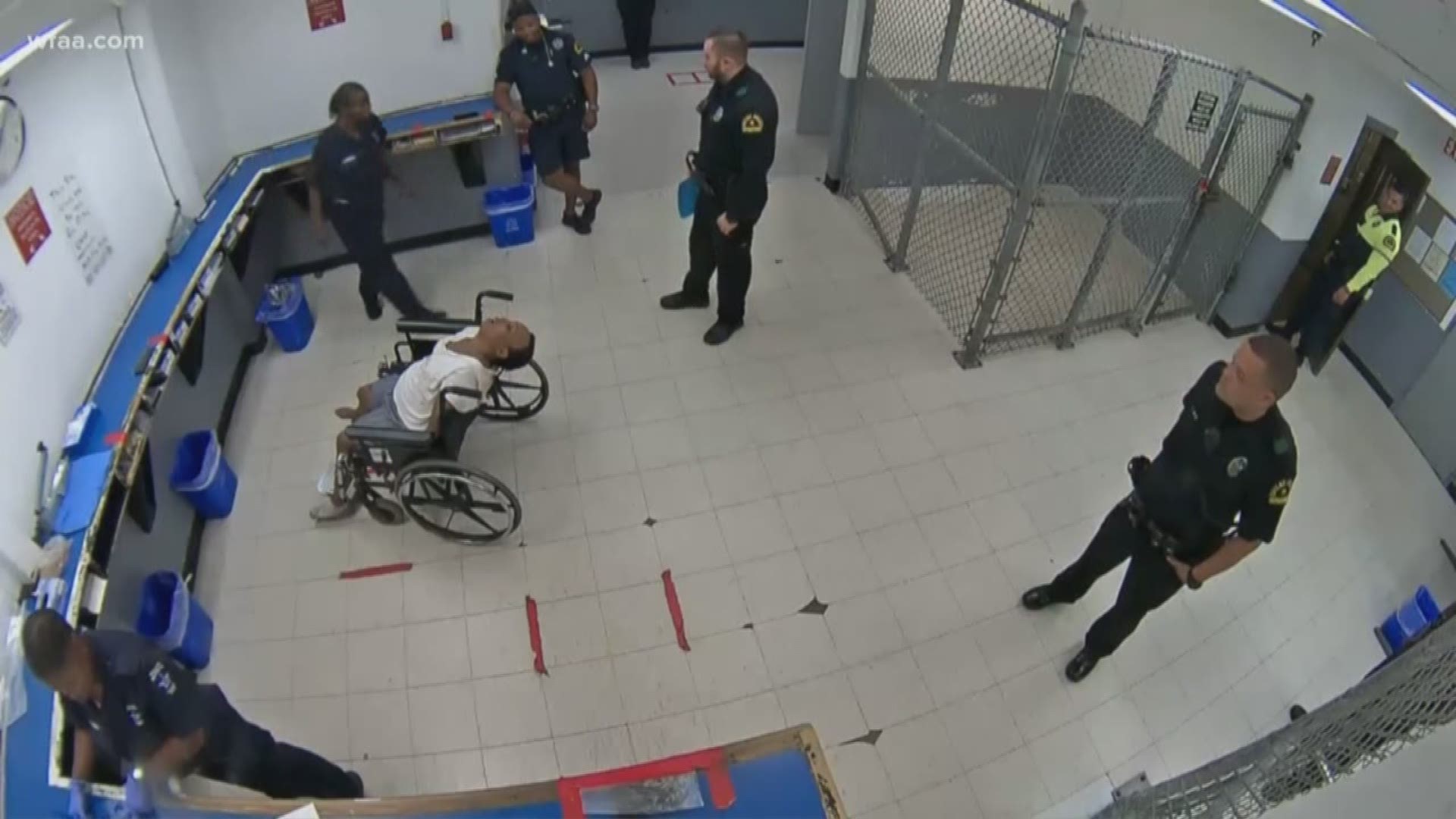 DALLAS — Diamond Ross' family says she was treated less than human as she was dying in Dallas police custody last August.

In August 2018, Dallas police were initially called to a domestic disturbance. Police said Ross, high on PCP, fought with them when they arrived.

According to the videos, Ross went into medical distress as officers were trying to arrest her.

Dallas Fire-Rescue treated her at the scene, and despite her being almost unresponsive, they told police it was OK to take Ross to jail.

She was arrested for having outstanding warrants, police said.

Video obtained by WFAA shows what happened once the officers arrived with Ross at the City of Dallas Detention Center.

They take Ross out of the squad car and leave her on the pavement.

Then you see them pick her up and carry her into the jail.

She's then dragged into a holding cell and left there. Police officers don’t attempt any form of CPR.

"Nobody should be treated like that, nobody," said Diamond's mother Ethelyn Ross.

RELATED: 'Like she was less than a human': Family reacts to treatment of woman in Dallas police custody before overdose death

Ross is then put into a wheelchair and officers walk off.

"You see the way they just plopped her down in that chair. That's disrespectful,” Kia-Tenai Thomas said about the treatment of her aunt.

At the 12-minute mark on the video, paramedics arrive to help.

Ross was taken to Baylor Hospital, where she was declared dead the next day. Her death was ruled an accidental overdose.

The officers involved knew there was something wrong. WFAA obtained video from inside the squad car that shows Sr. Cpl. Larry Moody talking to supervisors.

"I think her last heartbeat was when we got her out of the car,” Moody said.

Moody received only a written reprimand for his actions, officials said. Another officer took a job with another police department while under investigation.

The Dallas police command staff has known the videos existed for months, yet never released the tapes until WFAA filed the requests and pushed for their release.