Jim Napolitano was on President George H.W. Bush's detail for two years and became the agent by his side when he moved back to Houston. 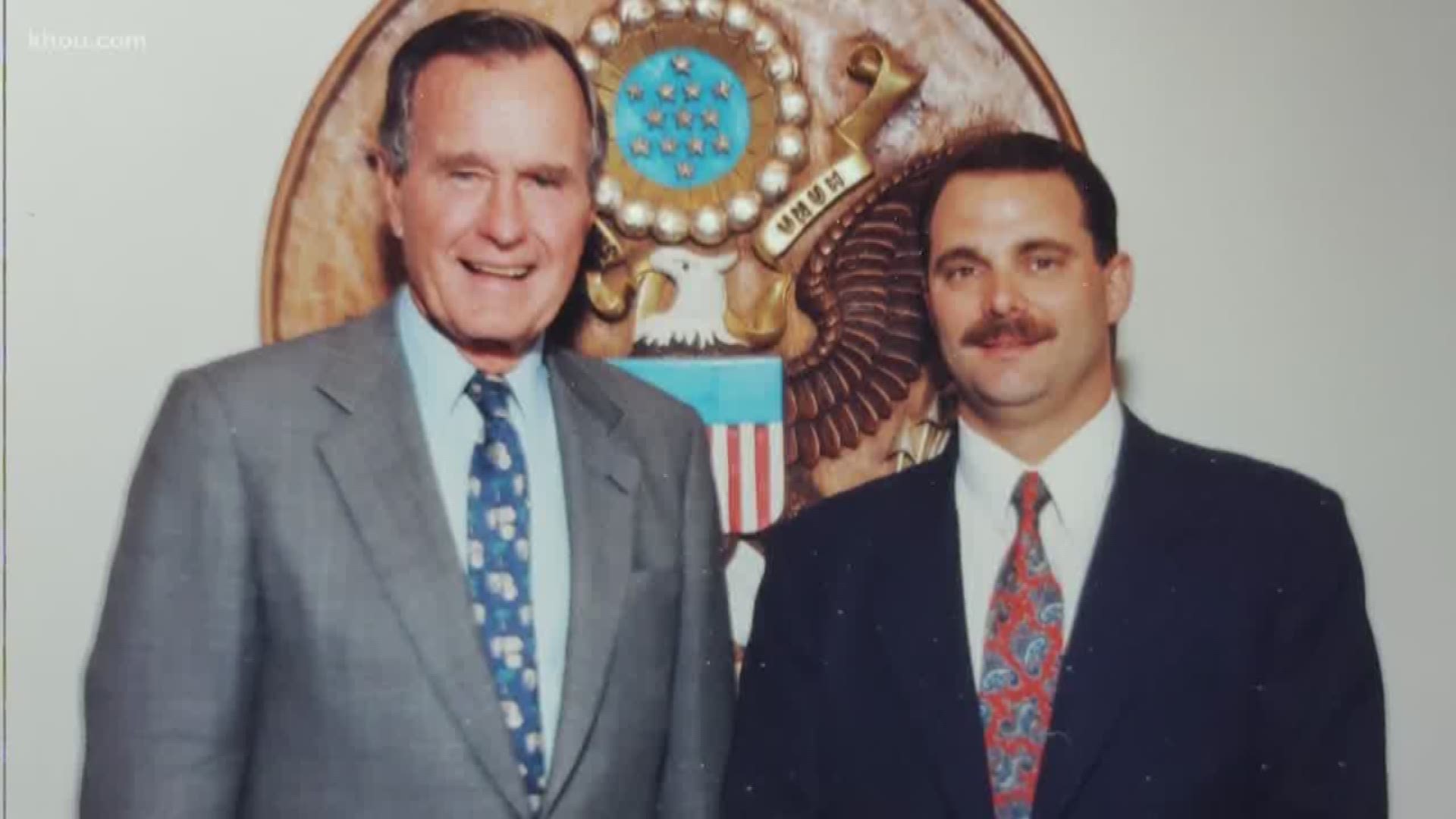 Napolitano was on the President's detail for two years, but he first came across Bush in Houston when he was Vice President.

"I was just standing there, and he's coming by with his entourage, he looked at me and said, 'Are you new?' He shook my hand, and I was as starstruck as anyone else," Napolitano said.

During Desert Storm, the Secret Service assigned Napolitano to protect Neil Bush and his family. When 41 moved back to Houston, Napolitano became the agent by the President's side.

"He was one of our family, and he treated us like we were a part of his family," Napolitano said.

It's why this week has been tough for the former agent.

"I lost a friend," Napolitano said. "Somebody that I didn't call all the time, but I could call and talk to him if I needed to."

But there are so many memories to hold onto, like close calls overseas and even riding in a 747 jet with a hole in the wing.

"He would make light of of it, and said, 'Guys, I've had bigger holes in my planes in World War II,'" Napolitano said.

He says what stood Bush apart was his approach to people.

"It didn't matter who you were, he always made time for you," Napolitano said.

Now in just two days, he will say goodbye to the man he would've given his life to protect.