'I just told the mom I wouldn't drop the baby': Neighbors catch residents as they jump from fire

More than 40 people are without a home the day before Thanksgiving after a building caught fire at the Meadows at Ferguson Apartments in Dallas. 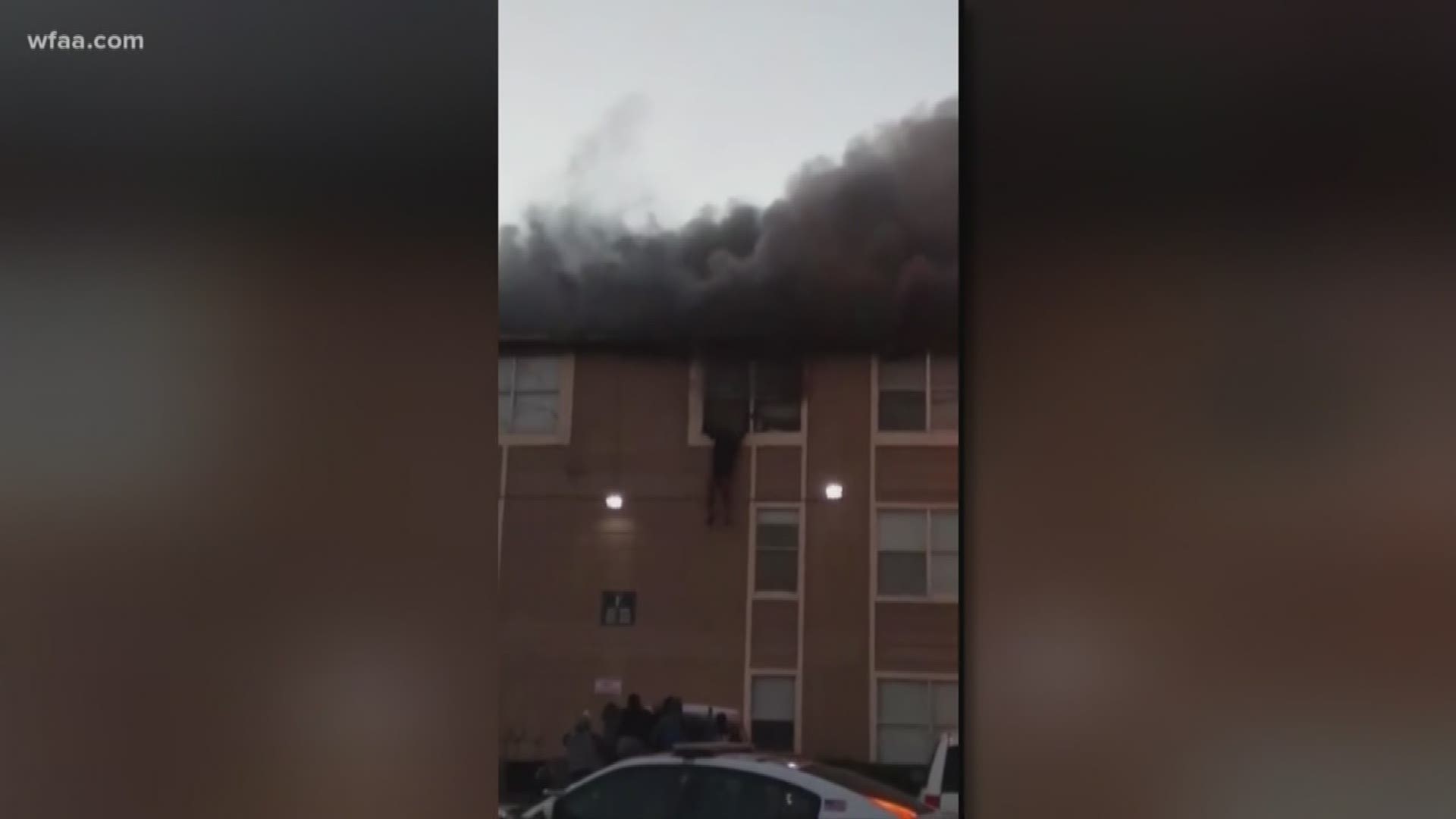 DALLAS — It was waking up to the worst nightmare: A building at Meadows on Ferguson in Northeast Dallas was in flames Wednesday morning.

A mother and father saw their apartment was filled with smoke. The halls of the building were already engulfed in flames, so the dad punched the bedroom window to escape. Under them, a young man was ready to help.

The parents were left with no choice but to drop their 1-year-old baby, Kirsten, out the bedroom window.

A stranger, Byron Campbell, was standing there with his arms out, convincing the mother to let go.

“She trusted me and she dropped the baby and I caught the baby,” he said.

"I just told the mom I wouldn't drop the baby. Then she let go and I caught it. I held on like a football and didn't let go," Campbell said.

“It was terrifying,” said Shuntara Thomas in tears, “I didn’t know if I was going to come down with her or if that would be the last time that I was holding my child.”

Five other people, including Shuntara, also had to jump out third-floor windows. Neighbors and Dallas police officers worked together to find mattresses that could cushion the fall. They stood beneath and supported each person as they jumped.

Baby Kirsten is doing well. Her dad, Patrick, got 22 stitches. Shuntara has scrapes and bumps. Their wounds remind them of the heroes who saved their lives.

A total of three people were injured, including a firefighter who suffered burns. They were all expected to be okay.

More than 40 people were displaced by the fire, which started shortly after 7 a.m.

Sargent Mike Mata with Dallas Police says he has no doubts people would have died if it weren't for the quick actions of the young men.

This is the young man who caught a baby as it dropped three stories up from a burning apartment, Byron Campbell made the catch of his life! This man is a hero!!! pic.twitter.com/G8nwyeq6zM

"They worked alongside our officers and they're heroes...they stepped up and they saved lives," Mata said.

Other neighbors helped as well. Jerrell Worthy had just moved to the apartments and offered up her brand new mattress for the young men to use.

"I don't care if it's brand new I want to save someone's life," Worthy said.

Wednesday evening, Dallas Police released body camera footage from officers who arrived on the scene before firefighters did.

That footage shows officers kicking down and banging on apartment doors--telling people to get out.

It also shows officers sticking around, treating the wounds of some residents who were injured and offering support.

Fire officials say they're still investigating what caused the fire to start. Red Cross arrived shortly after and is assisting displaced residents.