'I just felt like God had my back': Dallas native survives one of the deadliest climbing seasons on Mt. Everest

Twelve climbers were killed this year while trying to summit the world's tallest peak. 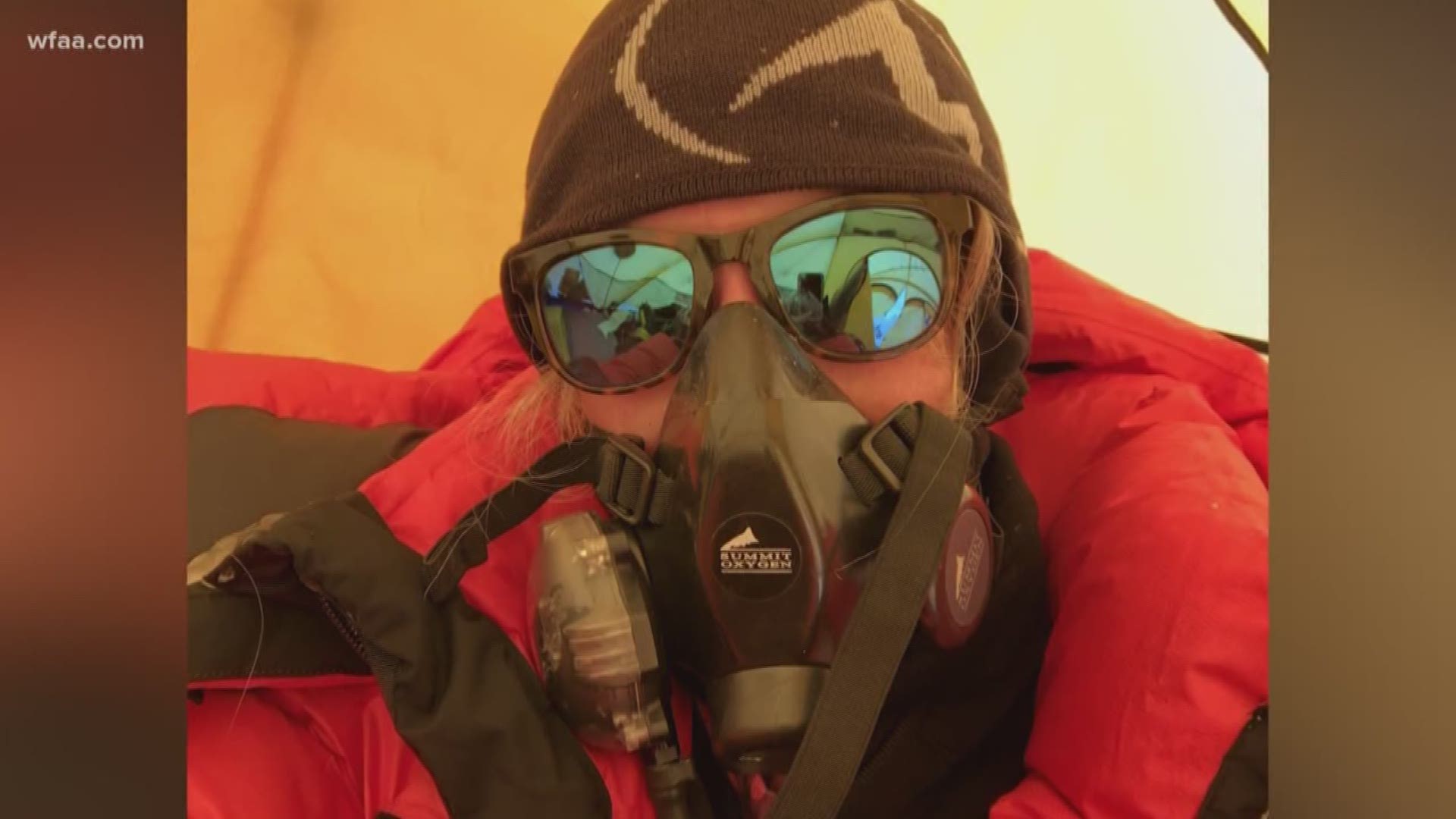 DALLAS, Texas — The 2019 Mt. Everest climbing season is now one of the deadliest on record, making a Dallas native's summit of the world's tallest peak this year an unforgettable feat.

Twelve climbers were killed this year while trying to navigate a crowded and congested mountain.

Eleven have been confirmed dead, while one other climber from Ireland is now presumed dead after he went missing following his summit.

Dallas native Merry Morgan Holotik, 38, was on the mountain for it all.

Holotik is a realtor, a part-time ICU nurse at Children's Medical Center and an avid climber.

This year, she wanted to tackle Mt. Everest, an estimated $50,000 endeavor for her.

"Ever since I climbed Kilimanjaro, I started looking at the seven summits and then I did Aconcagua," Holotik said.

"So I had to do Everest. It's just majestic and it has a personality."

Holotik said she had to arrive around two months ahead of her climb. She and others completed three 26-mile round-trip hikes from base camp to advanced base camp to get acclimated to the elevation.

"You look at it every morning, and you're just in complete awe," Holotik said.

Holotik said "I hope" because she knew a summit wasn't guaranteed.

People die every year trying to climb Everest, whether it's due to a fall, storms, an avalanche, lack of oxygen or just from the exposure to the freezing cold.

"You know the possibility of death, but it wasn't something that I was thinking about," Holotik said.

The best time of the year to climb Everest is in May. The winds die down just enough giving climbers a clear weather window that lasts on average 7 to 10 days.

However, this year, that window was only about 3 days. Meaning summits wouldn't be spread out, and climbing teams would be on each other's heels.

Pictures from the mountain quickly spread online of climbers waiting in lines as they tried to make it to the top.

"Everyone has the same forecast, so everyone is going to be trying to summit at once," Holotik said. "From Camp 2 on, it started to get pretty crowded."

"Your body is basically dying up there in that altitude, so you don't want to be stuck up there longer than you have to be," Holotik said.

Let's unpack that statement. On Everest, there's a thing called the "death zone."

It's an area on the mountain above 26,000 feet where there isn't enough oxygen to breathe.

Here, climbers and Sherpas rely heavily on the oxygen tanks they're carrying.

But if there's overcrowding in the death zone and a long wait to get to the top, a climber can run out of oxygen pretty fast and risk death.

Most of the 200-plus climbers who have died on Everest have died in the death zone.

Ten of the climbers who died this year perished due to altitude sickness or exhaustion.

Holotik's Sherpa, who was fittingly named 'Karma', suggested that he and she try to summit the mountain hours before everyone else in the evening.

Most of the climbers start their summit in the early morning hours so that the sun will be out when they take photos.

Which means Holotik and her Sherpa would be spending more time climbing in the dark, with less sleep than everyone else.

"You run the risk of running out of oxygen because you're more exhausted," Holotik said. "But I didn't want to get stuck in one of those lines in the freezing cold."

On May 23, Holotik and Karma summited Everest just before dawn.

"I get really emotional every time I talk about it," Holotik said. "It was just the two of us on top before anyone else got there so it was absolutely incredible."

On the way down, Holotik said that she experienced some climbing congestion.

She even said that she ran out of oxygen in the death zone, something she was trying to avoid by leaving early.

"Luckily Karma found another tank and we were able to make it down," Holotik said. "He was telling me this was a life or death situation and that we had to keep moving."

It was an unforgettable memory for Holotik, one she had to dodge death to achieve.

"It was definitely worth it. It was amazing."