The quiet, somber crowd reflected on service and sacrifice. 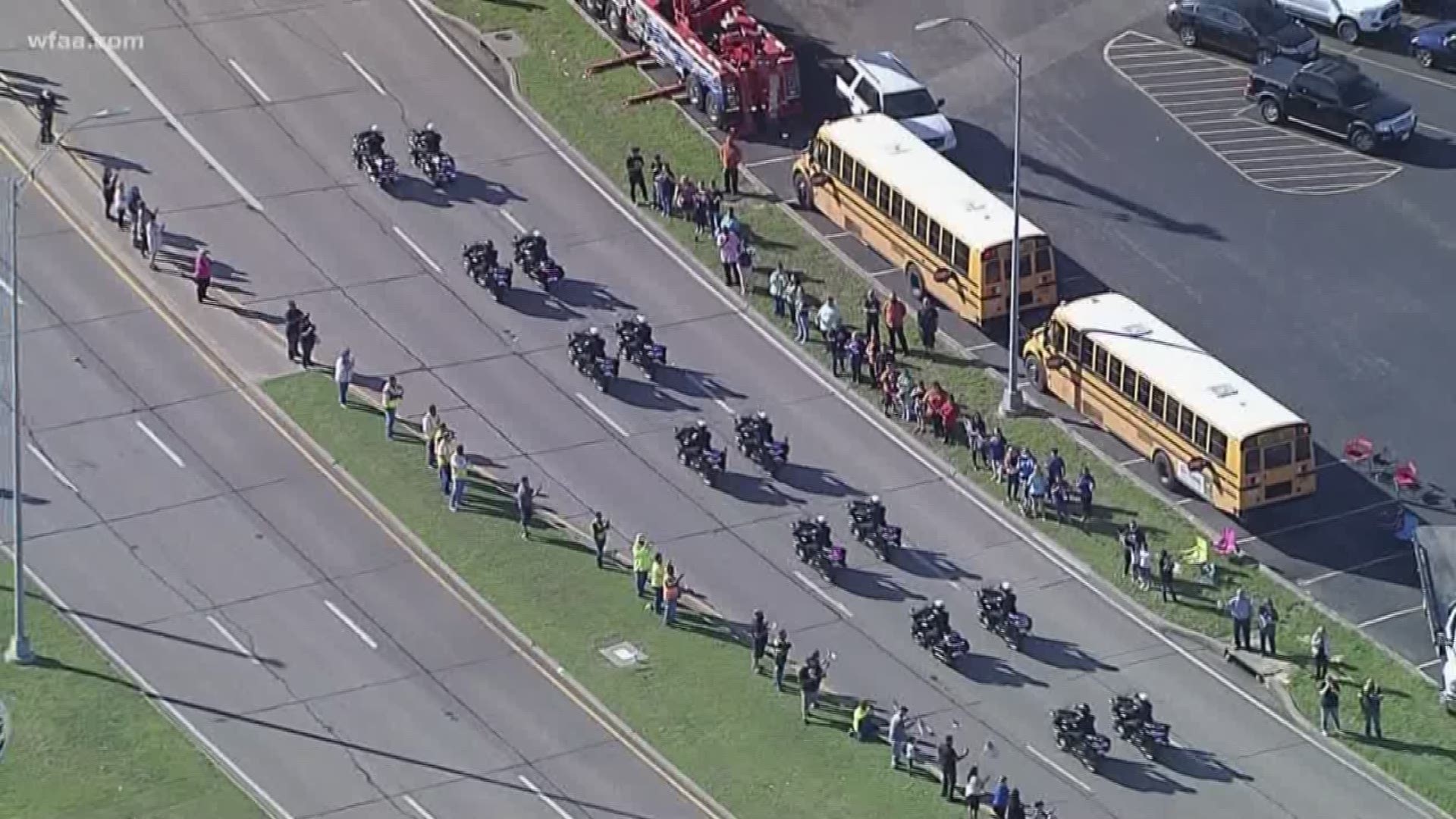 DALLAS — A 14-mile processional route from Arlington to Dallas on Thursday cut through Grand Prairie as a fitting final goodbye for Officer A.J. Castaneda.

Castaneda, 38, died Friday after he was struck by a vehicle while running radar on the George Bush Turnpike.

Joann Worrell stood along Arkansas Lane with her grandson Noah.

"We have a family member who is a police officer so it's important for him to see this," Worrell said. 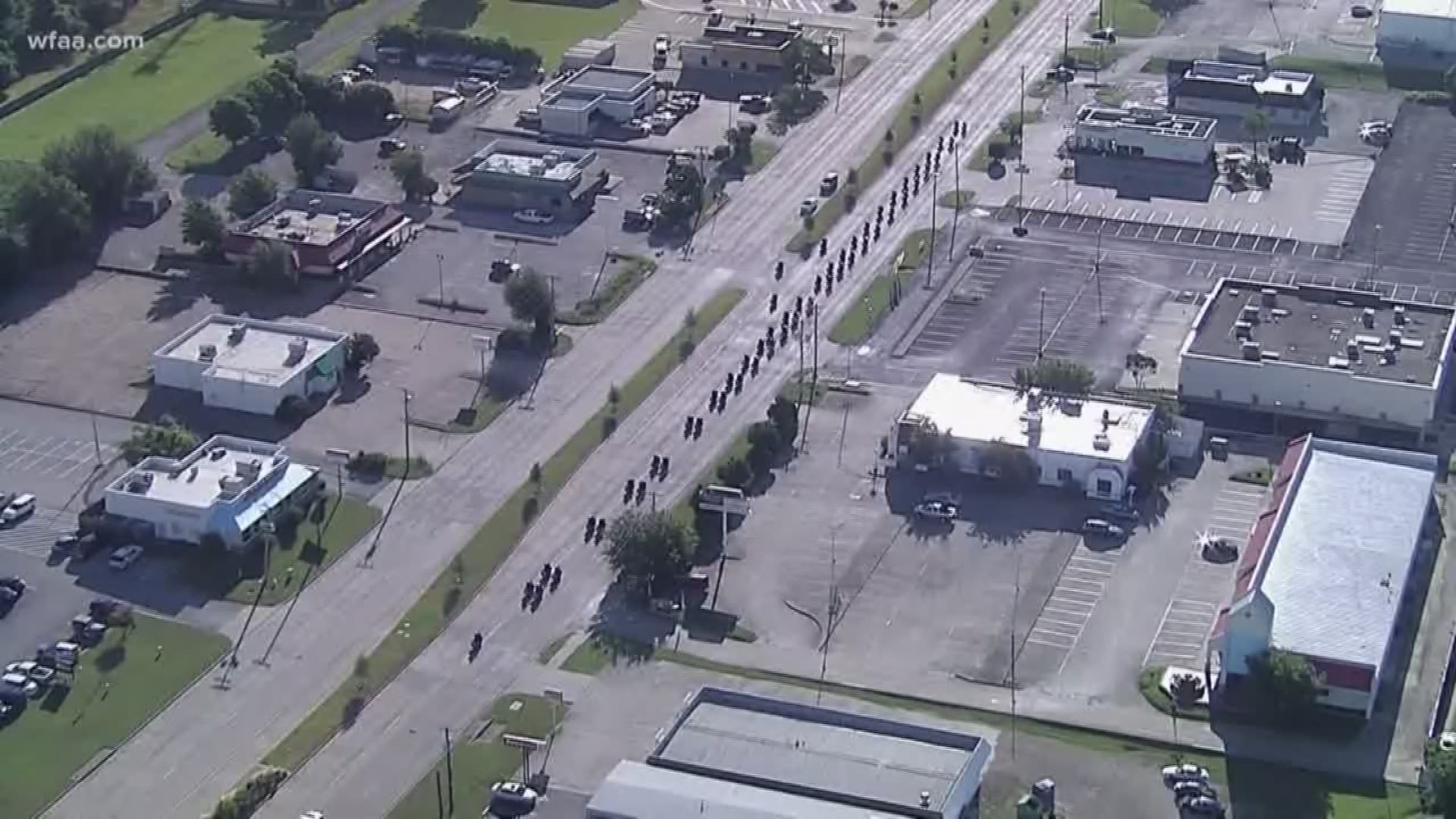 Credit: WFAA
June 13, 2019: Funeral procession for fallen Grand Prairie Police Officer travels to The Potter's House in Dallas as many pay their respects.

John Brady traveled from Nebraska to pay his respects.

"It's funny how I met A.J.," Brady said as he stood outside the Grand Prairie Police Department. "In a room of 300 officers, he stuck out like a sore thumb."

Brady, a deputy sheriff for Lancaster County in Lincoln, Neb. said he met Castaneda a few years ago at a training conference in Las Vegas for crisis and hostage negotiators.

"I knew within five minutes of meeting him that A.J. was a good man and we would probably be friends forever," he said.

RELATED: 'You have an officer down': Off-duty Arlington police officer radios for help after crash involving Grand Prairie police officer