An interfaith prayer service in support of the migrant children brought hundreds out in Fort Worth Thursday, many of whom say they've also called their lawmakers. 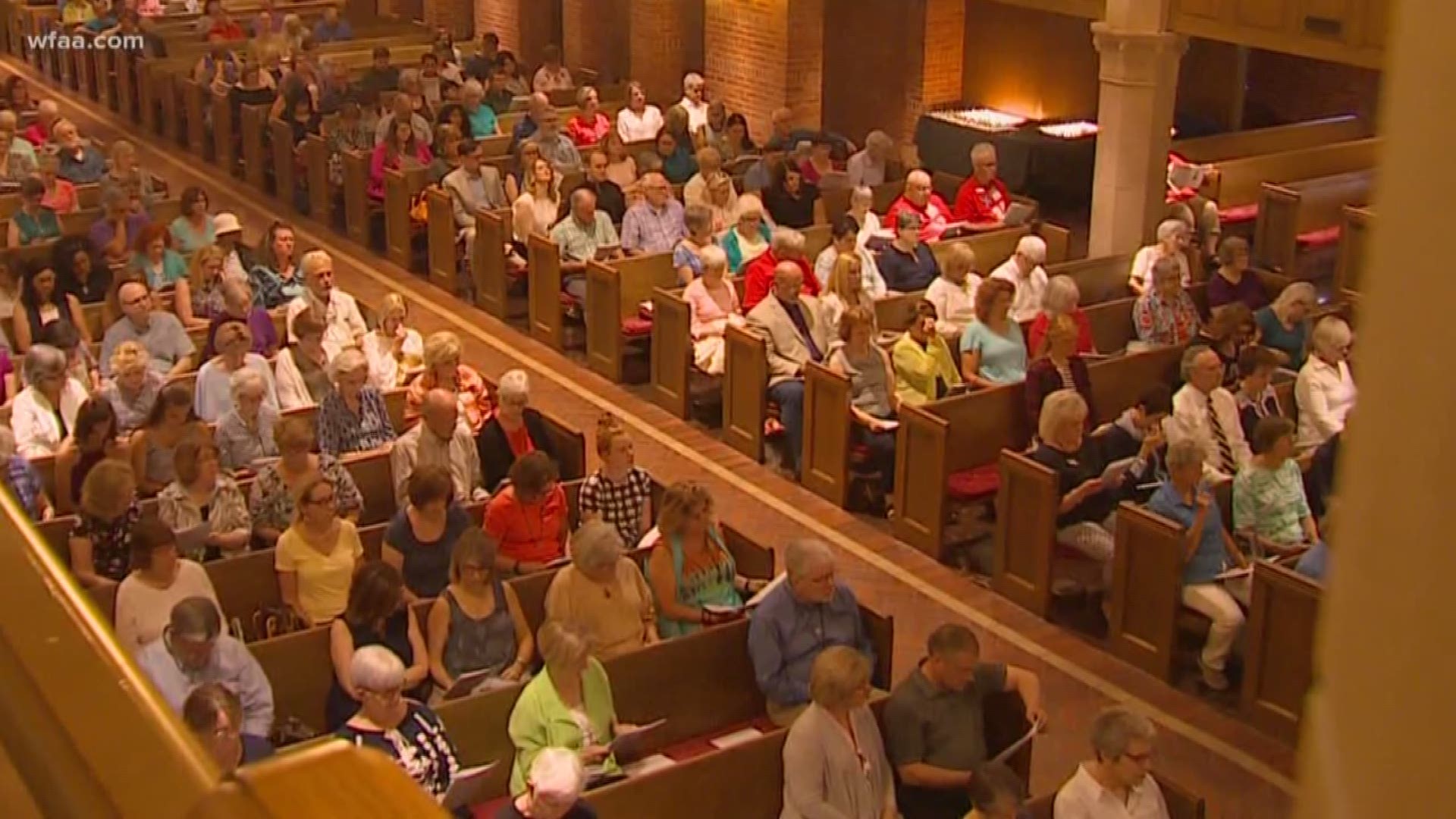 As thousands of migrant children prepared to spend another night, separated from their families, hundreds in Fort Worth gathered to pray for them.

"It's just been terrible," says vigil attendee Chavonn Mauricio. "I can't imagine what it's like to lose your children, or not know where they are."

Inside a packed sanctuary at University Christian Church, people of all faiths said enough is enough.

"It's unimaginable to me. I see it happening, and I cannot grasp it," says Janet Waggoner, who works for the Episcopal Diocese of Fort Worth. She was one of the event's organizers.

"We don't believe this should be a political issue," she says. "It's about human kindness. It's about caring for those in need."

They prayed, they sang and they lit 2,000 candles. The flickering lights represented the migrant children at the center of our country's immigration debate.

"My administration is also acting swiftly to address the illegal immigration crisis on the southern border," President Donald Trump said this week.

President Trump signed an executive order, stopping his policy that was separating families caught illegally crossing our border, but it's still unclear what will happen with those who were already split up. Thursday it was announced that since May, 500 children had been reunited with their families after being separated at the border.

"It's a horrific experience for those kids and their families," says Steve Mosher, who attended the vigil.

They hope the children can feel their support from hundreds of miles away.