How does she do that? Nursing student is also a Rubik’s Cube whiz 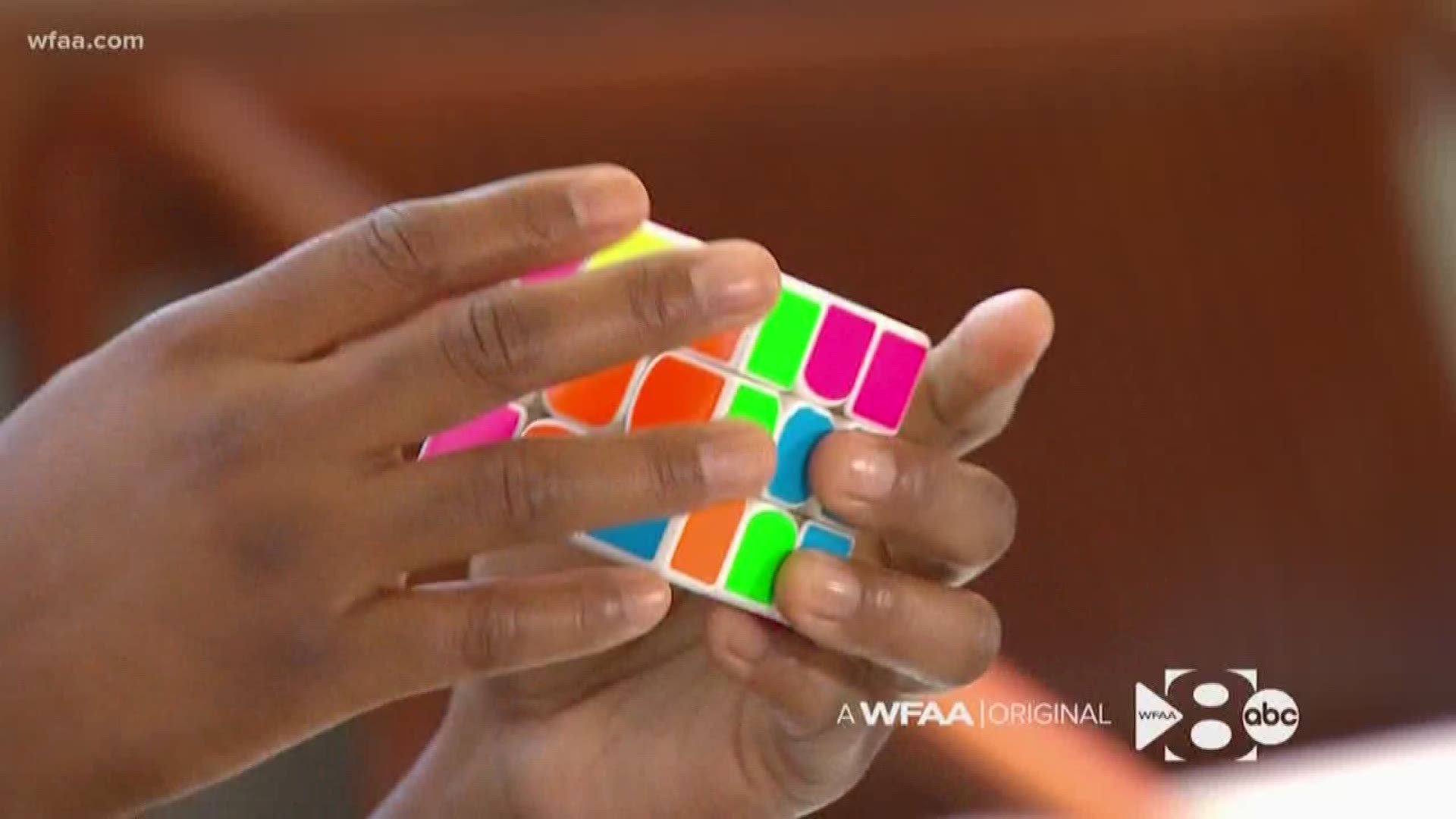 “I guess you could call it a bit obsessive,” she said with a smile, describing how she got so fast.

Channae’s nine second personal best is far from a record. The winner of the competition will likely solve the Rubik’s cube in seven seconds or less. But she is one of the very few women who compete.

“The very first competition I went to I was the only female and I noticed that,” she said. “After a while, you just don’t notice anymore, but sometimes it’s two, sometimes it’s three females.”

The first time she picked up a Rubik’s cube was eight years ago. A classmate was playing with it and she was intrigued.

Channae bought her own and spent hours upon hours watching YouTube to learn about patterns and techniques. Within a couple of weeks, she was able to solve the Rubik’s cube in minutes. Eventually, minutes became seconds. “Dedication, practice – just hours a day. I’m talking about 300 solves a day,” she said. “When you do it enough, your time just naturally starts to go down.”

“After a while, it’s just all in your mind,” she said, explaining that there are a series of algorithms you memorize that help you solve the cube. Once you see a pattern, the algorithm guides you. “I see it and I recognize it, and I just know where to start and where to finish,” she explained.

Channae was born in Jamaica and moved to the U.S. when she was 13 years old. She is 28 years old and is pursuing a nursing career because she said she wants to help people. She is also a skateboarder.

While she knows she won’t win this year’s CubingUSA national competition, she isn’t deterred. “Eventually I want to win,” she said. “I go to these competitions expecting to just do better and better.”