Officer Anthony Colter is a 20-year veteran of the Fort Worth Police Department. But it wasn't until last year that he received the greatest honor of his career. 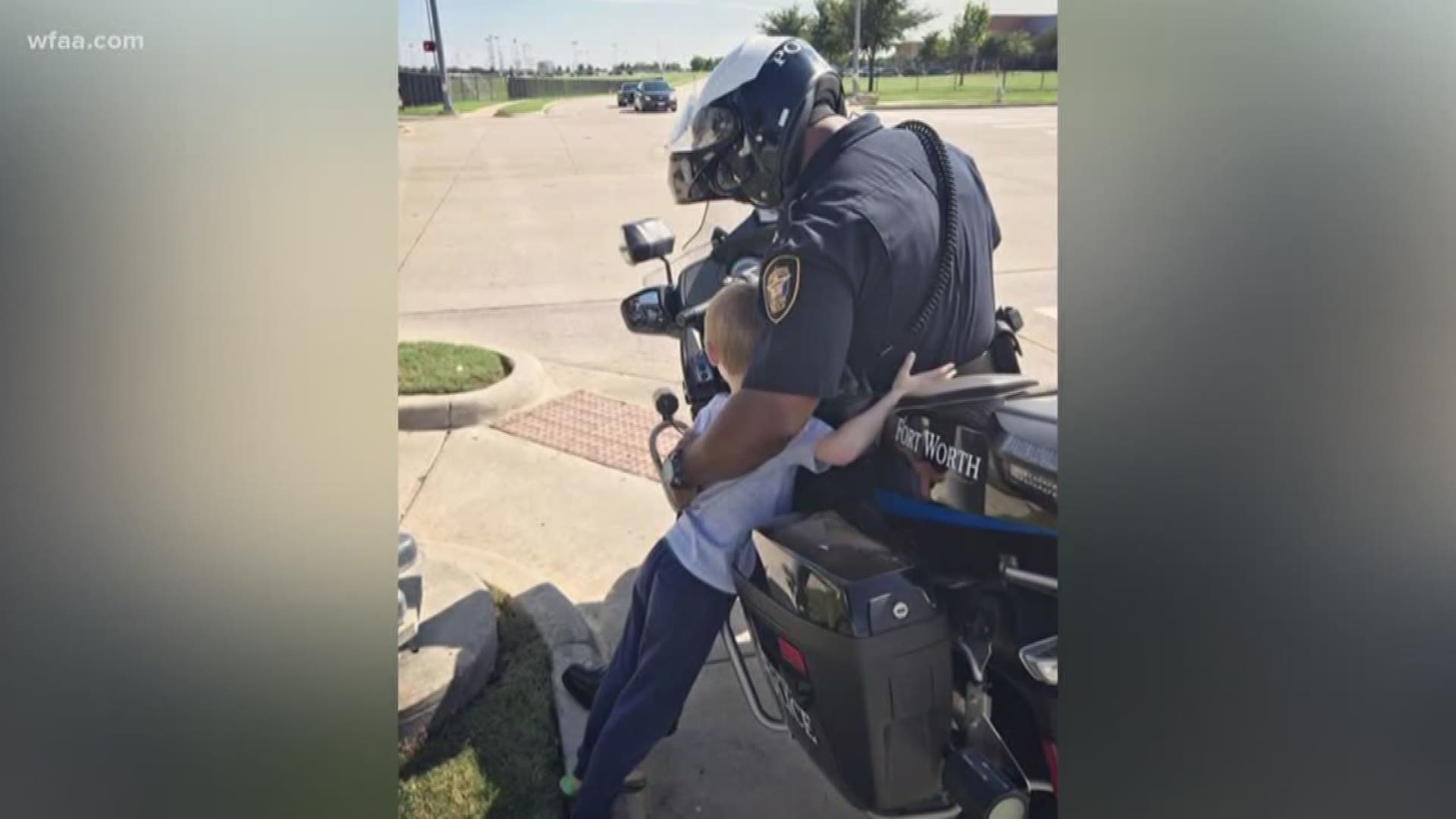 Officer Anthony Colter is a 20-year veteran of the Fort Worth Police Department. But it wasn’t until last year that he received the greatest honor of his career.

“To have someone do something kind for you, to you, you’re blown away,” Colter said.

It happened at a McDonald’s of all places.

Last April, Colter was finishing breakfast when a shy and quiet three-year-old named TJ Hubbard asked him for a hug.

“I was completely taken off guard,” Colter said.

“He’s, to this day, never even hugged his grandpa,” she said. “I was like, ‘I’ve got to record this 'cause I don’t think he’s really gonna do it, and if he does it’ll be big stuff for him.'”

Colter not only got his hug – he has embraced his pint-sized partner.

He’s visited TJ at school, showing off his motorcycle, and they still even get together where it all started.

“They have sat and chatted, at their table at McDonald’s, and talked for hours about Batman, Superman and they like to talk about football," Jamie Hubbard said.

Which may explain why TJ's favorite football team is no longer the Dallas Cowboys.

After exchanging presents this week, TJ was decked out in green and blue of the Seattle Seahawks, Colter‘s favorite team.

“It’s true,” laughed TJ’s dad, Brett Hubbard. “It hurts my heart a little bit. If it wasn’t for Officer Colter being such a great guy it’d be worse.”

Some police in America, especially lately, have been given an unfair reputation. Because of that, Colter said he sometimes wonders if he’s making a difference.

Obviously, now he knows he is, thanks to his new best friend.

No surprise that when TJ grows up he wants to be a police officer.