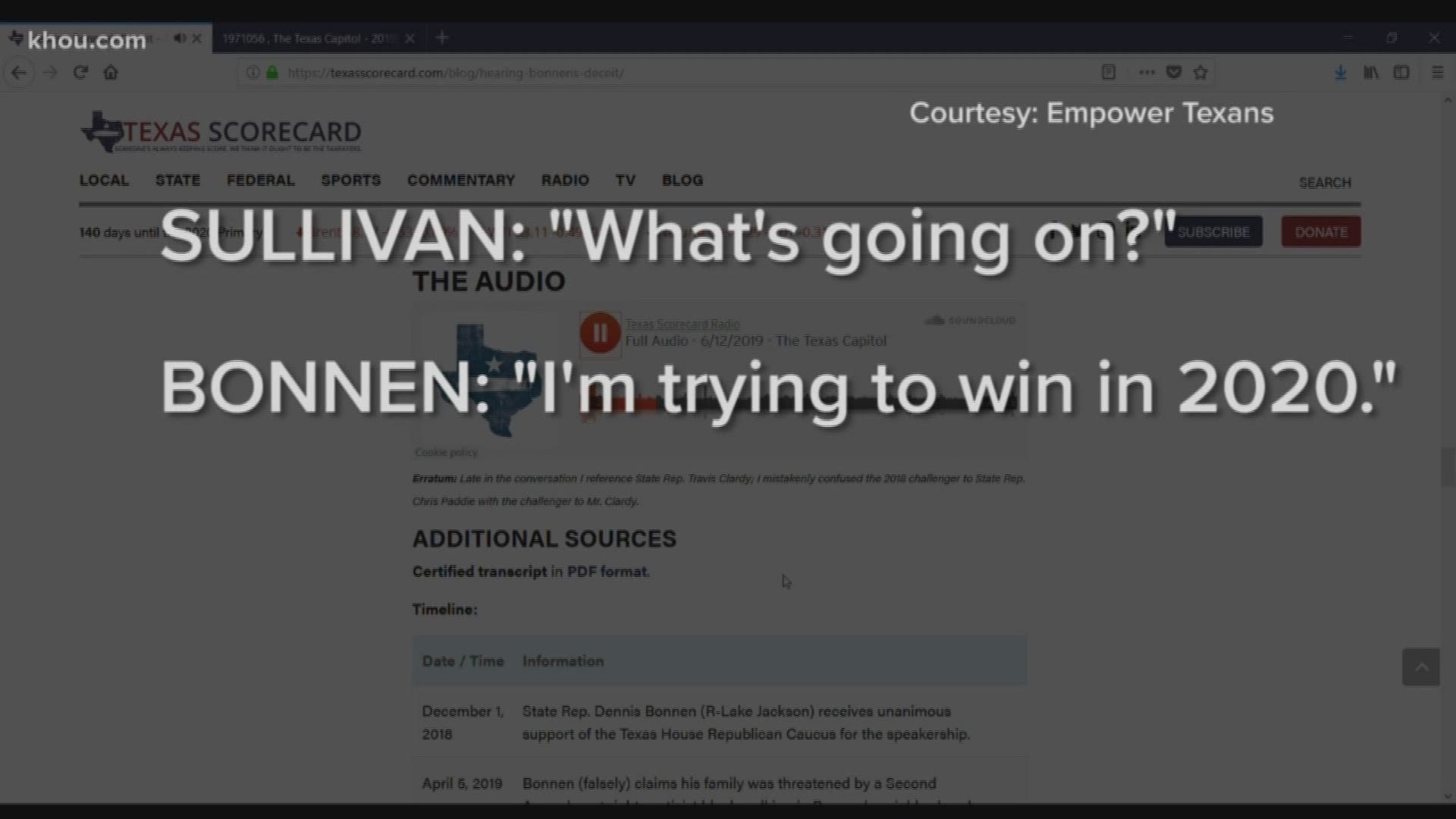 Editor's note: The above video from earlier this month contains the secret audio tape released in corruption allegations against the Texas House speaker.

The move comes after audio was released as part of corruption allegations against him.

Here is part of the statement he released:

"Since Friday, I have had numerous conversations with Members who care deeply about the Texas House, and I respect the manner in which they have handled this entire situation. After much prayer, consultation, and thoughtful consideration with my family, it is clear that I can no longer seek re-election as State Representative of District 25, and subsequently, as Speaker of the House. I care deeply about this body and the work we have accomplished over the years, namely, the outstanding success we achieved in the 86th Legislature."

Bonnen went on to write his colleagues "have made clear that it is in the best interest of both myself and the House to move on, and I thank them for the respectful and thoughtful way in which they have convinced me to do so."

On Oct. 15, a full audio recording of a secret meeting between Bonnen and the CEO of a conservative group was uploaded to the CEO's website, TexasScorecard.com.

RELATED: 'I'll put your guys on the floor next session' | Secret recording of Speaker Dennis Bonnen is out

The full, hour-long recording, which can be found at the bottom of an article titled, "Hearing Bonnen's Deceit," was edited into pieces throughout the article.

In one part of the conversation, Bonnen allegedly said, in reference to Sullivan's writers, "I'll put your guys on the floor next session."

Accusations of corruption were "flying" even before the audio tape's release, and Bonnen initially denied the claims.

Bonnen, who is from the Houston area, has been a member of the House since 1997. He became speaker in 2019.