Hope floats: Pastor lives on a raft so others can drink clean water

Pastor Todd Phillips is just settling into a camping trip of sorts with no end date. 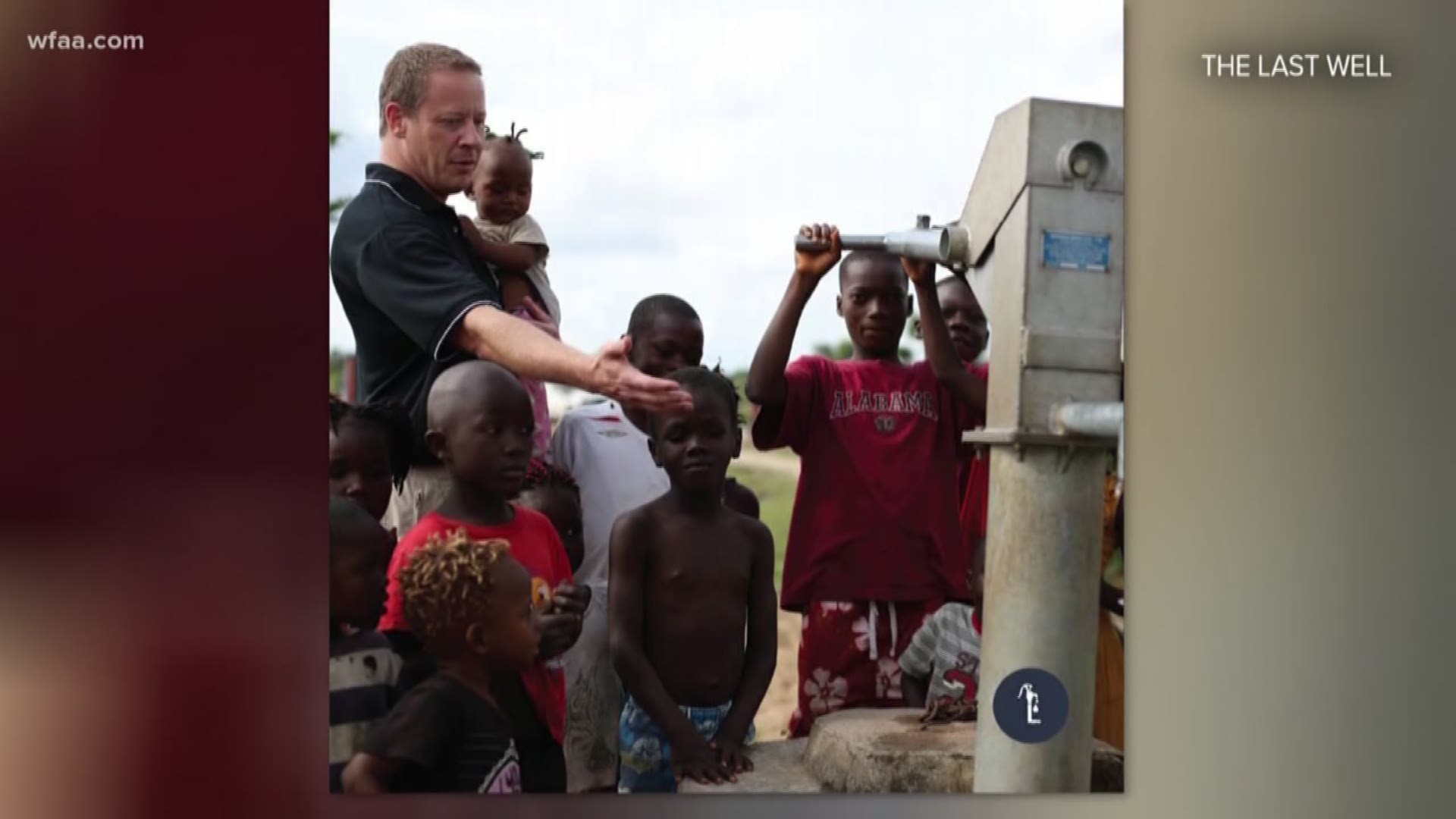 ROCKWALL, Texas — Pastor Todd Phillips is just settling into a camping trip of sorts with no end date.

"We need a story of hope. We need a Neil Armstrong first man on the moon moment," Phillips said from his 20-by-20-foot makeshift raft in the middle of Lake Ray Hubbard.

He has high hopes that this spectacle will help his non-profit, The Last Well, raise the money they need to make history. "That's why I'm sitting here on this barge. We're so close to the finish line we can see it," Phillips said.

His story goes back to 2008 -- the pastor was looking for the place on earth in the greatest need. That country was Liberia and the way he could help was by helping Liberians access clean drinking water -- that's become his life's works. What no one could predict is that in 2014 a world health crisis would intertwine the two communities.

"Ebola Libera and Dallas will always be connected because of the crisis," Phillips said.

Years removed from that crisis, this pastors attention remains focused on the mission. To date his Rockwall based non-profit has raised more than $25 million that's gone to Liberia. They've connected 5 of the 15 counties in the country will access to clean water and have plans in place to cover the entire country by 2020.

"Imagine that taking a place that's known for Ebola and make it the first country that eradicates water borne illness around the world -- we have that opportunity," he said.

The problem? They don't have the money for that yet, and that's why Phillips is living on a raft on the side of Interstate 30.

Admittedly, it's more glam-ping than survivor. He does have a stationary bike and power. But regardless, the pastor made a promise, he's not leaving this raft until they raised the money they need.