One of the dogs ran off when the family ran outside to save Rocky. The other pit bull clenched its teeth around Rocky's neck, dragging him. They say the dog wouldn't let go. 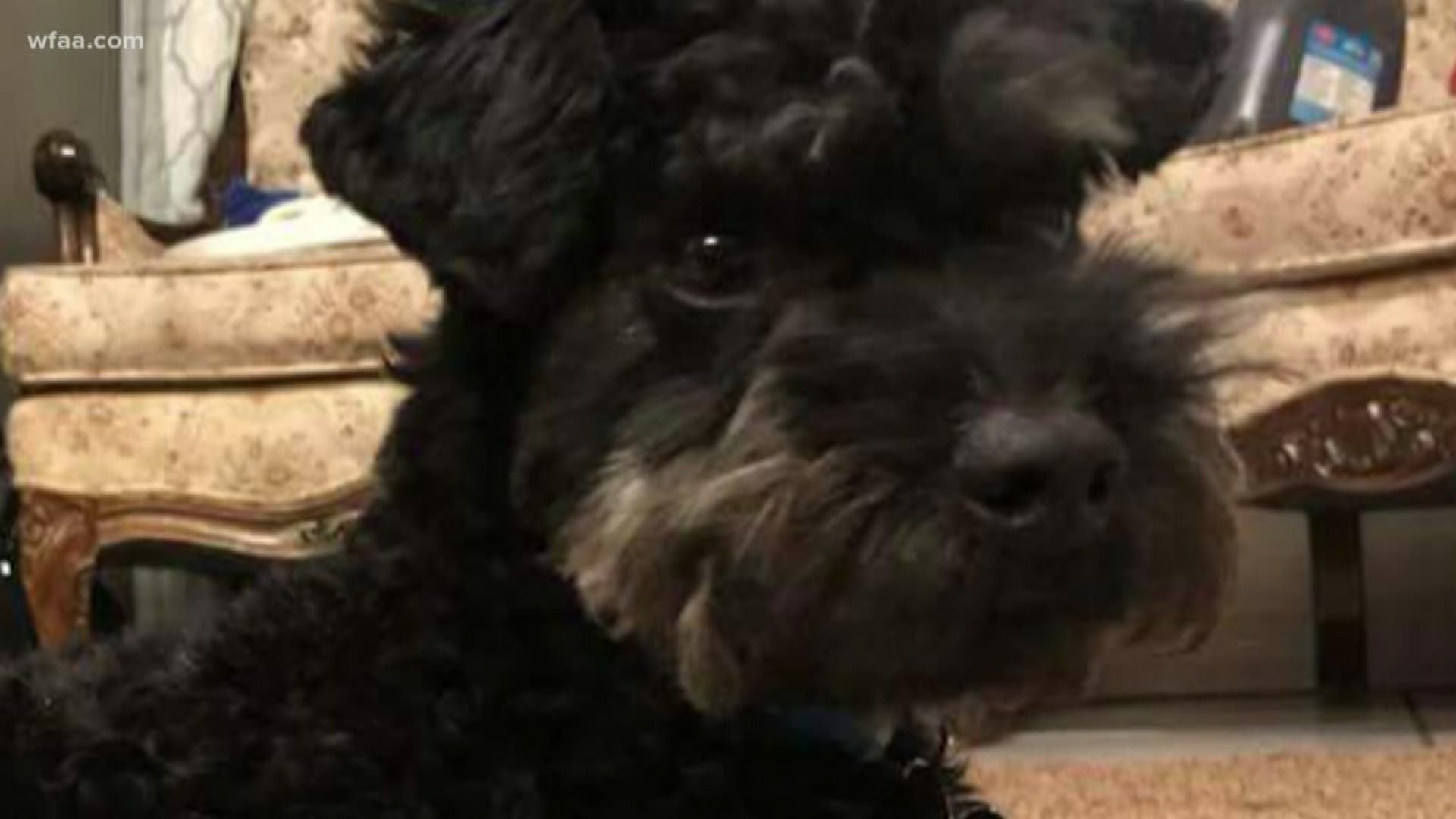 It is a painful week for a group of family members who watched their beloved little dog die a violent death. A couple of loose pit bulls invaded the family’s back yard, killing a poodle-mix named Rocky.

“My dad saw the dog and he started, you know, banging on the dog to see if it would let it go…” Nayleen Flores said.

It is the latest dog attack in southern Dallas. Flores says her family is devastated, after two loose and healthy looking pit bulls mauled and killed her family pet. Rocky belonged to Flores’ three-year old nephew.

"My dad’s first instinct was to save Rocky,” Flores said as she detailed how the family sprung into action. “He grabbed a metal rod and just started hitting it.”

The family says it is likely the pit bulls squeezed under the fence. One of the dogs ran off when the family ran outside to save Rocky. The other pit bull clenched its teeth around Rocky’s neck, dragging him. They say the dog wouldn’t let go.

"My cousin turned a hose on and started dousing it,” Flores said. “It still wouldn’t work. In the end my mom was like, get the gun, you’ve got to save Rocky.”

The teen’s dad shot and killed the pit bull. The only thing they have to remember Rocky by, right now, is his collar and some photos.

"We realize, for sure, that it is an owned dog problem,” said Ann Barnes, a Field Services Manager with Dallas Animal Services.

"If your dog is not restrained, and it bites somebody or harms another animal, there is a criminal offense now with the new ordinances," Barnes said.

The Flores family says investigators told them they would be checking the dead pit bull for a chip to possibly identify its owner.

For now, the family is still trying to figure out how to tell a three-year-old little boy he will not be able to hug his best friend Rocky again.

"I honestly just want more pet owners to be responsible,” Flores said. “Be aware of what’s happening. Be aware of your dog.”