80 people went to Dallas emergency rooms 5,139 times in a year — usually because they were lonely

Parkland Hospital officials say the cost of taking care of repeat ER patients is “absolutely passed on to you.” 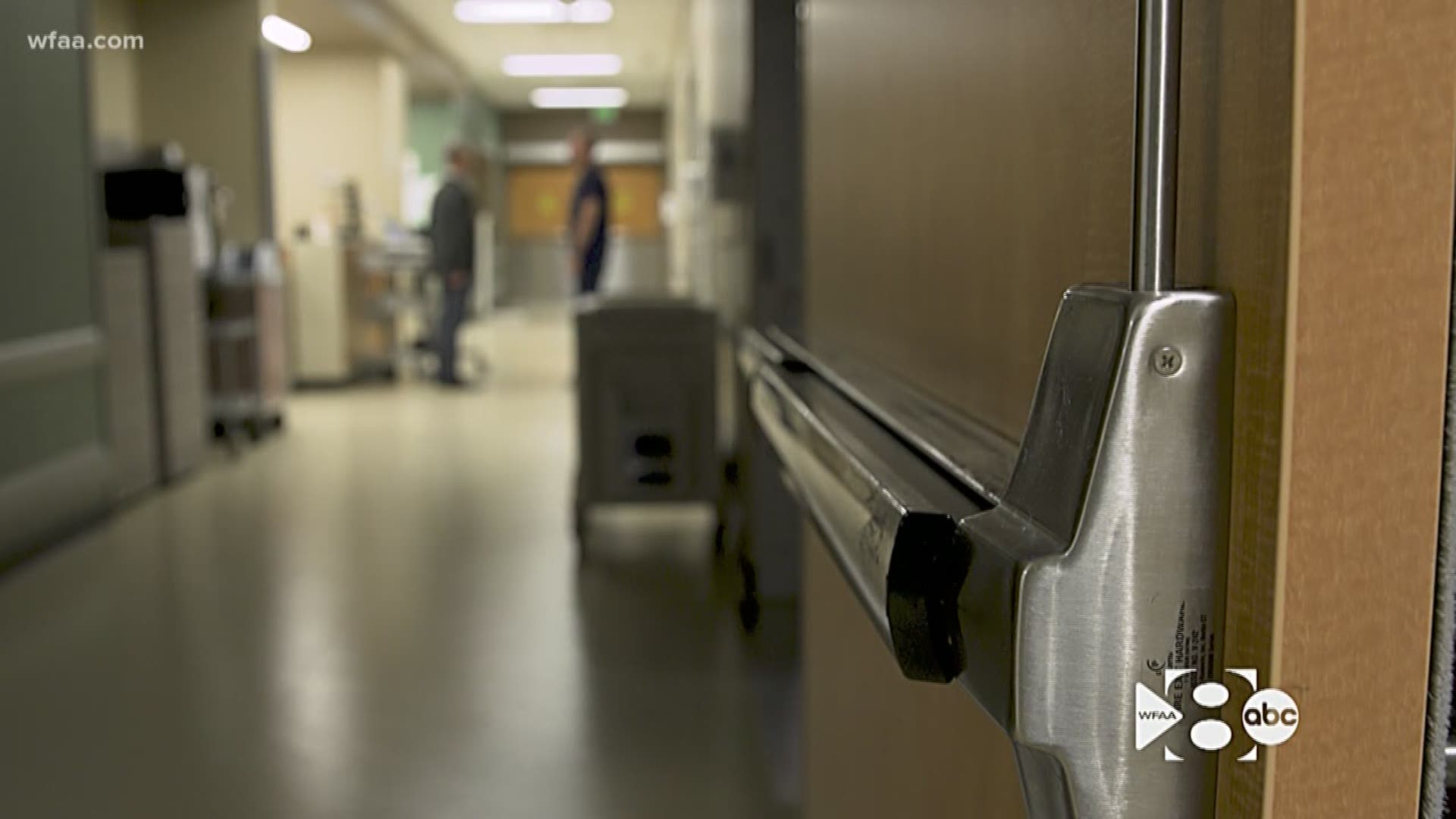 DALLAS — Michael Johnson is 57. He’s from Dallas. He’s diabetic. He has a job in fast food. He rents a home. He gets by.

Until recently, no one ever explained to him how hospitals, doctors and emergency rooms work.

“My momma always told me when something’s wrong with you, go see the doctor,” Johnson said.

The only way he knew to see a doctor was go to the emergency room at Parkland Hospital, which is why he racked up 31 ER visits in 24 months.

Johnson’s numbers are not at all surprising for administrators at Parkland, which has one of the busiest emergency rooms in the country.

“It’s not unusual for us to see in excess of 700 people in a 24-hour period in our emergency room,” said Dr. Esmail Porsa, executive vice president and chief strategy and integration officer for Parkland Health and Hospital System.

Parkland’s ER is busy for countless reasons, but chief among them is repeat patients like Johnson. He’s considered a high emergency department utilizer because of those repeated visits.

The hospital wanted to determine why these high utilizers keep coming in. But to do that, they needed to identify who they are.

RELATED: This mom is fighting to end outrageous ER bills – and she's an ER doctor

“We looked at the data every which way. We looked at zip codes, gender, race, education, income. One day we sorted the data by medical record and realized — lo and behold — there were three patients on the top of the list,” Porsa said.

Those three patients visited the hospital 500 times in one year.

Porsa and his team expanded their research to include data from other health systems in Dallas County, which led to a revelation.

“It is absolutely passed on to you,” Porsa said of the cost to taxpayers.

Once they determined who those high utilizers were, it was time to get back to why they keep coming in.

That research led to a painful reality: the cause for most of the repeat visits is loneliness.

“It’s a lack of relationships and support structure,” Porsa said.

Poverty and food shortage are factors for the frequent visits, but they aren't the main reason.

"The No. 1 determinant of high emergency department utilization is relationships," Porsa said.

Dr. Jeffery Metzger, chief of emergency services at Parkland Health and Hospital System, calls the challenges some of these patients face heartbreaking.

“In medical school, we get taught how to take care of medical illnesses, but there’s a group of patients who come in who are here for some other reason,” he said. “If we just throw medicines at them when they keep coming in, they’re not going to get better.”

Baylor Scott and White Health, Methodist Health System and Children’s Health are working together on the effort, to partner church and community organizations with patients who need companions, “so they’re not alone,” McAdoo said.

“If you are isolated and lonely, but you have someone that you remember, like nurse April, nurse Tina, or nurse John, and they’re like, ‘Hey, how are you doing?’ And you’re greeted with warmth and love, well yeah, I’m gonna come back,” she said, explaining why patients keep returning.

Michael Johnson didn’t know community clinics, like Parkland’s Bluitt-Flowers Health Center, even existed. The clinic on Overton Road is near the fast food restaurant where he works.

After social worker Jo Black began managing his case and educating him, his ER visits fell by 70 percent.

“We just look at what constitutes an emergency, what (the ER) is there for and what we can do here,” Black said. “A lot of times, patients just really do not know.”

Black shows tough love with patients like Johnson, holding them accountable for missed appointments and follow up visits.

Johnson is a success story, but he’s just one patient among many.

He’s proof that human connections matter. Widespread change depends on all of Dallas realizing that and then living it.