How a community center helped transform an Oak Cliff neighborhood

“You’ve gotta be committed for the long haul,” said the man who launched the center more than 20 years ago. 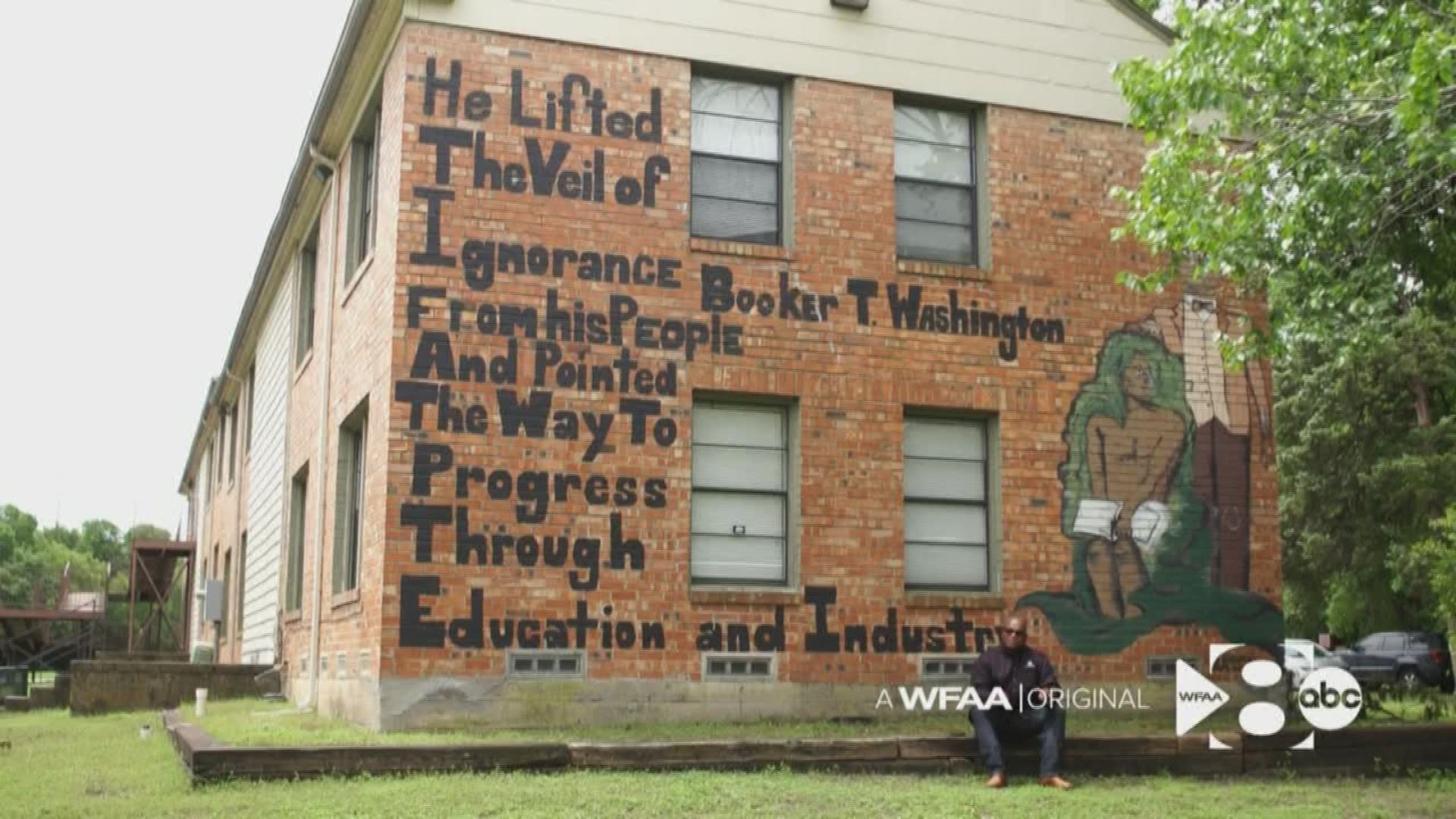 DALLAS — Johnny Flowers believes it all boils down to a Booker T. Washington quote that’s painted on the exterior of a building he's grown to love.

The quote has been there more than 20 years.

“'He lifted the veil of ignorance from his people and painted the way to progress through education and industry,'” Flowers read.

“This is why this community doesn’t look like it did 20 years ago, because the veil was lifted.”

Flowers, now the assistant director of domestic aid and assistance at Buckner International, launched the nonprofit agency’s Family Hope Center inside a rundown apartment complex in the Dallas neighborhood of Wynnewood more than two decades ago.

“I could go back and tell story after story – like how a lady went out Friday afternoon and told some guys not to be sitting on her porch smoking marijuana. She turned to walk away and she was shot in the back,” he said.

Wynnewood has changed, but don’t use the word “change” around Flowers.

Buckner International gives aid to children and families worldwide, but its deepest roots are in Dallas.

For most of its early existence, the organization served orphaned children in the city at the Buckner Children’s Home.

But about 25 years ago, leaders decided it was time to try a different approach. If they could help stabilize families in need, perhaps fewer children would land at their children’s home.

At the time, Wynnewood was full of families in need. So, Buckner took over a few buildings at a drug-infested apartment complex in the community and opened its first Family Hope Center.

Day one at the Family Hope Center at Wynnewood put Flowers to the test.

“We had five fights to break out. Those five fights in the first day of our after-school program broke out because one kid had on red shoestrings and another kid had on blue shoe strings,” he recalled. “Those two little elementary school kids started fighting. When you tried to break up that fight, another fight broke out, and then another.”

Flowers stayed the course. And the Family Hope Center did too.

Besides offering things like after school care and camps and meals - the kind of services you’d expect from a community center – they taught important life lessons.

They taught families to save money and open a bank account. They helped clients find a job and then taught them how to keep that job. And they continue to provide those services.

“Buckner lifted up the veil of the people and showed them what they could accomplish if they stayed committed,” Flowers said.

“New businesses are moving into Wynnewood,” he said. “That’s how you know this place has changed.”

“The people took to this place and made it their own,” he said, “and that made it a safer community.”

He left the Family Hope Center a few years ago for another job within Buckner International.

Cheryl Williams took over for him.

“Our goal has been and still is strengthening the family emotionally, physically, spiritually, and financially,” Williams said. “That is our goal.”

“We offer everything within reach,” she said. “If I tell someone they have to get on I-35 or Highway 67 to get to something, it’s probably not going to happen.”

Wynnewood is the model for Buckner International's 22 other Family Hope Centers all over the world. The newest is near Bachman Lake in Dallas. It is currently under construction.

Flowers and Williams agree that other nonprofit agencies could make the same kind of impact in communities everywhere.

“The difference is – you’ve gotta be committed for the long haul. And committed to transformation. Not just change,” Flowers said.

“Some of the same kids who painted this are now successful college graduates,” Flowers said, looking up at the Booker T. Washington quote on the side of the center.

"The veil was lifted. Through hard work and industry, they are successful in their own right.”

As Flowers likes to say, they are transformed.