The Summerton and Clarendon communities celebrated their rich history over the weekend. 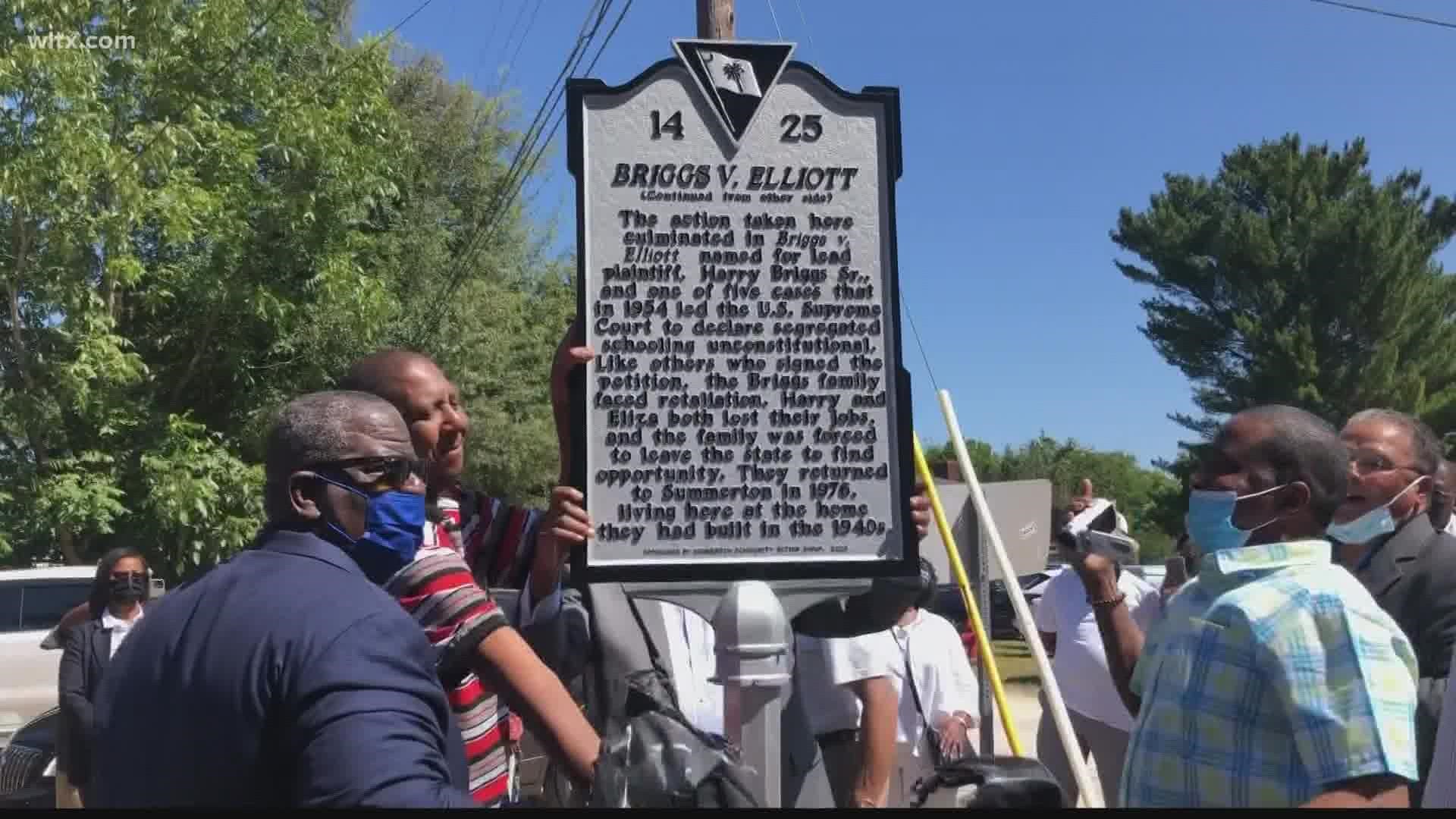 SUMMERTON, S.C. — The Town of Summerton in Clarendon County is rich in history - a history that led to the end of segregation in South Carolina schools and ultimately, the nation.

The markers are for remembering the brave actions the community members of Summerton took to make sure their children were treated equally in their education.

“Merciful Father we come today for a long awaited and much-deserved occasion," James King Jr. prayed over the first marker.

Family and friends of the Briggs, Pearson, and DeLaine families helped unveil the markers honoring the hard work their families put into Briggs v Elliott in the late 1940s, a case that fed into Brown v Board of Education and later helped end segregation across the nation.

“It is so exciting," said Sanda Williams, granddaughter of Levi Pearson, a key player in the case. "I mean, I am just overwhelmed to know that finally Papa is recognized with a historical marker on his land. I think he would be so happy, so happy - him and Uncle Hammett.”

We ought to ensure the legacy of those involved in the courageous fight to end “end separate but equal” schools lives on forever. pic.twitter.com/N186xYO3JZ

“I still remember exactly where I was when the supreme court handed down the decision in 1954. I remember it like it was yesterday," said Congressman Jim Clyburn, who was one of many who visited the new markers placed at St. Mark AME Church, the Briggs family home, and the Pearson family home.

“They had no idea that, in writing a petition for bus transportation, that they would be writing a new chapter in the history of this nation," Dr. Bobby Donaldson said at the ceremony.

These markers are placed across the state to understand South Carolina's past and even help to shape the future of South Carolina.

“We have a special obligation to build a bridge so we’re creating the kind of life for our children, our grandchildren, and the generations to come and we owe it to the people that came before us to make sure that we’re setting the plate for them, and we have a special responsibility to make sure that we’re doing it to the best of our ability,” Representative Marvin Pendarvis said.

Organizers from the Summerton Community Action Group, Clarendon County NAACP and many others have worked for over four years to bring these historical markers to their community.