Heartwarming: Watch the moment a Frisco student with cerebral palsy finds out she got into Texas A&M

"Wait, that means I got in?" Callie Colgrove says with a massive smile on her face. 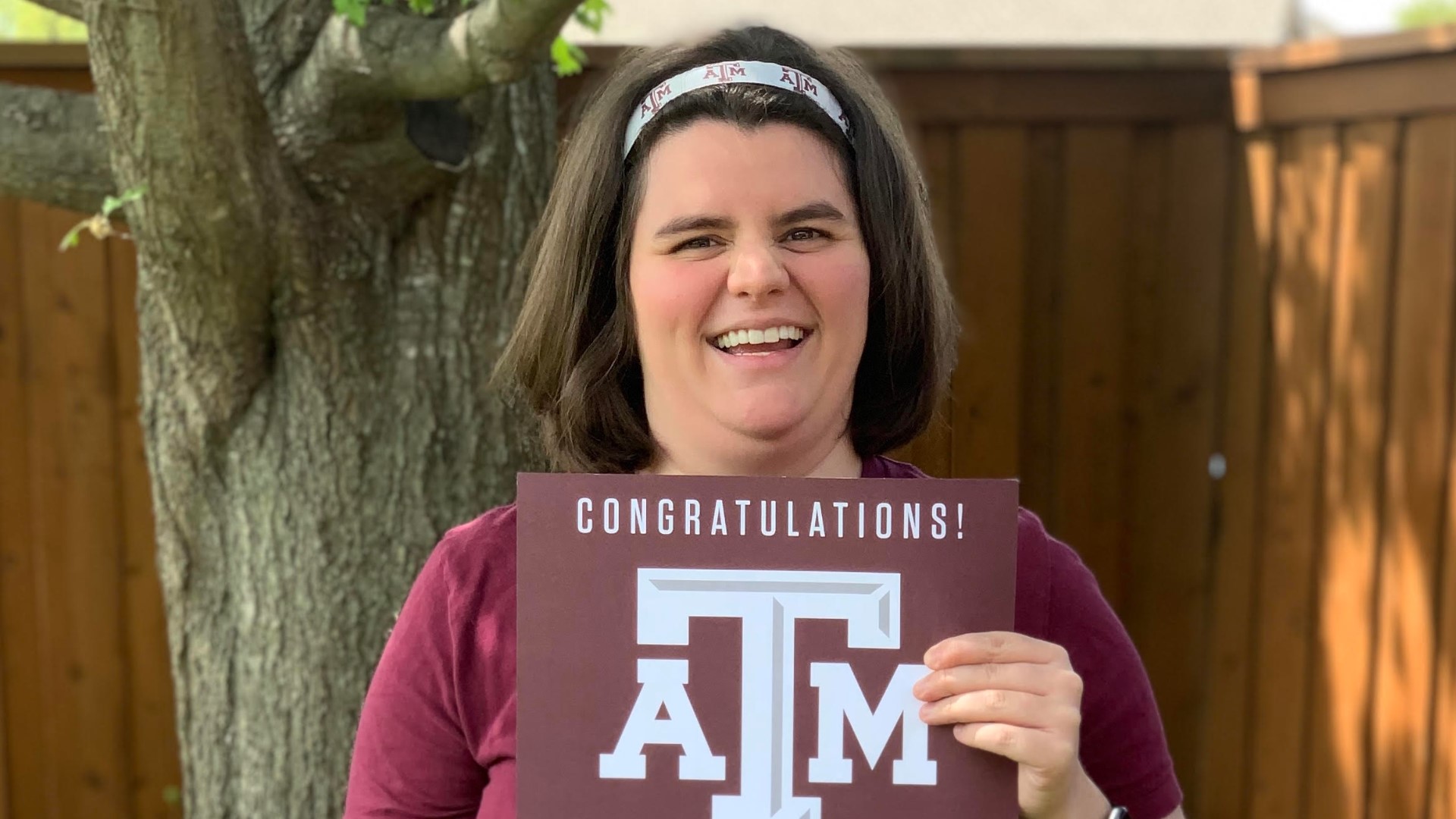 FRISCO, Texas — Quarantine. It's not the simplest of tasks.

If there's one thing we've all learned during the last month, it's appreciation.

Appreciate the life you have, your health, and the little moments that bring you joy.

In the suburbs of Frisco last week, Callie Colgrove and her family got quite a moment of joy that's making the rounds on social media.

"I was so surprised!" Colgrove said.

"With everything going on right now, it's good to have good news," Colgrove's father Daniel echoed.

Colgrove is 21 and has ataxic cerebral palsy. She's a student within Frisco ISD and is now part of the district's job training program called "Project Search," after graduating from Wakeland High School.

Frisco ISD offers education to a number of students who are 18 or older and who face intellectual or developmental disabilities.

Right now, Colgrove is working for Embassy Suites through Project Search, but this is her last year of eligibility.

The next step? College.

Credit: Rhonda Colgrove
Callie Colgrove takes time for a picture after learning she was accepted.

"She's always wanted to go to college and be like everyone in her class," Colgrove's mother Rhonda said. "But it's something that we never thought was possible."

Due to Colgrove's special needs, she's limited to where she can go. However, that's where Texas A&M's Aggie ACHIEVE program comes in.

"That means you got in!" Rhonda Colgrove replies.

Credit: Rhonda Colgrove
Colgrove poses in front of her house as friends and family drive by to congratulate her.

The following moments were just pure happiness, as Colgrove struggled to string a response together yet maintained the pureness of realizing she's going to college.

"This is something great for Callie that she's been waiting on for so long," her father Daniel said, who is also a TAMU grad.

The video has been shared quite a bit online, giving lots of people stuck at home a reason to smile.

RELATED: Reasons to Smile: 5 upbeat stories to get you through the day

"I figured we would share with our friends and a few in the school district, but not as far as it's gone," Rhonda said.

"And it has!" Callie added.

A social distancing parade was held for Colgrove over the weekend. Dozens drove by and congratulated her.

Credit: RHONDA COLGROVE
One of the many people who drove to congratulate Callie outside her home.

"I didn't think everybody would do that for me," Colgrove said with a grin.

If all goes well with COVID-19, Colgrove will start school later this year and be part of the university's Class of 2024.

For her, it's the best news of her quarantine.