"To read that in a letter, that I was going to get my diploma, it's total bliss," Charisma Lindsey said. 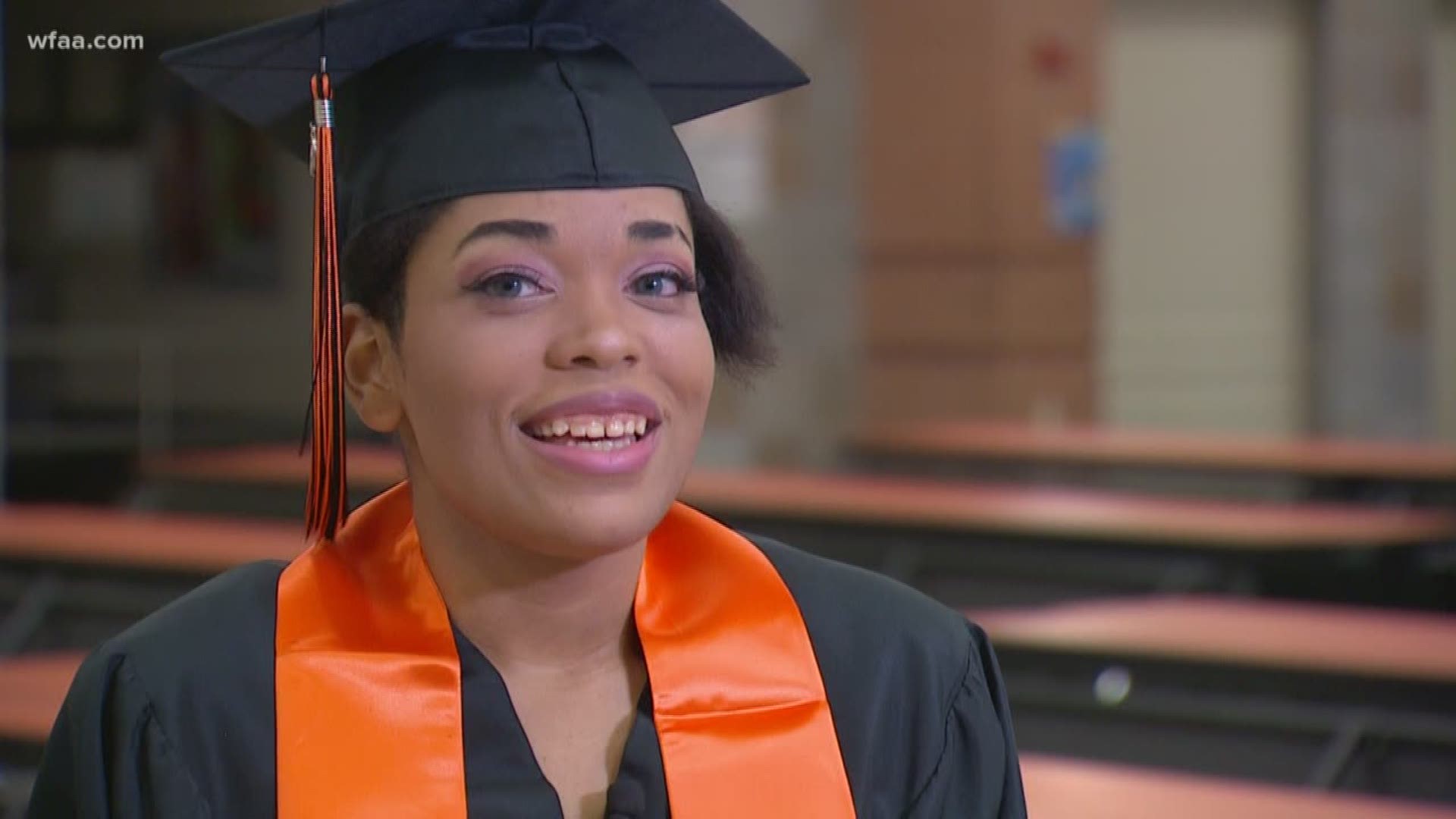 LANCASTER, Texas — Thirteen former Lancaster High School students finally received their diplomas Thursday evening after former state standardized tests kept them from walking across a stage in their cap and gown with their peers.

Formerly in Texas, the requirements to receive a diploma upon completing the 12th grade was dependent on passing all portions of the TAAS, TAKS, and STAAR tests.

But in 2015, a bill signed into law by Gov. Greg Abbott changed that. If students have enough credits, didn't fail their classes, and didn't fail more than two portions of the STAAR test by the end of their senior year, they can go before a committee to be approved for a diploma.

A recent bill signed into law in 2017 also gave districts the option to award diplomas to former students who failed the TAKS or TAAS test in previous years.

Board members for Lancaster ISD voted to do just that. "It is our vision for our students to achieve self-sustaining success, and to leave a lasting legacy," Superintendent Elijah Granger said. "A high school diploma is key to that success."

Toward the end of 2018, the district began searching for students like Charisma Lindsey, 24, who were barred from receiving a diploma because they couldn't pass all the portions of former state standardized tests.

Lindsey, a member of the class of 2012, took the math portion of the TAKS test five times and never beat it.

"It would always be that one little point, that one or two points that kept me from passing," Lindsey said. "I tried so hard. I did the best I could, and couldn't do it. So it was an emotional time for me. It was heartache, and it was frustrating."

When Lindsey didn't receive her diploma, going to college became an afterthought. Most community colleges have become flexible when it comes to having a high school diploma for acceptance, but at almost every university, it is a requirement.

Lindsey wanted to own her own business and was interested in computer animation. She now works as a sorter for FedEx at the company's warehouse in Hutchins. "Every time I drive by this school, it reminds me that I want to do better. It makes me want to be better," Lindsey said.

The 24-year-old wasn't a terrible student either. She made A's and B's.

Getting a diploma was always her goal in high school, so she was thrilled and confused too when she received a letter from the district saying that she could claim her diploma at a ceremony on March 7. "To read that in a letter, that I was going to get my diploma, it's total bliss," Lindsey said.

One by one, student names were read as they walked across the stage in the auditorium and received that piece of paper they were always chasing.

And for many, it's been a long time coming. Some students were from the class of 2009, 2007, and one went back as far as 1998. That former student is Anthony Robinson. He now has 5 kids and has two daughters who go to Lancaster High School.

"I could never pass the math portion of the TAAS test," Robinson said. "So, this feels good." Robinson now works for Atmos.

It was a bittersweet moment to watch family members cheer and scream for their graduates -- something they never were able to do.

At one time, the doors of opportunity were closed on so many of the students graduating Thursday. Now, they're wide open.

"It means the absolute world to me to get this diploma and to have it actually in my hands. Ahhhh, it's awesome," Lindsey said.