Why we're running in the Dallas Marathon

Teresa Woodard said she's running to prove that she can. 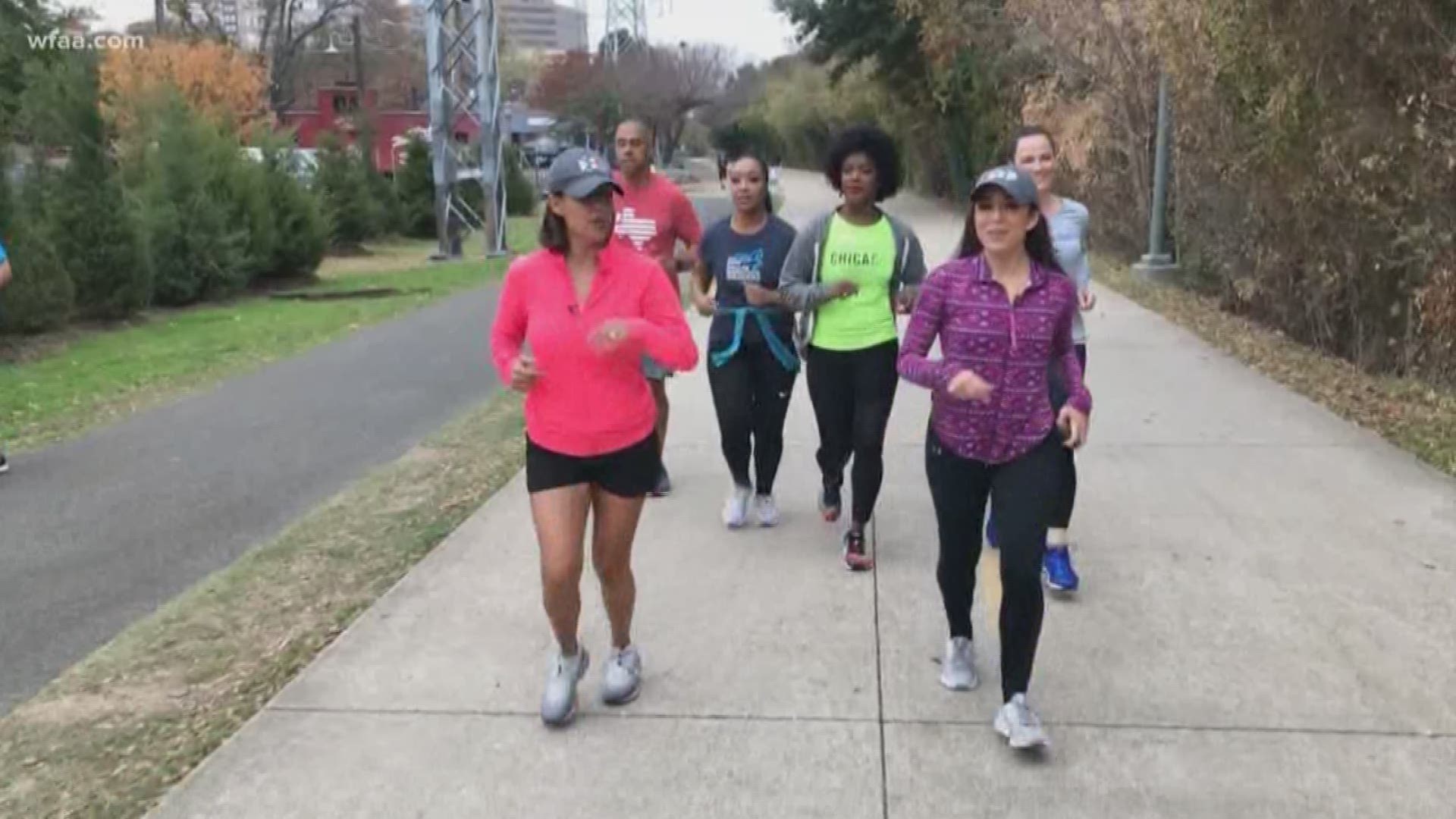 In addition to the full marathon, the weekend includes a half marathon, a 50K Ultra Marathon, relays, 10K, 5K, and more.

Among the people taking to the streets are a handful of WFAA employees.

We asked some of them why they were taking part in the event and what their motivation for running is.

I wish I had some poignant answer for the question, “Why are you running a marathon?” During the grueling marathon training process, I often ask myself the same question. And I’ll admit I usually throw a couple of four-letter words in, too. The best answer I can give is this: to prove I can.

I wasn’t gifted with an overflowing cup of self-confidence. My husband calls me “The Duchess of Doubt” because I am a bit of a pessimist. I always assume I’m going to fail, make a fool of myself, or get painfully embarrassed with pretty much everything I attempt. But running gives me confidence.

Now, during a run, I battle the same voices I hear daily that tell me I’m not good enough or strong enough or smart enough or brave enough to do something. But, I just keep running. And those voices get a little quieter throughout my run. By the time I finish a run – they’ve shut the heck up! Clearly, running is my therapy and my running shoes are my therapist.

Completing a marathon is the hardest thing I’ve ever done – both physically and mentally. So, when I cross the finish line after 26.2 miles (my inner Duchess of Doubt wants to use “IF” instead of “when” there), I feel like I can conquer the world. It’s a fleeting feeling, but a darn good one.

I’m still shaking my head that Izzy roped me into this. And yes, I’m blaming her! We were reading some story about fitness one night, and she mentioned how WFAA is a marathon sponsor, and how easy it would be to register. Yeah, easy to fill out a form online …not so easy to run all these miles. But in the end I’m glad she got me going on this. I used to run a lot, and even completed two marathons – Honolulu and Chicago.

I’d always had it in the back of my mind that I wanted to run another one when my kids were old enough to remember. Someone once said, “You were made to do hard things” and it really stuck with me. I say it to my kids all the time. When they’re whining about being tired or feeling discouraged about something I tell them, “You were made to do hard things.” So I think about that on these training runs. And I think this half marathon is the kick in the butt I needed to eventually run a full marathon again. I can’t think of a better way to show my kids they can do whatever they set their minds to.