Why is esophageal cancer on the rise?

Shannon DiMascio was diagnosed with esophageal cancer when she discovered she was anemic while trying to donate blood. She didn't have any other show symptoms. 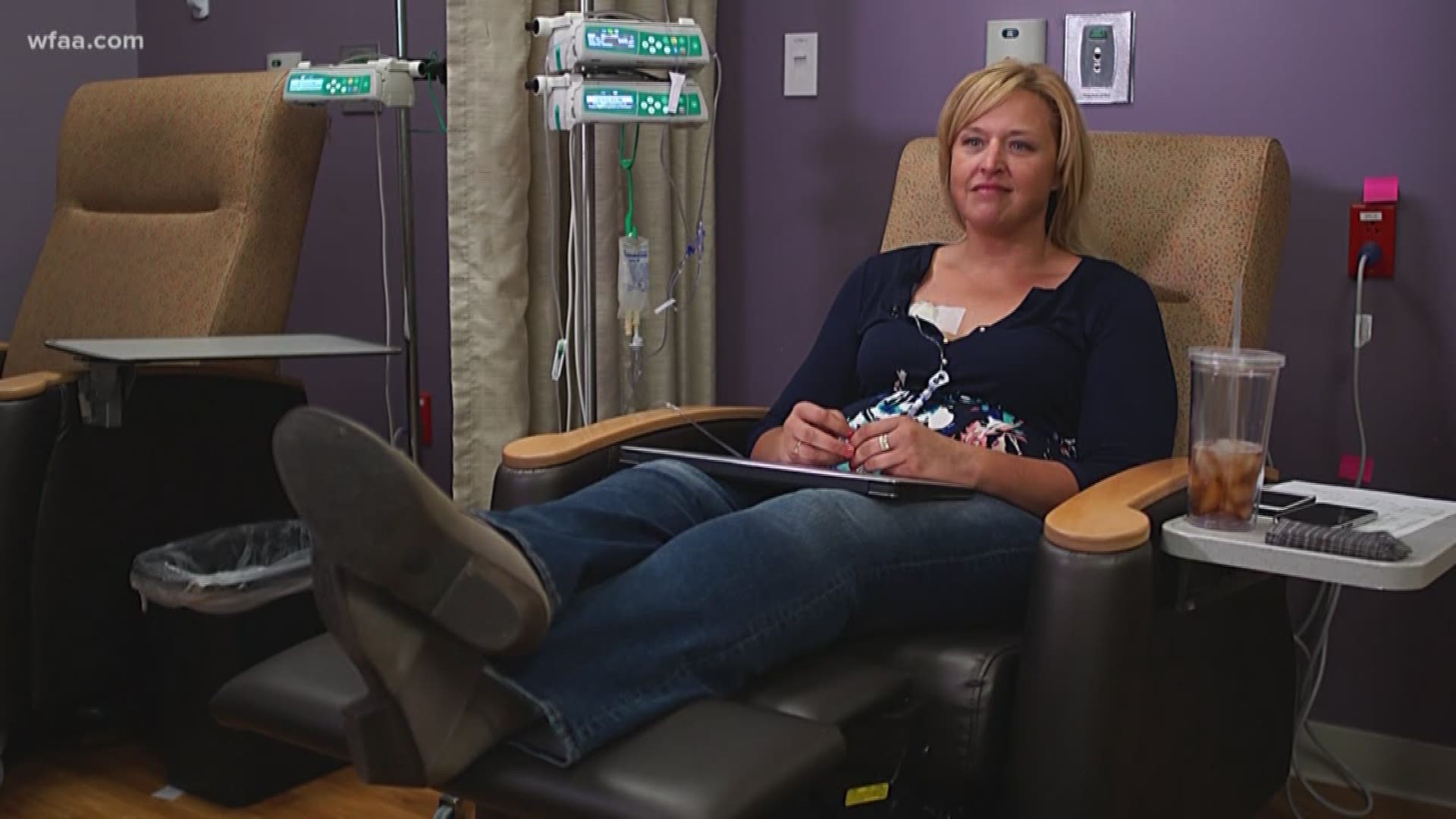 It’s estimated that in 2019, more than 17,000 people will be diagnosed with esophageal cancer. A majority of them are men, and the survival rate is grim.

While women are less commonly diagnosed with esophageal cancer, doctors are seeing an increased number of people diagnosed.

“I was trying to donate blood,” said Shannon DiMascio, 43. “When they took my blood sample, they said, you can’t donate blood. You’re severely anemic and you should probably go see a doctor. No one suspected cancer, but it was cancer.”

A competitive sailboat racer, DiMascio is a fighter both on and off the water.

“It’s a very primal kind of sport,” said the mother of two. “Humans have been sailing for a really long time.”

DiMascio’s 2017 diagnosis of stage one metastatic esophageal cancer may have slowed down her racing capability — but it hasn’t stopped her.

“I’ve been taking care of her for the past two years,” said Dr. Wendy Mahone-Johnson, DiMascio's oncologist at Texas Oncology Plano-Prestonwood.

Mahone-Johnson said she is seeing more cases of cancer in the lower part of the esophagus where it meets the stomach.

Why the higher instances?

Mahone-Johnson pointed to food choices and acid reflux, which changes cells in the lower esophagus.

Fortunately for DiMascio, her cancer was caught early. Her initial treatment included chemotherapy, radiation and surgery.

“I marched into all my doctor’s offices and gave them pictures from the regatta,” she said.

But her joy came with bad news. Her cancer had returned.

“We had hoped that through chemo, radiation and surgery she would be… cured,” Mahone-Johnson said.

DiMascio said she was shocked and scared when she learned her cancer went from stage one to stage four in a year.

“She does understand that her cancer is incurable,” Mahone-Johnson said.

The only option now is to manage it, which DiMascio is doing with immunotherapy and additional chemotherapy.

“The odds weren’t great at stage one," DiMascio said. "So, when it recurs at stage four, it’s a much scarier outlook as well... And it’s hard because you feel like you did all the right stuff."

"You went through all the treatment surgery — you recovered from it, returned to life, and it’s almost like getting a second chance kind of stolen," she said. "But then you get back to it and you fight it and you keep going. Can’t stop,” Shannon said through tears."

A fighter in two races, DiMascio is keeping a winning attitude on both fronts.

“These are the moments we live for,” DiMascio said about sailboat racing, which she has maintained to the degree that she can. “If you stop doing those things I think, the cancer wins.”

DiMascio, who is in clinical remissions, didn’t show symptoms of esophageal cancer. If you are experiencing symptoms, call your physician.