Several of the students in this year's Texas 4000 are from North Texas. 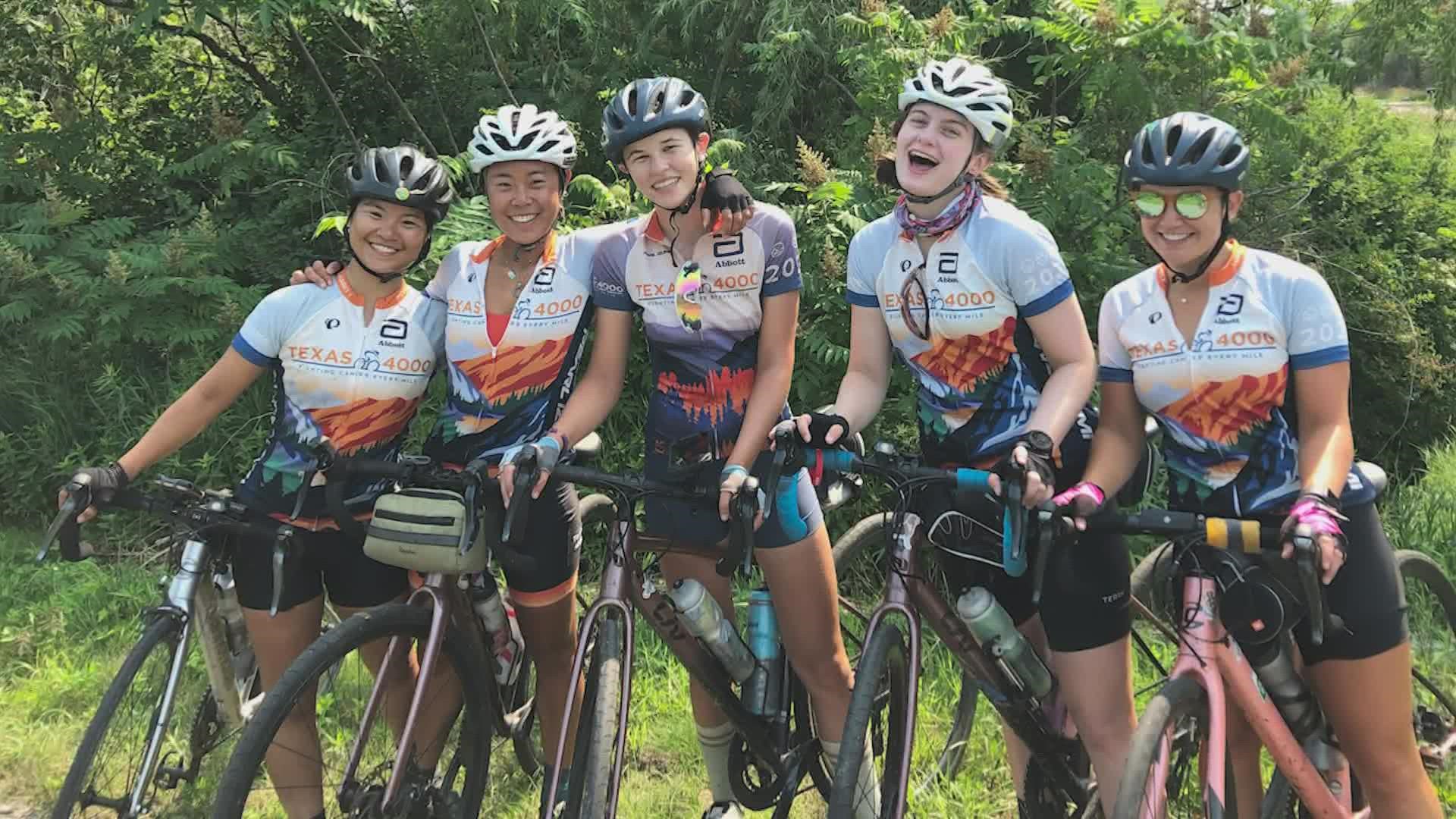 FLOWER MOUND, Texas — The longest annual charity bike ride in the world passed through the Dallas-Fort Worth area on Tuesday and Wednesday and will finish Friday in Austin.

It’s called the Texas 4000, and this year 85 University of Texas at Austin students signed up to participate.

“Being on the road for 70 days is pretty hard,” Kirsten Hahn, a recent UT Austin grad taking part in the ride said. “I think it doesn’t sound like a lot when you first start, but then you’re like ‘Oohh, I got myself into this.'”

Hahn is from Flower Mound and one of five riders from the city in the charity event. Since 2004, more than 980 students have completed the ride, raising more than $12 million for cancer research. Each student is required to raise as least $4,500, but Hahn says many blow past that mark.

There are several routes for riders, but Hahn and 15 others went on the new "Smokies" route which totaled 5,700 miles going from Austin, to Nashville, up through Ohio, around Michigan, down through Pennsylvania to D.C. and then through Alabama on the way back to D-FW before finishing in Austin.

“It’s crazy...every single day you talk to someone who has been affected by cancer,” Hahn said.

Along the way, they received additional donations, stayed with host families or camped out and exchanged stories about cancer’s impact.

“We huddle up and talk about why we’re riding for that day,” Hahn said. “Community members would join them every single day and, just, hearing people talk about their stories and crying with them and sharing that human connection was very nice.”

Hahn’s grandmother and her father’s girlfriend passed from cancer. Her boyfriend’s father Mike Ringsdorf continues to battle it. Just before the ride, Hahn, who typically has shoulder-length curly hair, grew it out and then shaved her head donating the hair to wigs for children.

RELATED: Azle residents find comfort in a stranger who's willing to listen

“It’s harder to get really curly textured wigs so I thought it’d be really nice for kids who have curly hair, usually,” she said. “It’s also been nice on the ride because I don’t have to wash as much hair.”

Each rider has their own story.

“I ride for my uncle, Bob Walter, who passed away from brain cancer a couple years ago,” Ryan Logan said.

Their message is: Cancer touches every life, even though you may not have lost a close loved one.

“Some days, we’re like, ‘This sucks, it’s so hard, we’re climbing so many hills, it’s raining, it’s a horrible day,'" Hahn said. “But it’s like you’re riding for those people, and memories of them really keep you going on the bike.”

The race to cure cancer has been a long road without a clear finish line, but the work never stops, and one of Texas 4000’s main beliefs is that the hope never fades.

“Bringing positive energy to other people and the hope is a really big thing to me, just giving them hope that maybe this disease will be cured one day,” Hahn said.

The Texas 4000 site still allows for donations even though the ride is underway.