It's touted as a natural remedy for a multitude of conditions but does not include the psychoactive properties found in marijuana, meaning it doesn't get you high. 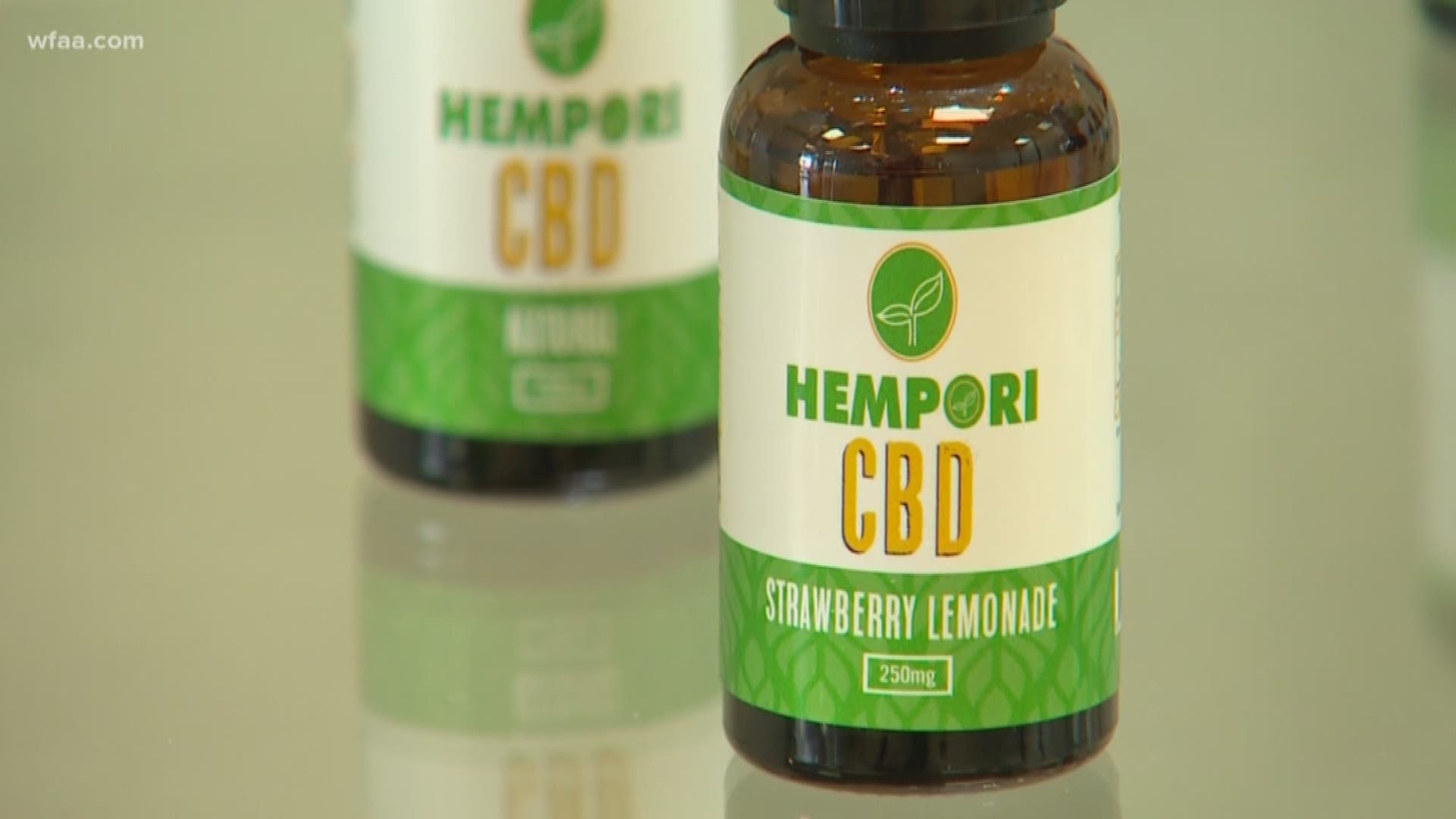 DALLAS — Grant Majers is two weeks into a brand new venture. The SMU grad has teamed up with three other Texans and is buying into the world of CBD by forming a storefront called Hempori Inc.

"CBD alone provides a tremendous amount of health benefits," Majers said. "No, I did not think I'd be in this kind of industry."

She drove from South Dakota to find her missing daughter, and see the suspect in court.

CBD or Cannabinoid oil is extracted from the cannabis plant, often known as hemp. It's touted as a natural remedy for a multitude of conditions but does not include the psychoactive properties found in marijuana, meaning it doesn't get you high. "We're very mainstream folks. We want to help people get well, and the value of CBD is much more than the counter culture market," Majers said.

Majers is one of a handful of new business in North Texas that are now selling some form of CBD product. Just last year, this industry received backing from the federal government. The Farm Bill passed the Senate and became law.

A law that moves hemp from the oversight of the Justice Department to the Department of Agriculture. A law that gave Majers and his business partners confidence to grow this new business in their home state.

"We felt very confident about going ahead and moving forward with it," Majers said. "I think that there is a great market here for it. Certainly, we're in this to be in business," he continued.

It's important to note that the FDA hasn't backed any of the health claims surrounding over the counter CBD oil. "We're really about offering an alternative to helping people get well from ailments that historically they haven't been able to."

But anecdotally, Majers and many others will tell you these products work as he plans for his small business to grow. "Really what I see is an opportunity to help people," he said.