Medical cannabis now weeks away for Texans suffering from epilepsy 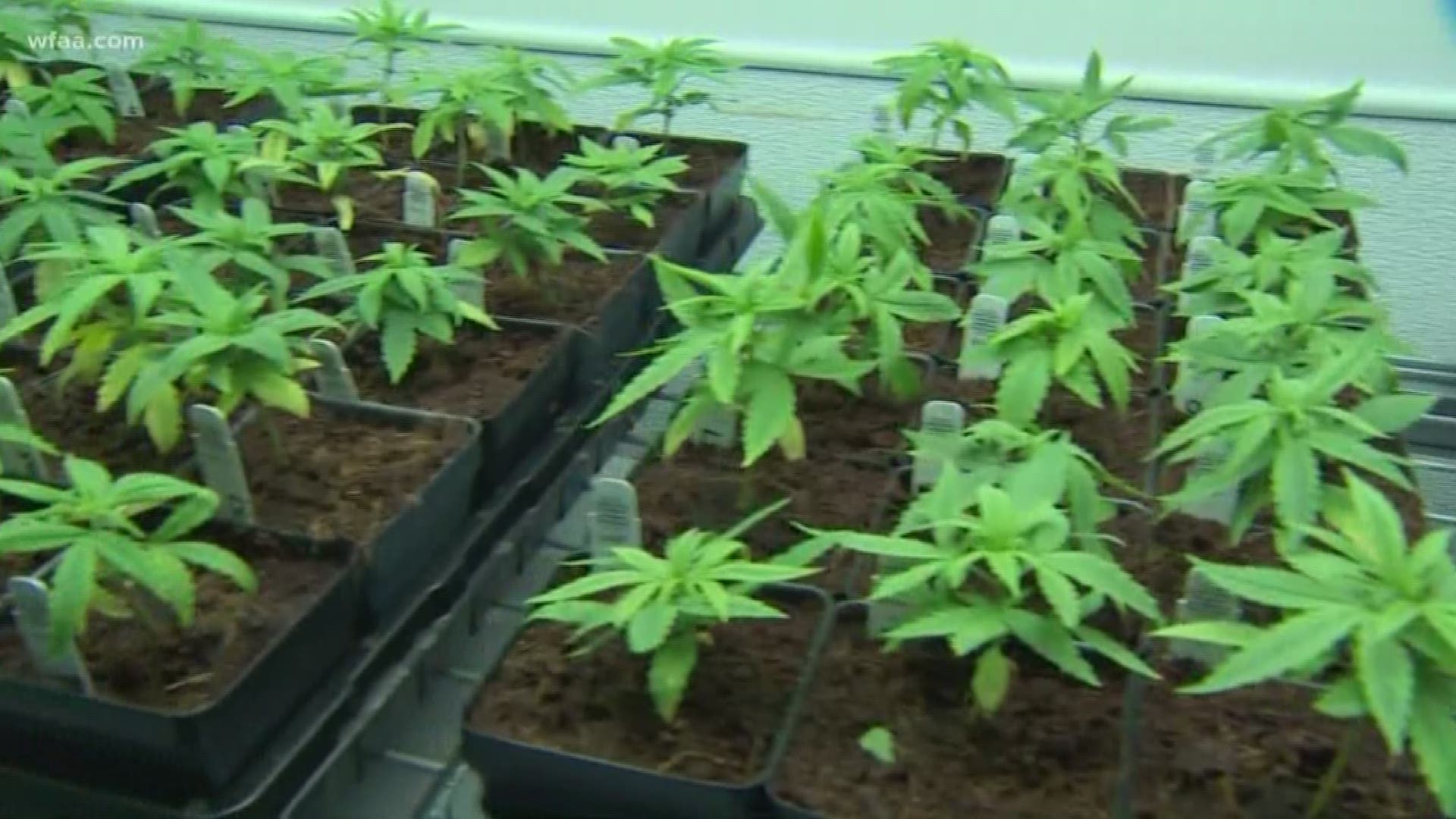 Schulenburg, Texas is quite proud of its German heritage and almost protective of its newest industry.

“If it helps kiddos or helps people with pain, I’m all for it,” said Roy Smrkovsky, owner of City Market, a popular meat market which sells sausages across the state.

“I’m all for it. I have a daughter who’s been diagnosed with epilepsy,” explained Issy Hinojosa, a mother. “She’s on medication, but she can have two or three [seizures] in one day.”

Hinojosa hopes cannabis oil can help her daughter when pharmaceuticals do not.

Knox Medical told WFAA it would start distributing cannabis oils next month in a fleet of unmarked vehicles with special security measures. Its couriers will wear body cameras and drive anywhere in the state to deliver doses directly to patients. Knox Medical said it has no immediate plans to open a local dispensary at its growing operation near Schulenburg.

After it opened facilities in Florida in 2014, Knox Medical said it now delivers cannabis oils to 10,000 patients from Pensacola to Key West.

Its Texas location, off Interstate 10 between Houston and San Antonio, is the first of three different operations to be licensed by the Texas Department of Public Safety. DPS inspects each facility weekly.

The state legislature required DPS to license at least three facilities, which it has done.

“A decision to increase the number will be made if and when it is determined that more licenses are required in order to ensure reasonable statewide access,” writes DPS on its website.

“Come and take a look at our facility. This isn’t your second cousin’s closet in his dorm room, where he has some lights and is growing. This is a multimillion dollar facility,” said Morris Denton, chief executive officer.

The first strain grown by Compassionate Cultivation is named Klick, after Fort Worth Republican state Representative Stephanie Klick who got the law passed.

Beneath bright white lights and blowing fans, Denton stood in what is called the vegetation room.

“It’s where the plants begin their life. It’s where all things begin for us. It’s the beginning of the future for people with intractable epilepsy,” he said.

On average, it takes 100 days from planting a seed to bottling the oil, said Denton. Compassionate Cultivation said it plans to offer a dispensary on site for patients who want to pick up their medication.

“It’s historic in a lot of ways for us in Texas and the people of Texas to be in this position,” said Denton. “We’re not here because we’re big consumers of cannabis. We’re here because we believe in the power and the hope and the promise of the medication.”

Legal plants in Texas have very low levels of THC, which is the ingredient that makes you high. Only .5% THC is allowed by law.

Plus, only patients suffering from intractable epilepsy with a prescription from a registered doctor can use it. Currently, only six doctors have registered with the state to prescribe it.

“I’ve been contacted on a daily basis by parents, by patients, by family members, by doctors that have been waiting in anticipation in Texas for this medication,” added Denton. “I think we’re at the beginning of a transformational decade in Texas with regards to this medication.”

He anticipates his company will begin distributing the oil to patients in January.

Folks at City Market in Schulenburg are anticipating the new arrival, as well.

“I’m looking forward to it because my wife has been in pain constantly for ten or twelve years. If we can find anything to relieve the pain, I’m for it,” added Smrkovsky.

Medical cannabis stands to help 150,000 Texans suffering from intractable epilepsy. It is a cure that’s a long-time coming in a state no longer afraid of the plant’s power.