A 40-year-long study showed sperm counts have dropped by nearly half. Dr. Shanna Swan hypothesizes men will no longer produce sperm by 2045. 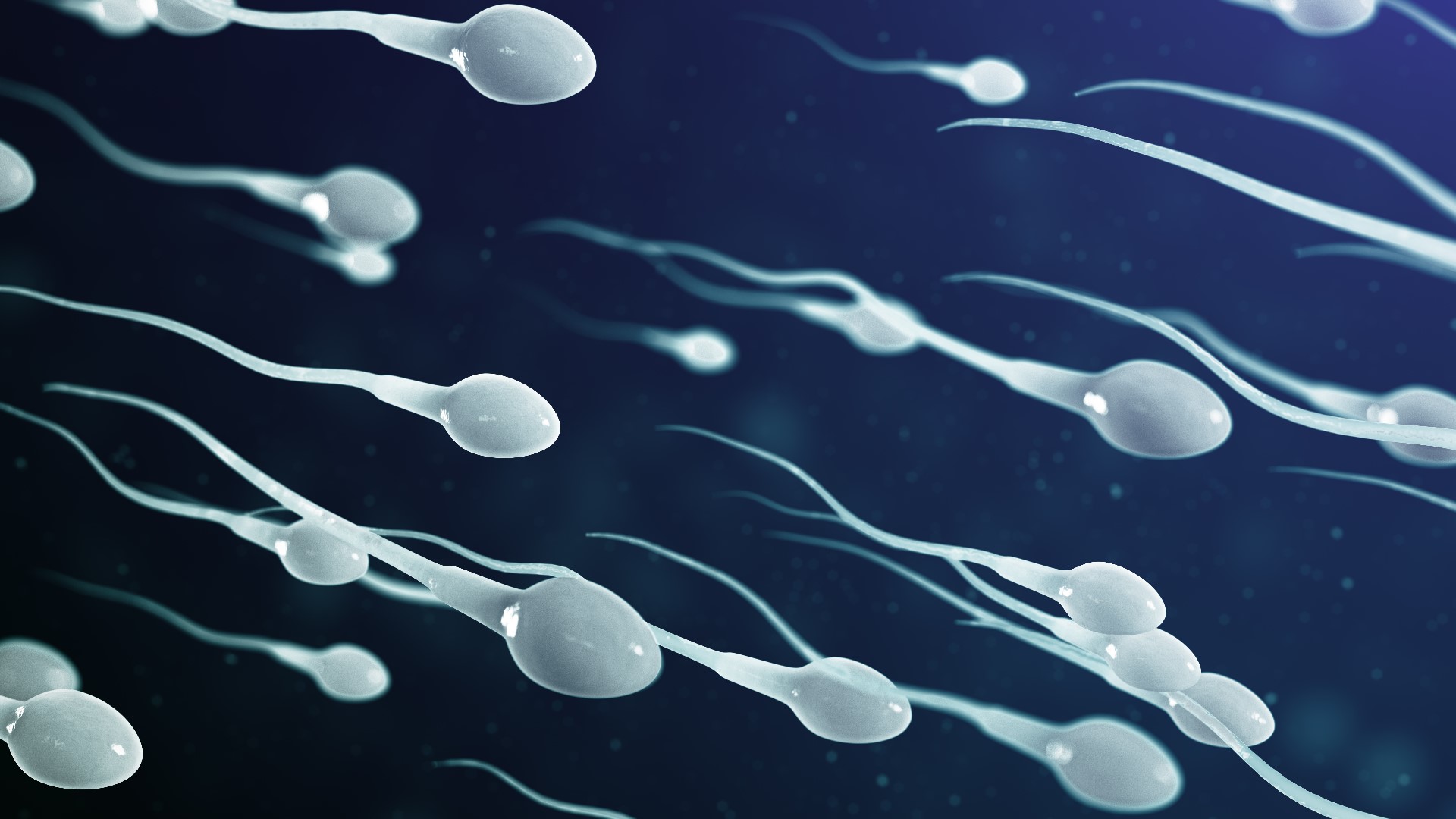 TAMPA, Fla. — You’ve probably heard of someone who struggled with infertility. Maybe you even know a couple who had treatment to help them have a baby.

Fertility issues are pretty common, and new research shows we could actually be on the brink of a fertility crisis.

Dr. Shanna Swan, an environmental and reproductive epidemiologist at Icahn School of Medicine at Mount Sinai, found sperm counts have plummeted over the last four decades.

The journey into parenthood has been long and tedious for Cyndel and Chris Surdovel.

They started trying to have a baby four years ago when they were both in their late twenties. They struggled to try to conceive and resorted to in-vitro fertilization. They experienced several failed treatments and a miscarriage.

"When you decide you’re ready to start a family and it doesn’t happen, it starts to become this obsession, and then you just kind of lose the joy of your everyday life," Cyndel Surdovel said.

The Surdovels were diagnosed with “unexplained infertility,” when doctors can't determine the specific reason a couple is struggling to conceive.

"Twenty percent of the couples we see on average have what we call unexplained infertility," said Dr. Celso Silva, the Medical Director at Shady Grove Fertility and Surdovels' doctor.

Infertility is on the rise with at least one in 10 couples struggling to get pregnant in the United States.

"Age is a major factor as far as the reproductive potential of any couple, the age of the female partner," Silva said.

According to the American College of Obstetricians and Gynecologists, advanced maternal age refers to women age 35 and older. The term is intended to highlight the increased risk of complications that can occur such as difficulty conceiving, miscarriage and birth defects.

The age factor is pretty well known, especially among women who seem to be reminded of their "ticking clock" from relatives, friends, or strangers at some point in their lives.

However, new research shows infertility rates could be rising because sperm counts are dropping.

"All we can say is it has significantly declined with no indication that the rate is slowing down," said Swan, a reproductive epidemiologist who spent years studying male sperm counts.

"It’s not just the number of sperm. They have to be shaped well," explained Swan, who described the upstream swim sperm have to travel for conception to occur.

In her new book, "Count Down," Swan says based on the current curve, sperm counts could be down to zero by 2045.

There are already a number of habits researchers have long established that deplete one's sperm count.

Swan says certain occupations, like people who manufacture pesticides, have been shown to have zero sperm along with men who work with lead.

RELATED: US birth rates drop for every major race, ethnicity and almost every age group

Here's where things get a little doomsday on us.

Swan hypothesizes other factors that we aren't tracking are leading to an eventual fertility crisis.

She said, "While you can ask people how much they smoke or what drugs they take, you can’t do that with environmental exposures."

Swan believes chemicals from plastics are getting into our bodies, impacting our hormones and ultimately interfering with our reproductive functions. Phthalates are the culprit. Remember that word. Phthalates are chemicals in plastics that lower the bodies’ testosterone.

So how do phthalates get in our bodies?

Swan says they're everywhere. Any food product that is passed through a soft tube in the manufacturing process has likely absorbed harmful chemicals that could creep into our bodies.

"If you eat unprocessed food, particularly, if you can afford it, organic food, then you are avoiding a lot of exposure," Swan said.

However, it's not just food. Swan said creams, nail polishes, fragrances and other health, beauty and cleaning products are oozing with phthalates.

In regards to sperm counts, much of the damage is done when a male is forming inside the mother's uterus.

Swan said the chemicals get into a woman's body, then into the testicles of the fetus and change development.

"When that child becomes old enough to have sperm, they’ll have a low sperm count and be infertile," she said.

While changing our eating habits and being intentional about what products we use might help slow the curve, Swan says it's not enough.

She said we need entirely new products made of safer materials. It will take government intervention.

"They have to be made of different chemicals. Chemicals that can’t interfere with our hormones," she said.

It’s a call to action many couples, like the Surdovels, who spent years trying to conceive, can get behind.