Tennessee ranks 8th in the U.S. for most child hot car deaths. 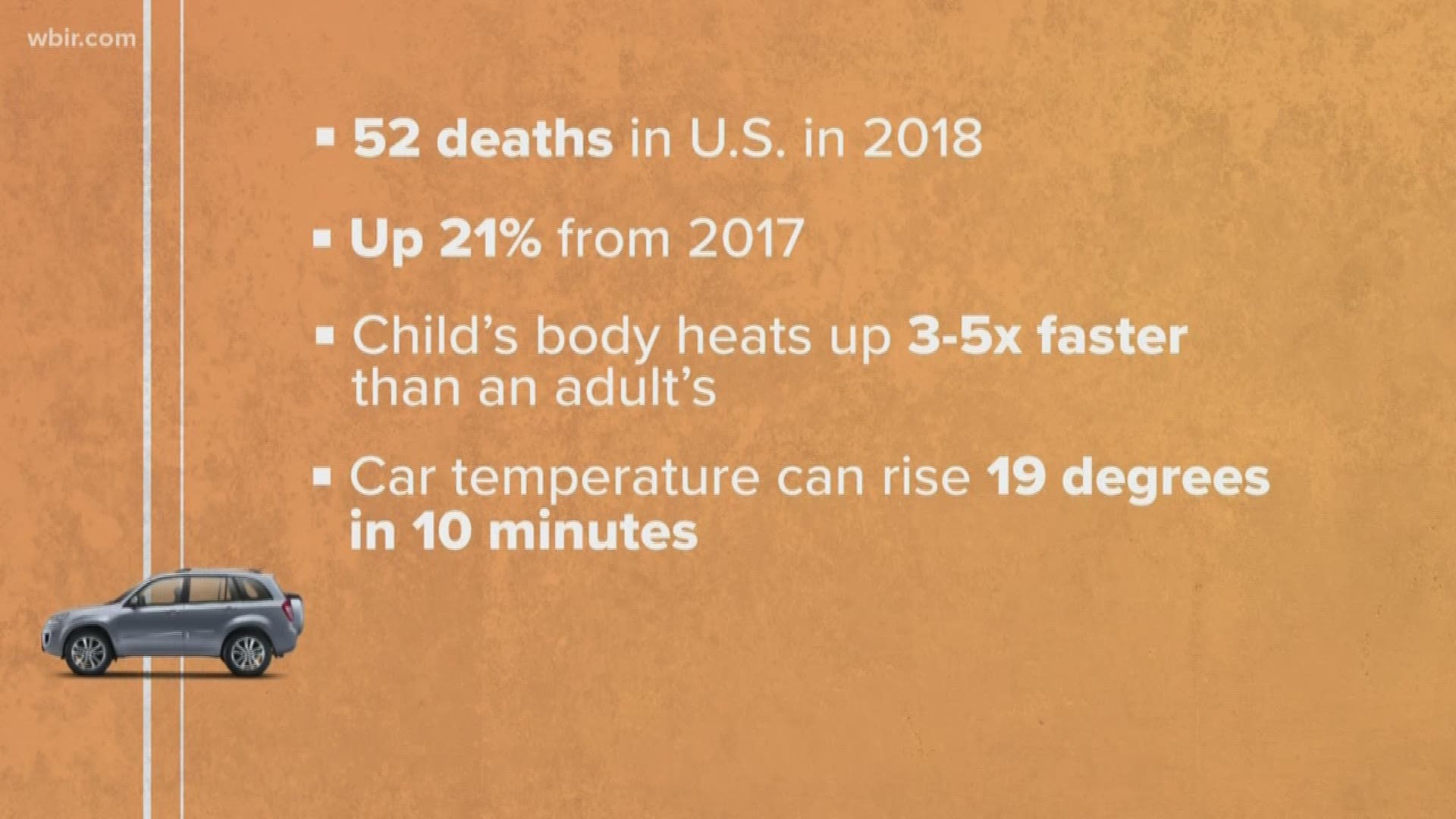 KNOXVILLE, Tenn. — A 3-year-old boy in Morristown is the 15th child to die in a hot car in the U.S. this year.

That's according to KidsandCars.org. The organization reports about one-third of hot car deaths happen when kids get into cars and can't get out.

Police believe that was the case with the Morristown toddler.

Tennessee ranks 8th in the U.S. for most child hot car deaths with 33 fatalities in almost 40 years, according to KidsandCars.org.

Last year, 52 kids across the country died in a hot car.

A child's body heats up 3 to 5 times faster than an adult's body. On these hot summer days, a car's internal temperature can rise 19 degrees in just 10 minutes.

So how can parents be extra sure everyone who enters the car gets out?

Lawmakers are pushing for mandatory technology in cars to alert drivers when a child is left in the back seat.

A bill was introduced to the U.S. senate prompting just that in May.

Some cars already have that, including most newer Chevrolet models and other General Motors cars.

"2017 was the first year with the GMC Acadia and now GM has it in most of their vehicles," said Rick Pettinger, sales manager at Reeder Chevrolet.

If either rear door is opened within 10 minutes of starting the car, the sensor is activated.

Turn off the car, and a message pops up reminding the driver to check the back seat.

"It's very obvious when you use this system that you need to check the rear," said Pettinger. "So I think it's probably saved lives. I certainly hope it has."

If your car doesn't have this, there are plenty of other options for reminders.

Try putting your left shoe in the back seat. You won't walk away without that.

Some car seats also come with sensors that sync with your car.

Free apps like The Backseat and Waze will send you alerts when you arrive at your destination to check the back seat.