Fort Worth ER doctor racks up millions of views on TikTok 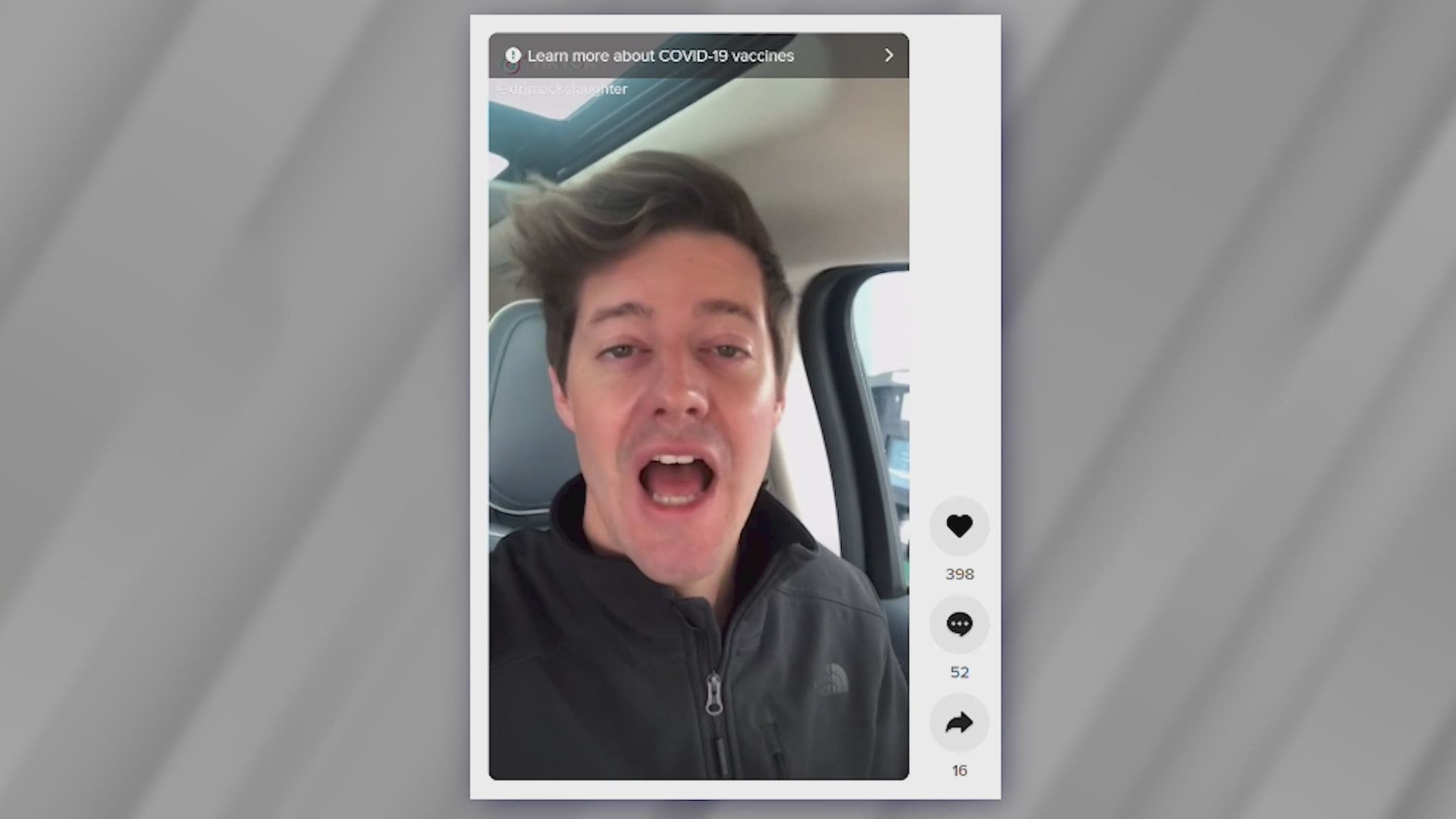 FORT WORTH, Texas — He was a professional singer and actor before graduating from medical school, so Dr. J Mack Slaughter is just as comfortable in front of a camera as he is in front of a patient.

TikTok, which Slaughter said he used to think was for “teenagers and dance moves only,” appears to be the perfect platform to showcase all his skills.

He began posting short videos about COVID in early 2021.

“People didn’t even feel like they could trust the CDC at one point, so where could they turn?” he asks.

RELATED: ‘Let’s do this!’: Fort Worth ER doctor makes emotional plea to North Texans to trust the COVID-19 vaccine

“I was a physician who had done my own research and had decided that it was absolutely worth it for me to get this vaccine and to tell all my friends and family to get it as well. That really resonated with people because I’m not a governmental body and I’m not this huge corporation that stands to gain financially.”

Slaughter is a father of three who grew up in Fort Worth.

After a few years acting professionally in Los Angeles and even singing in a boy band, he came home to North Texas to attend medical school and practice medicine.

He is employed by a medical staffing agency and works full-time in several emergency rooms across the region.

When people began liking, sharing and commenting on some of his first TikTok posts about COVID, he decided to expand his content and his reach.

A post explaining signs that a baby is having trouble breathing got more than 1.2 million views.

And a video about nursemaid’s elbow, a common condition when a bone in a child’s arm gets dislocated, has more than 1.3 million views.

In total, his videos have racked up more than 15 million views in the last six months.

“There’s really an art and a science to making these videos,” he’s learned.

He noticed videos about sexual health or parenting seemed to resonate.

He’s even taken the time to write songs for his TikTok posts.

One song about treating gonorrhea has close to 39,000 views.

Slaughter is quick to point out that he is not diagnosing people or providing medical treatment to anyone.

He is sharing knowledge and offering preventive tips that can help people be more aware of their own health or their loved one's.

RELATED: From the archives: He was a member of a boy band in the 90s. Now he’s an ER doctor in Dallas

“One of the things that makes me happier than anything else is when I put a video out there and somebody comments that they are sharing this with a specific person,” he said.

His goal is to post one TikTok video every day and “just see where it goes.”

“When I’m in the emergency department I can make a positive impact on one person at a time. It feels really good because it’s a really deep impact,” he said.

“But there’s real power behind being able to convey important information to millions of people at the same time.”