Being on the field for a Texas Rangers home game is a once-in-a-lifetime experience for Grand Prairie's Rodney DuBaun. 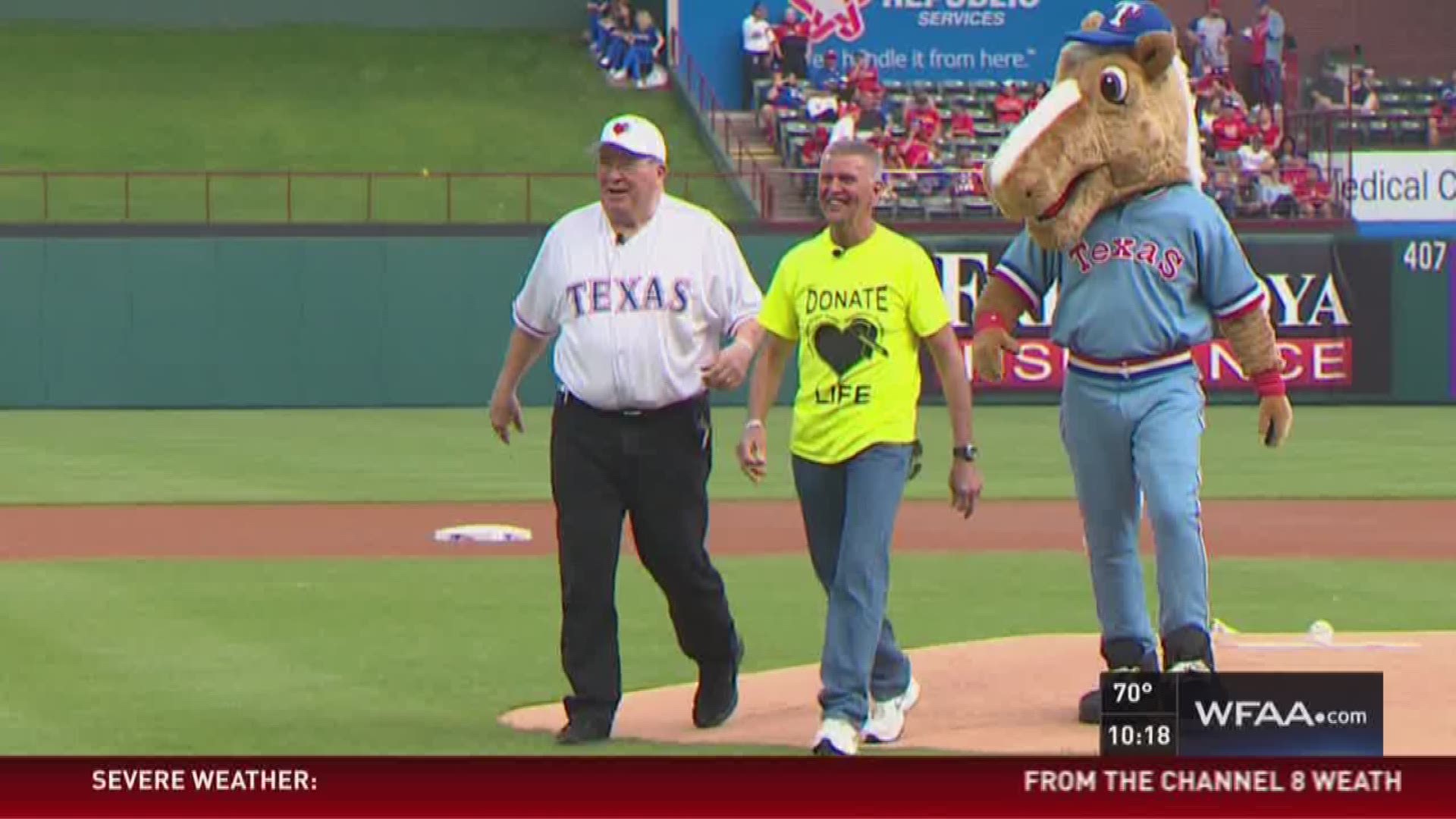 Being on the field for a Texas Rangers home game is a once-in-a-lifetime experience for Grand Prairie's Rodney DuBaun.

It's a special moment in the life he has, because of another life that ended too soon.

"We as parents got that most dreaded phone call that you'll ever get," said David Nicklas Sr.

David Nicklas Jr. was 22 when he was killed in a motorcycle crash in 1993.

His son, David Jr., was at Lackland Air Force Base in 1993. He was 22 years old the night he crashed his motorcycle.

His brain no longer functioned after the crash, and the family made a choice.

"We decided that, yeah, we would donate David's organs," Nicklas said.

That's when David's grandfather remembered a man he met six weeks earlier who needed a heart transplant. David's young heart was a perfect match for the father of two.

A file photo of heart transplant recipient Rodney DuBaun and his children after receiving the organ donated by David Nicklas Jr. in 1993.

"I can never repay what I've got," DuBaun said.

What DuBaun got was the chance to see his own family grow together with David's.

"They're like they've been my family my whole life," DuBaun added.

And now they work together as The Nicklas Foundation, promoting organ donation. They raised awareness Tuesday evening by presenting the game ball at the Rangers game in David's memory. They want those watching to remember that even heartbreaking endings can create new joy.

"You don't know who you're going to help," said DuBaun. "And that's the most important thing!"