Cuddle cots give grieving mothers the gift of time

Heather and Cody Baker gave birth to a stillborn baby, and the cuddle cot gave them time before they said goodbye. 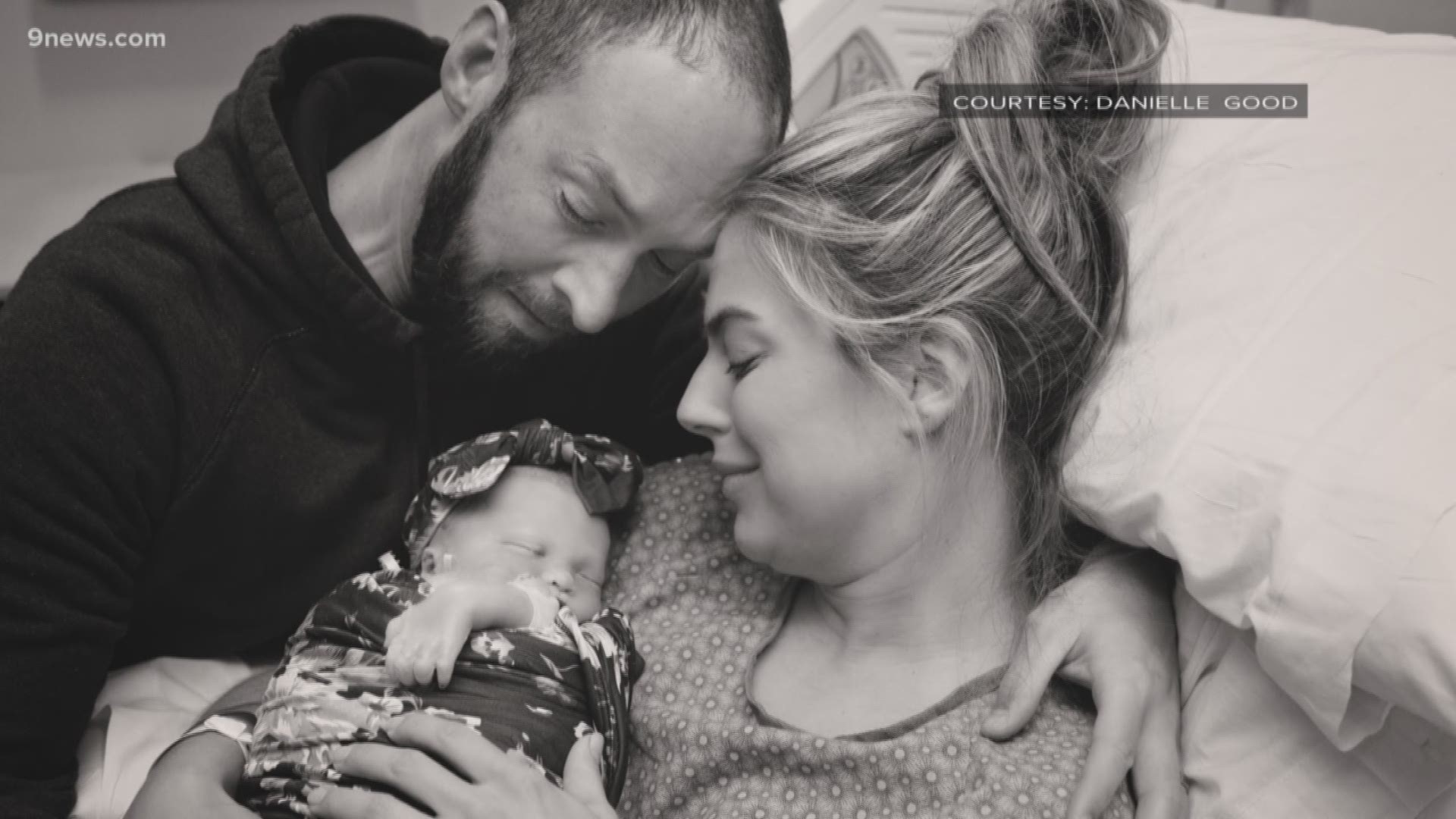 CASTLE ROCK, Colo. — For the Baker family, few moments have just one emotion.

Since Jan. 8, they said they have learned that things aren't just happy or sad. Moments can be everything at once.

“We found out that she was no longer with us the night before she was born," said Heather Baker.

Blakely Grace Baker's heart had stopped in the womb.

She wasn't breathing when she was born, but her birth story is one her parents will tell whoever will listen.

“I think it would have been easy and understandable for us to walk away and deal with it on our own," said Blakely's dad, Cody Baker.

On the day Blakely was born, her parents wanted to spend as much time with her as her body would allow.

A friend found a way to borrow a device called a cuddle cot that cools the body to stop it from deteriorating.

“There’s such a small time frame in which they can memorize their baby's face or their toes or their ears,  and the cuddle cot just allows them to have that extra time so they can study their baby and make those memories," said Amber Chardavoyne, the director of operations for Walk With Me, a non-profit that helps grieving families.

Heather and Cody Baker said they wanted to see if Blakely had his nose or her eyes. They just wanted to sleep knowing their baby was nearby.

“Looking back it was just the most beautiful gift of time," said Heather Baker. "Because she got to sleep next to us for the first and last time. And she looked absolutely perfect in the morning when we had to say goodbye."

At the time, the nurses at Castle Rock Adventist had never heard of the cuddle cot.

Now, they have one of their own after Heather and Cody Baker raised enough money to donate five of them to different hospitals.

“We just want to say thank you for allowing us to donate this," said Heather Baker. Because we would give anything to have her here. But because she’s not we just want to use her story to help other families and for them to know that they'll be okay."