On July 24, a Spirit Airlines flight diverted to New Mexico after a woman onboard was reported unresponsive, Sunport officials confirmed. 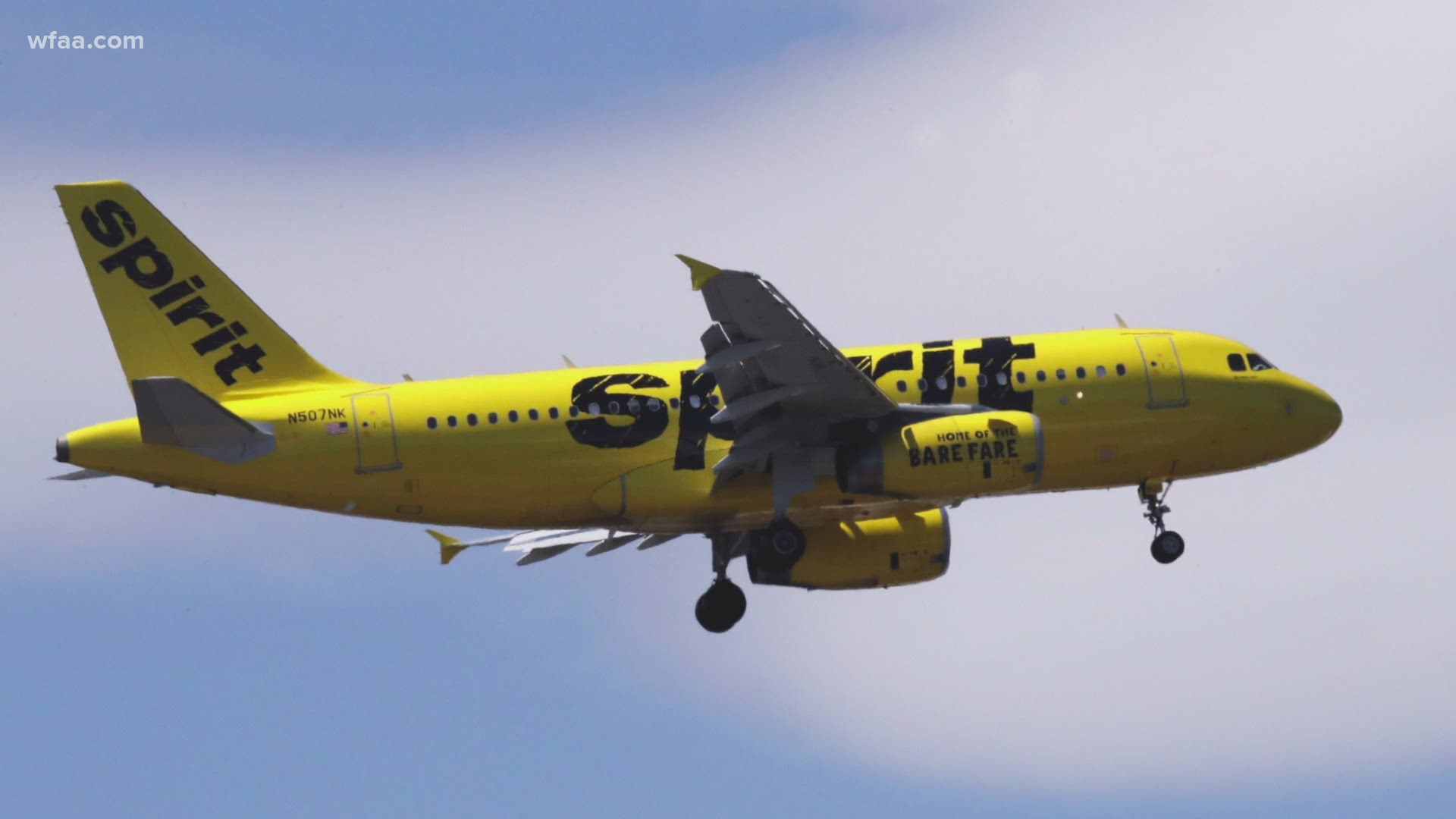 Updated at 8:10 p.m. Wednesday with additional information about the woman and comments from Director of Dallas County Health and Human Services  Dr. Philip Huang.

A 38-year-old Texas woman who had died while on a flight from Las Vegas to Dallas had COVID-19, state health officials confirmed.

Audio from the Albuquerque Fire Department revealed emergency workers were rushing to Albuquerque International Sunport for calls of a 38-year-old female having trouble breathing. She was identified Wednesday as Wanda Griffin.

When the plane landed, medics from the Albuquerque Fire Department and Kirtland Air Force Base entered the plane and administered CPR immediately, according to a police report. They moved Griffin onto a gurney and out of the plane onto the jetway, continuing efforts to resuscitate her.

Albuquerque police also stated that a Spirit Airlines flight attendant passed out from exhaustion after performing CPR on Griffin. The flight attendant was treated by medics and was later released.

"We offer sincere condolences to the family and friends of our Guest who passed away," Spirit Airlines said in a written statement.

Wednesday morning, a Sunport spokesperson said there was no mention of Griffin having COVID-19 at the time the flight was diverted, so they treated it as any other medical incident.

However, Dallas County Judge Clay Jenkins' office was notified by the Texas Department of State Health Services that Griffin did have coronavirus at the time of her death.

Due to state health officials having to match death certificates with COVID-19 positive patients, some reports can take weeks or months to be released.

Over the weekend Jenkins had originally stated that Griffin, unidentified at the time, was flying from Arizona at the time of her death, but he later corrected the statement. Earlier this week, Dallas County health officials said they were recently notified the woman was from the Dallas area and had coronavirus.

The judge said Griffin had underlying health conditions and that she died while the plane was on the tarmac. He said the woman was "ill and having trouble breathing."

“It sounds like there were some severe underlying health conditions in this particular situation,” said Director of Dallas County Health and Human Services  Dr. Philip Huang.

RELATED: Next up in hunt for COVID-19 vaccine: Testing shots in kids

In a written statement, Spirit Airlines stated all of its flight attendants have undergone in-depth training to respond to medical emergencies. The airlines also said it has several resources such as on-call professionals, medical kits, and personal protective equipment.

"We comply with all CDC requests for information, and contact tracing is performed by public health agencies," Spirit Airlines said in a written statement. The airline also reminding the public it has mask requirements and enhanced cleaning protocols, including state of the art HEPA filters.

Due to the COVID-19 pandemic, Spirit requires passengers older than 2 years old to wear a face-covering at all times.