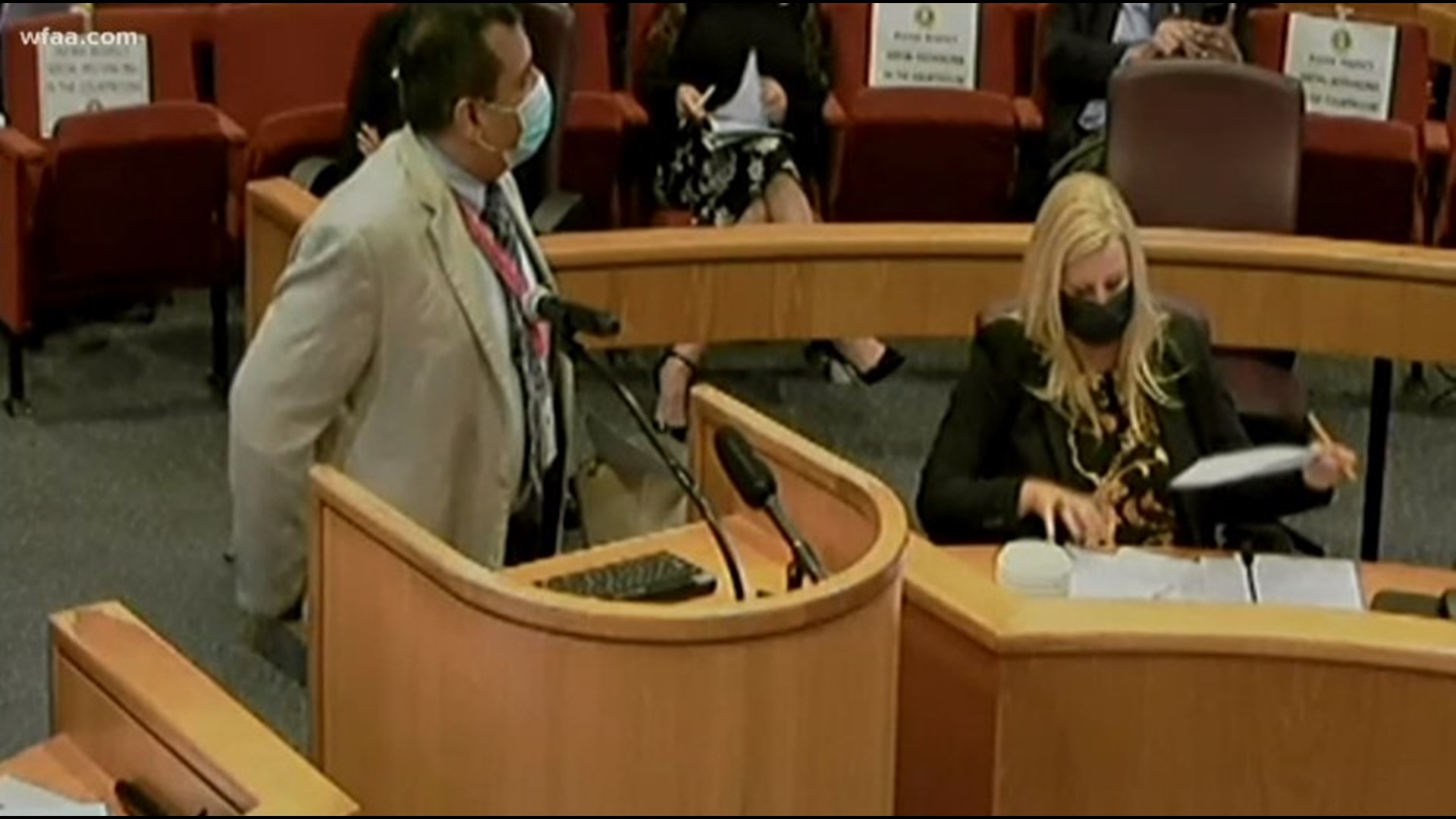 FORT WORTH, Texas — There were no mincing of words Tuesday at Tarrant County Commissioners' Court.

There were no mincing of fears, either.

He provided grim news Tuesday: another 757 new COVID-19 cases were confirmed, and 10 more deaths. This comes one day after 820 new cases were announced, which represented the three-day Fourth of July weekend.

Taneja said those burgeoning numbers aren't just up because we're testing more; positivity rates are way up, too. He said over the past few days, around 19% of people who are being tested for COVID-19 are turning up positive.

"Over the last four weeks we've quadrupled, going as low as 5% positivity to 20%," he said. "Disease has progressed and it's not a single indicator we look at. COVID-like illness has gone up. Number of cases have gone up."

And those cases, Taneja said, are now mainly coming from community spread. Facilities, like nursing homes and prisons, now only account for about 20% of cases whereas they used to account for 34%.

Wearing masks, they're hoping, will be a key to curtailing the spread. It was already a mandate in Tarrant County before Governor Greg Abbott made it so. 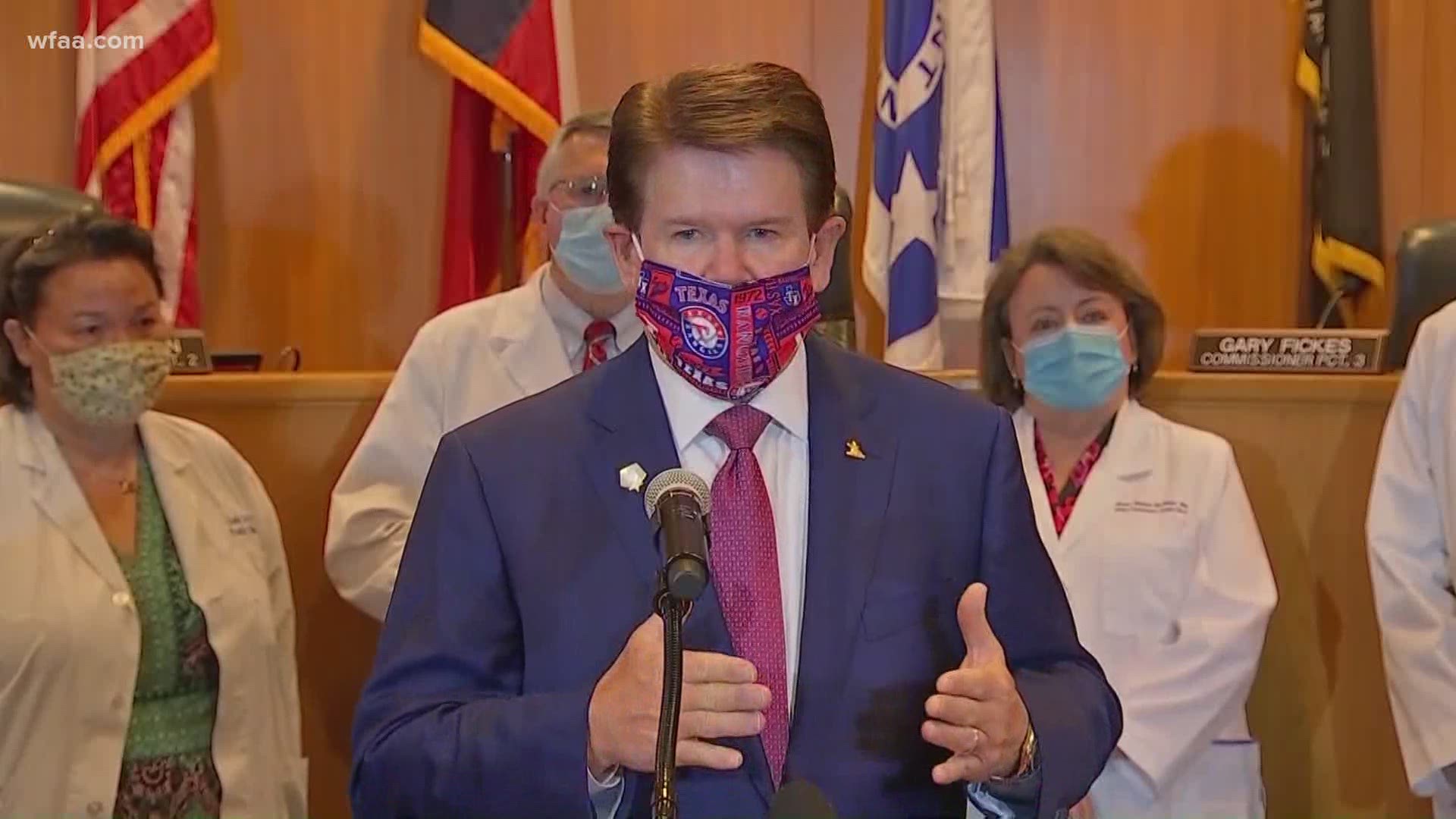 "I'll do just about anything to not have to close the businesses down again," said Tarrant County Judge Glen Whitley. "I think [the mask mandate] is a small inconvenience."

Whitley said he has no intention of enacting another stay-at-home order right now. One reason? He said Tarrant County still has plenty of open hospital beds.

"We're trying to find a way to flatten the curve without having to close businesses again," he said.

The county also reported a new outbreak at the women's federal prison in Fort Worth. FMC Carswell currently has 53 COVID-19 cases, 51 of which are coming from inmates.

Taneja also said the county's doubling times are getting smaller, meaning it's taking fewer days for case counts to double. At its longest, the doubling times were about 38 days; now they're at 23, indicating we could see case counts double in 23 days.