'We are not being protected': Grocery store employees demand better protections during coronavirus pandemic

Grocery workers say they haven't been given gloves or masks to protect themselves while continuing to work. 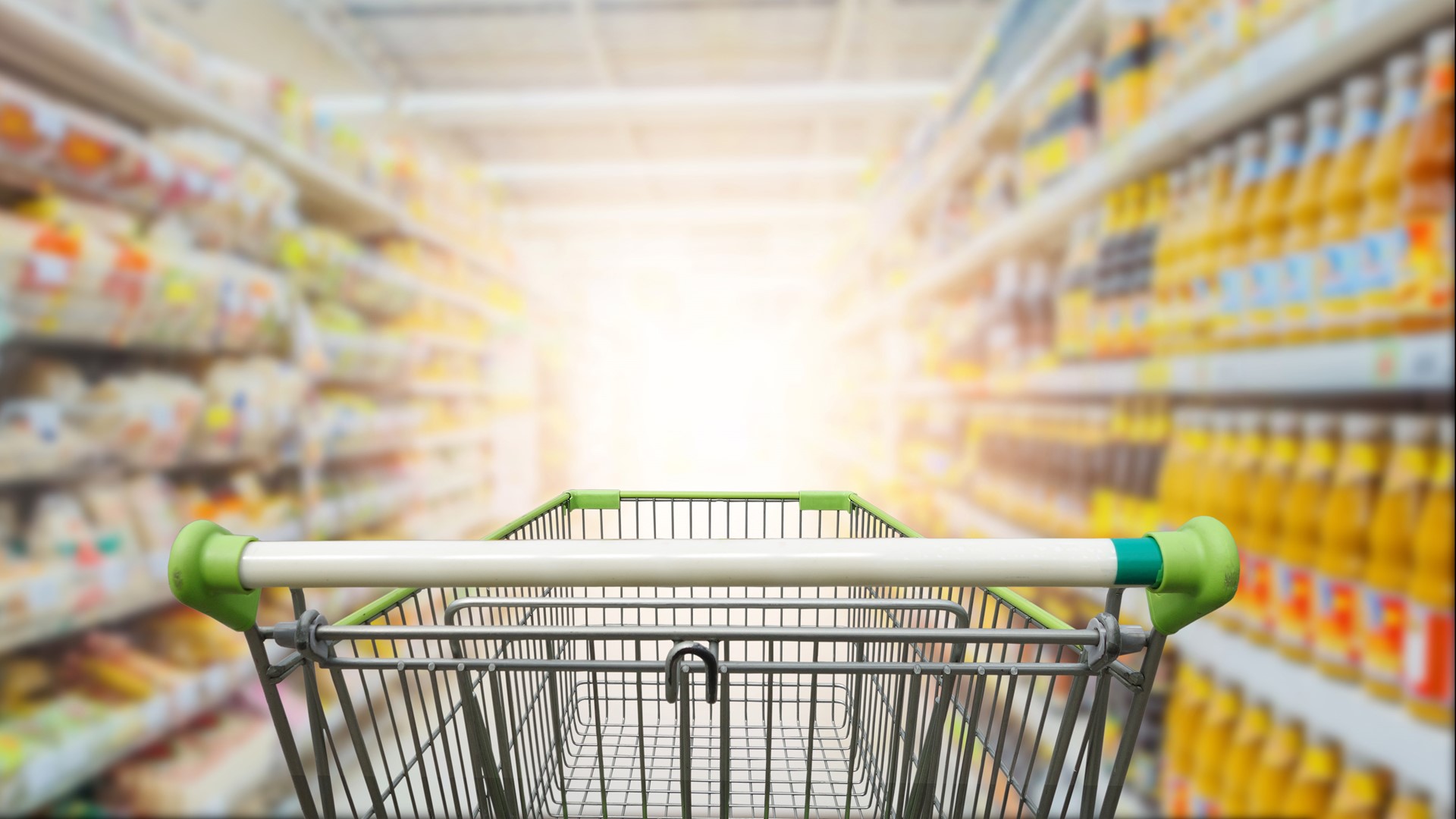 Grocery store employees have found themselves on the frontlines of the COVID-19 pandemic, and many say they've been forced to deal with unruly customers and lack protections to prevent the spread of the virus.

Workers for Austin-based grocery chain Whole Foods began a strike Tuesday, by urging employees to call out sick in order to gain better pay and protections.

Some Instacart and Amazon workers walked off the job Monday demanding greater safeguards against the virus.

RELATED: Some Instacart, Amazon workers strike as jobs get riskier

The state and federal government deemed grocery stores essential businesses, along with child care facilities and gas stations, meaning they should remain open during the COVID-19 crisis.

But unlike health care workers, grocery store employees are not considered essential employees, making them ineligible for certain benefits and access to protective gear such as gloves and face screens.

"We are not being protected," said a manager at a North Texas Walmart who contacted WFAA because she fears contracting the virus while on the job.

The Walmart manager is not being named because she fears losing her job for speaking out.

"We don't have the equipment needed to wipe down every register. Customer carts are not being wiped down," the Walmart manager said. "We don't have enough supplies to do that. We barely have enough paper towels to clean up if someone spills something on the floor."

Walmart spokesperson Charles Crowson said he found no validity to the claims made by the Walmart employee.

He said Walmart employees are following the guidelines set forth by the Centers for Disease Control and Prevention and health departments "to ensure the company's stores remain safe and clean for customers and the community."

"We also have customer sanitization stations at each of the store entrances," he said.

On Tuesday, Walmart announced the company will be installing Plexiglas "sneeze guards" at their pharmacies and within the next two weeks employees will be receiving masks and gloves.

Walmart also announced its stores will be receiving thermometers within the next three weeks to check employees' temperatures upon reporting to work.

"I think there's much more needed. The thermometer checks are great but … We are still coming into contact with the general public and we aren't taking their temperatures," the Walmart employee said.

Employees at other major grocers contacted WFAA with similar complaints

“We don’t have those glass screens at check-out lines, like some stores, that separate the customers from us,” said a Dallas-area Kroger employee who did not want to be named because she is not authorized to speak about conditions at her workplace.

She described the work environment as “unsafe and threatening.”

“It’s like road rage during the holidays times 10 – but in a grocery store. Customers ram their carts into other customers,” said the Kroger employee.

Despite government recommendations to maintain 6 feet of separation between people in order to stop the spread of the virus, the Kroger employee told WFAA that practicing social distancing while on the job is "impossible."

“We try to explain to customers why we may not have something in stock and we try to maintain the 6-foot rule, but they clench their fists, get in our faces and yell at us,” said the Kroger employee.

She said it’s not uncommon to see employees go into the back of the store, break down and start crying “because they just can’t take it anymore.”

April Martin, a spokesperson for Kroger, said "safety is one of our core values and protecting the health and wellbeing of our associates and customers across our family of companies is always our top priority.”

A spokesperson for the union's Local 540 told WFAA that “UFCW continues to aggressively advocate for every grocery worker to ensure they have both safe working conditions and the strong pay and benefits they’ve earned on the front lines of this crisis."

The union is also asking Gov. Greg Abbott to declare grocery store workers as first responders and part of the essential workforce to ensure they have access to the safety equipment, testing and health care they need to protect Texans' access to food during the pandemic.

"We are calling on all companies to step up and do all they can to support these essential workers," the UFCW Local 540 representative said.

The store should consider limiting the number of customers at a time, the employee said.

Other grocery employees told WFAA that by limiting the number of people allowed in stores, employees can better protect themselves and the customers.

"One cart, one person," said the Walmart employee. "We don't need whole family units of six or eight people going grocery store shopping just because they are bored… You can't protect anybody when you are dealing with 400 customers in a store at once," she said. 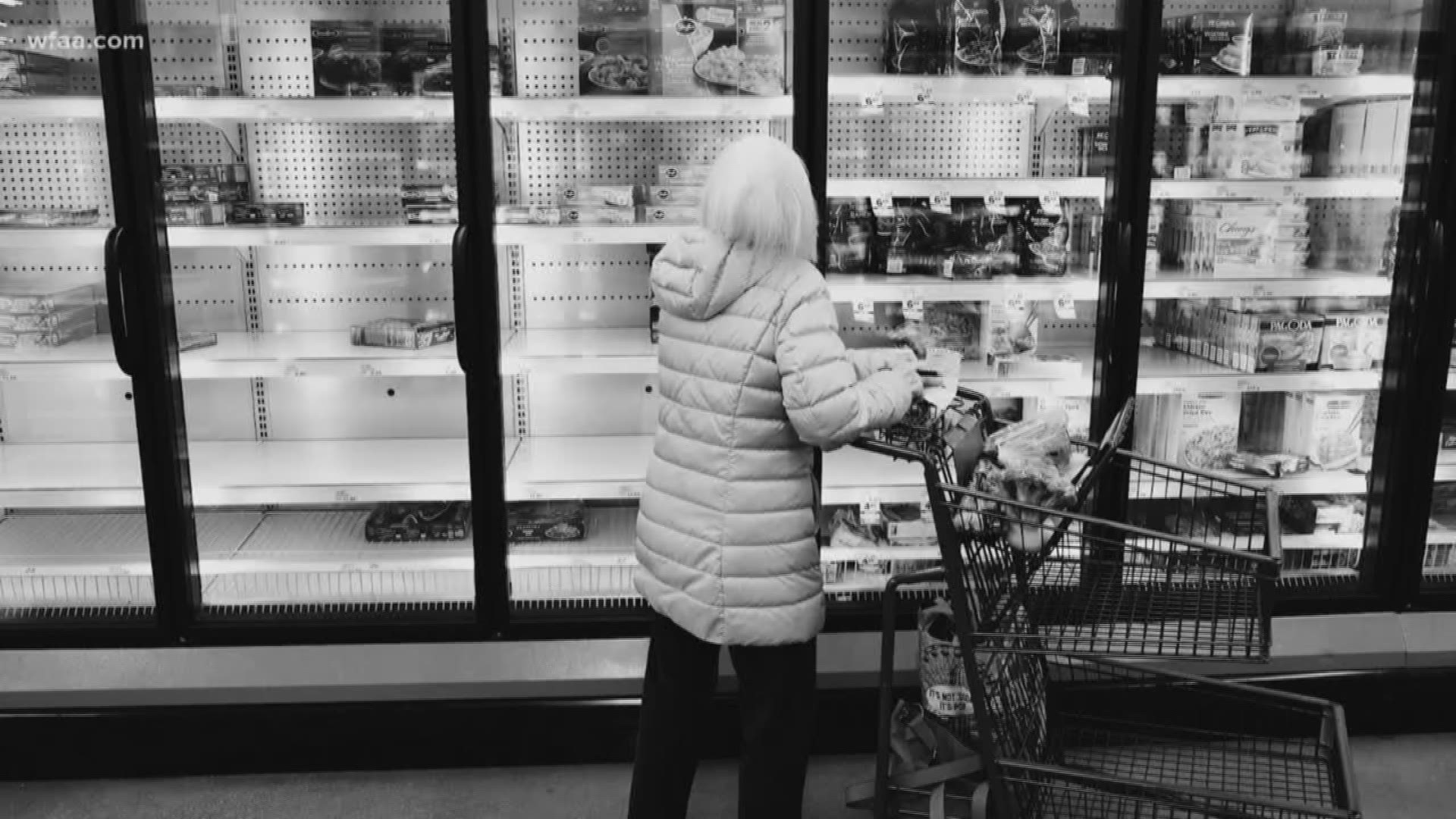