'There was no communication': Texans worried about when they will get second dose of their COVID-19 vaccine

Fair Park in Dallas reopened Sunday, allowing people in need of the second dose of their COVID-19 vaccine shot to come through the set-up drive-thru site. 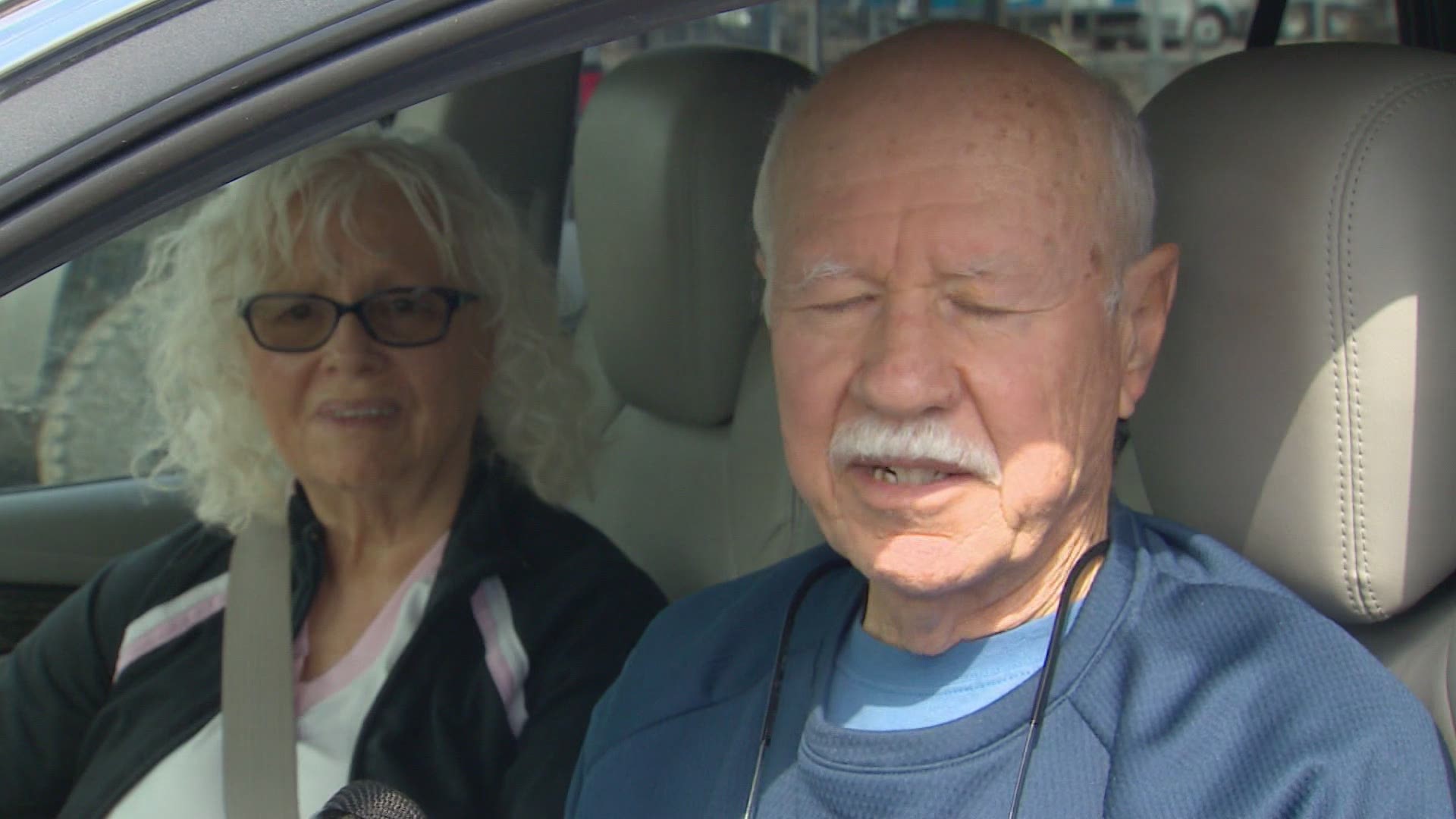 DALLAS — While some North Texans were able to get the second dose of their COVID-19 vaccine Sunday, others have been left wondering when that time will come.

Fair Park in Dallas reopened Sunday, allowing people in need of the second dose of their COVID-19 vaccine shot to come through the set-up drive-thru site.

One of the people frustrated and waiting for a second vaccination is Carolyn Herman from Irving.

"There was no communication," Herman said.

Before the recent winter storm hit Texas, Herman and her husband were scheduled to get their second shots last week.

She hasn't heard from anyone since Dallas' sites shut down or reopened.

"I started getting a little antsy about it because we hadn't heard anything," Herman said. "I kept looking at emails just to see if maybe I had missed it. And here we are. I just wish they'd say, 'We'll get to you' or 'We're aware,' or something."

Art Gray from Fate in Rockwall County knew about the available shots Sunday and, along with his wife, drove up to Fair Park to get his vaccination.

"It moves so fast," Gray said, describing the line of drivers waiting for their vaccines. "We waited four hours for our first dose. This was much faster."

Like Herman, this married couple had been waiting to get their second dose. However, they were scheduled to get it on Feb. 12.

On Sunday, Fair Park was only providing second doses to people who were supposed to get them on or before Feb. 12.

RELATED: US on verge of coronavirus vaccine breakthrough as manufacturing ramps up

Venieca Kusek was in the same boat as Art Gray, except she didn't know vaccine shots were available Sunday until she found out during her interview with WFAA— when it was too late.

"I actually would have gone, but I had no idea until we just now spoke," Kusek said, speaking on the vaccine location at Fair Park.

"I already almost lost a total workday with the days I tried to get my shot and the line just ended up being too long," Kusek said. "One day, I probably did about three laps around the entire Fair Park. Couldn't find anywhere that [the line] began."

Sunday was the 42nd day since she got her first COVID-19 vaccine, which many medical experts consider the maximum amount of days you can wait before getting your second shot.

"It's too late now," Kusek said, wondering what she will do next.

Dr. Beth Kassanoff-Piper is the president of the Dallas County Medical Society. She said it is better to get your second shot later rather than earlier.

"There's not a reason to panic," Kassanoff-Piper said. "Since the second dose is a booster, it's exactly the same as the first dose just given at a later date. What it does is, it boosts the immunity that your body has already created to the first dose. People could do terrific if they got it even three months or possibly even longer."

For Gray, he's just thankful he doesn't have to worry about it anymore.