Rural counties without health departments need help from the state to handle the pandemic. But they're not getting it, local officials say

Most Texas counties don't have health departments, and the state is supposed to fill in that role. But local officials say they haven't had much help. 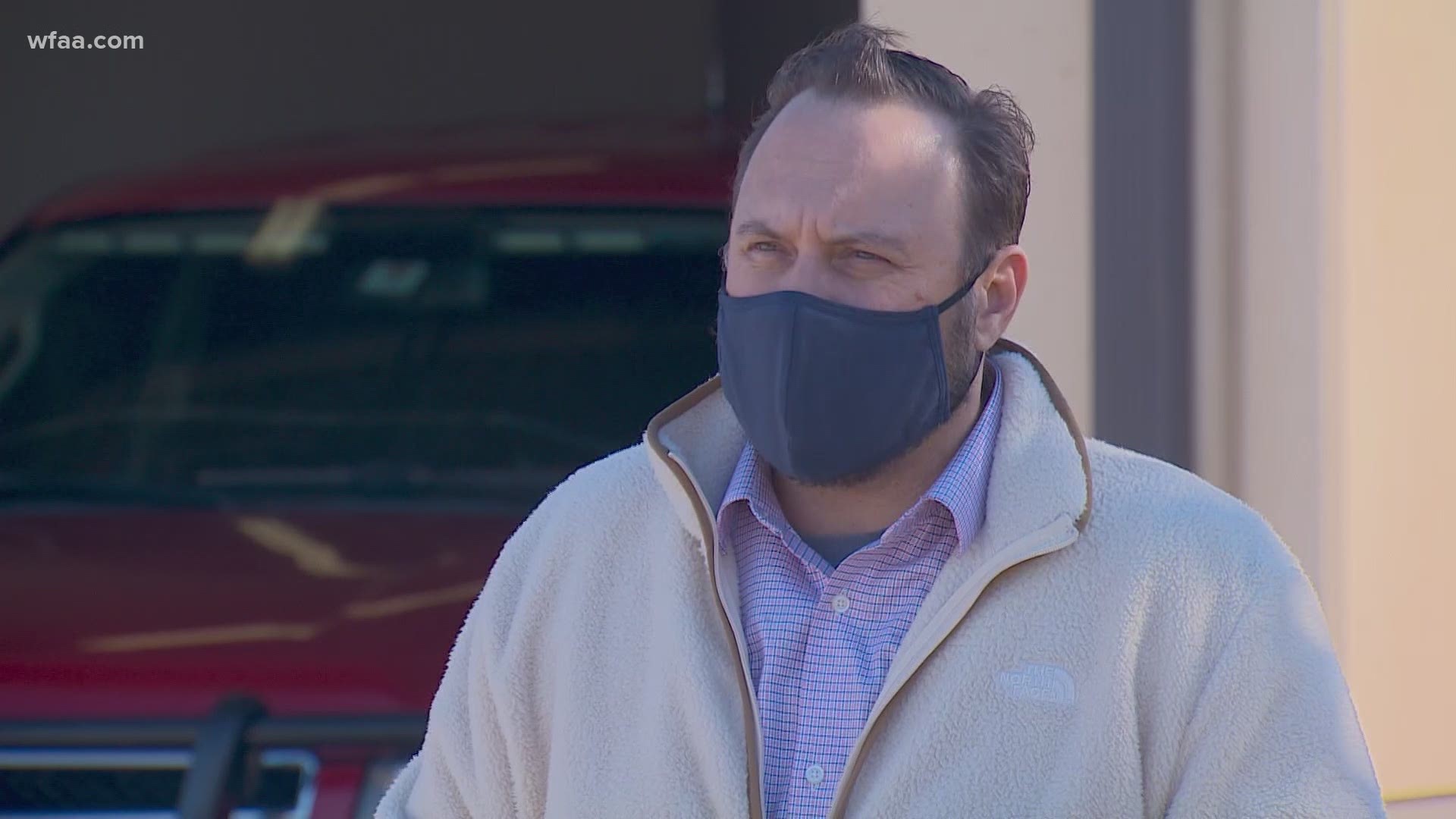 “I was sick for a full 14 days, but my fever would just come and go,” Moore said.

Moore is the director of Johnson County Emergency Management, and his symptoms started back up again six weeks later. This time, a fever every day. He knows just how necessary a vaccine is for communities across the state.

“It’s just a matter of the demand is very high and there is no vaccine at this point,” he said.

It’s not just the supply that’s an issue, though. It’s help. Like many Texas counties, Johnson County doesn’t have a health department, so the state is supposed to handle health duties. That’s not happening the way it should for many areas, though— both for testing and now for vaccinations.

“Throughout the pandemic, beyond providing numbers, there really hasn’t been a service provided by the state,” Moore said.

RELATED: Texas' answer to sign up for a COVID-19 vaccine could be weeks away

On the day the state approved Phase 1B vaccinations, expanding access to those 65+ and those with health conditions, Moore received 52 voicemails overnight. He says Cleburne got more than 300.

“Now that they know that they might qualify, of course, our phones are ringing off the hook,” he said.

Moore doesn’t have answers on when shipments will arrive, and he’s not alone.

“I’ve already been calling and seeing how we can get some more shipments,” he said.

“If anybody tells you they know that, tell them to call me,” Magers said. “There’s no doubt there’s pent up demand.”

Moore hopes the state will set up mobile vaccination sites to allow for easier access and a simpler system.

“That’s the frustration a lot of people have right now is they’re calling around to these places trying to figure out if there’s a vaccine or not that they can get access to,” he said.

Moore says counties without health departments don’t have the staff or training to handle the questions or vaccinations and need the state’s help more than ever.

“We would hope and depend on DSHS to provide that. Unfortunately, they have limited staff as well,” Moore said.