Can I take painkillers before or after a COVID-19 vaccine?

Some research suggests some medicines might curb the very immune system response the vaccine is trying to generate. 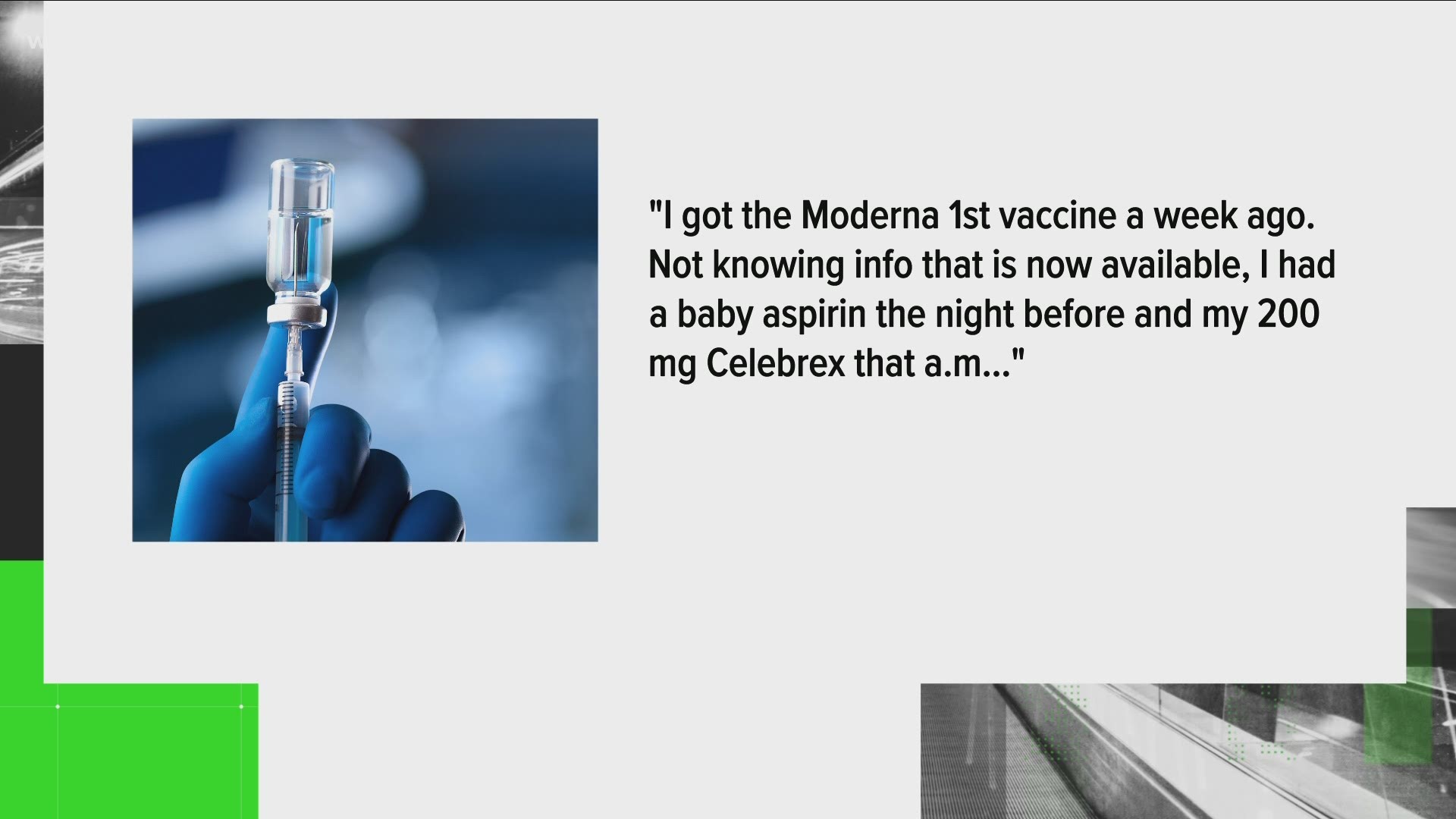 WASHINGTON — Can I take painkillers before or after a COVID-19 vaccine?

Don’t take them before a shot to try to prevent symptoms, but if your doctor agrees, it’s OK to use them afterward if needed.

The concern about painkillers is that they might curb the very immune system response that a vaccine aims to spur. Vaccines work by tricking the body into thinking it has a virus and mounting a defense against it. That may cause temporary arm soreness, fever, muscle aches or other symptoms of inflammation — signs the vaccine is doing its job.

Some research suggests that certain painkillers including ibuprofen (Advil, Motrin and other brands) might diminish the immune system's response. A study on mice suggests these drugs might lower the production of antibodies, which block the virus from infecting cells.

Other research has found that painkillers might dampen the response to some childhood vaccines, so many pediatricians recommend that parents avoid giving children the medicines before a shot and only if needed afterward, said Dr. William Schaffner, an infectious disease expert at Vanderbilt University.

The U.S. Centers for Disease Control and Prevention recently updated its guidance to recommend against painkillers before a COVID-19 shot. It says they can be taken afterward for symptoms if you have no other medical conditions precluding their use, but to talk to your doctor.

If you’re already taking one of those medications for a health condition, you should not stop before you get the vaccine — at least not without asking your doctor, said Jonathan Watanabe, a pharmacist at the University of California, Irvine.

If you’re looking to relieve symptoms after your shot, he added, acetaminophen (Tylenol) is better because it works in a different way than some other painkillers.

“If you have a reaction afterwards and need something, take some acetaminophen,” Schaffner agreed. He added that the immune response generated by the vaccines is strong enough that any dampening effect by painkillers is likely slight and won’t undermine the shots.

The CDC offers other tips, such as holding a cool, wet washcloth over the area of the shot and exercising that arm. For fever, drink lots of fluids and dress lightly. Call your doctor if redness or tenderness in the arm increases after a day or if side effects don’t go away after a few days, the CDC says.

RELATED: A quick COVID-19 vaccine rollout backfired in some US states