After the June 7 deadline, employees who weren't vaccinated were suspended for two weeks and later fired. 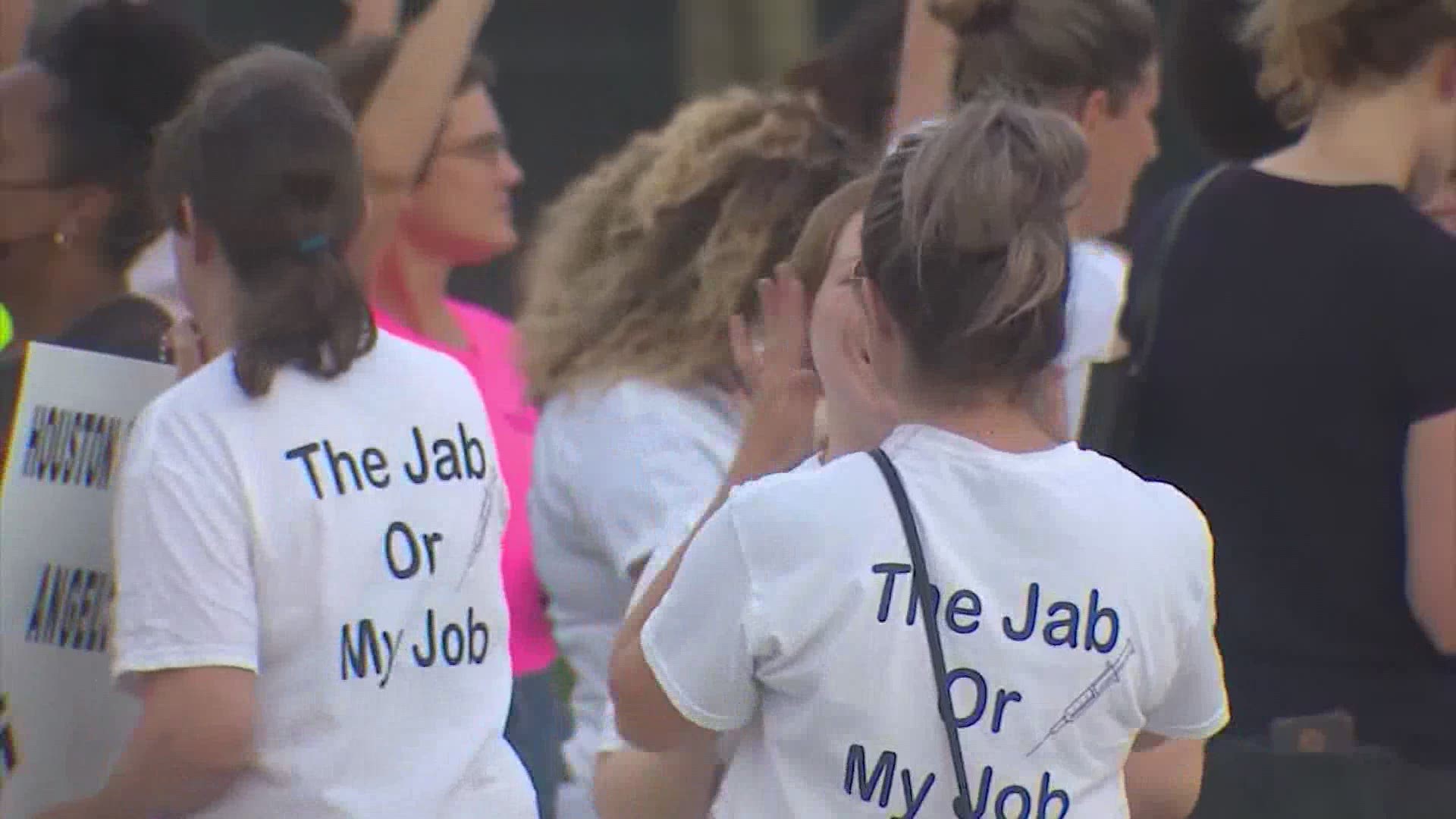 HOUSTON — More than 150 employees at a Houston hospital system who refused to get a COVID-19 vaccine have been fired or resigned after a judge dismissed an employee lawsuit over the vaccine requirement.

A spokesperson for the Houston Methodist system said 153 employees either resigned in the two-week suspension period or were terminated on Tuesday.

Earlier this month, a federal judge threw out the lawsuit filed by employees over the requirement.

This is a story that's made national headlines. Employees who weren't vaccinated by June 7 would be suspended without pay for two weeks, and if they'd still not gotten vaccinated, they would be fired.

KHOU 11 first reported about Jennifer Bridges earlier this year. The now-former Houston Methodist nurse said none of the COVID vaccines available have been fully approved by the FDA and she shouldn't be required to get it.

She was told on Tuesday that she would be terminated.

"I was actually doing another interview after my job today, and I got a call from Houston Methodist during my interview. And it was my director stating, asking me, basically, if I decided to take the shot to come back to work. And I said absolutely not. So she told me over the phone today that I will be terminated, effective today," Bridges said on Tuesday.

Each vaccine in use has received emergency authorization for use during the pandemic.

In the lawsuit that was dismissed earlier this month, Bridges and 116 other employees alleged that requiring employees to take the COVID-19 vaccine is forcing them to participate in a clinical trial. They said it's experimental and shouldn't be a requirement.

"This claim is false, and it is also irrelevant," wrote U.S. District Judge Lynn Hughes in dismissing the suit. "Bridges argues that, if she is fired for refusing to be injected with a vaccine, she will be wrongfully terminated. Vaccine safety and efficacy are not considered in adjudicating the issue.”

Hughes went on to write, "Texas law only protects employees from being terminated for refusing to commit an act carrying criminal penalties to the worker."

Attorneys for the employees have appealed the decision.

You can read the dismissal here.

Houston Methodist is the nation's first hospital system to require its healthcare providers to get vaccinated for COVID-19. Houston Methodist chief executive Marc Boom said at the time of the lawsuit dismissal that nearly 25,000 employees have been fully vaccinated.

Bridges says she started working for a private nursing company.

Bridges and her attorneys plan to continue to challenge Houston Methodist's mandate.