Fair Park vaccine hub closed this weekend as vaccines run out; US Secretary of the Army visits the site 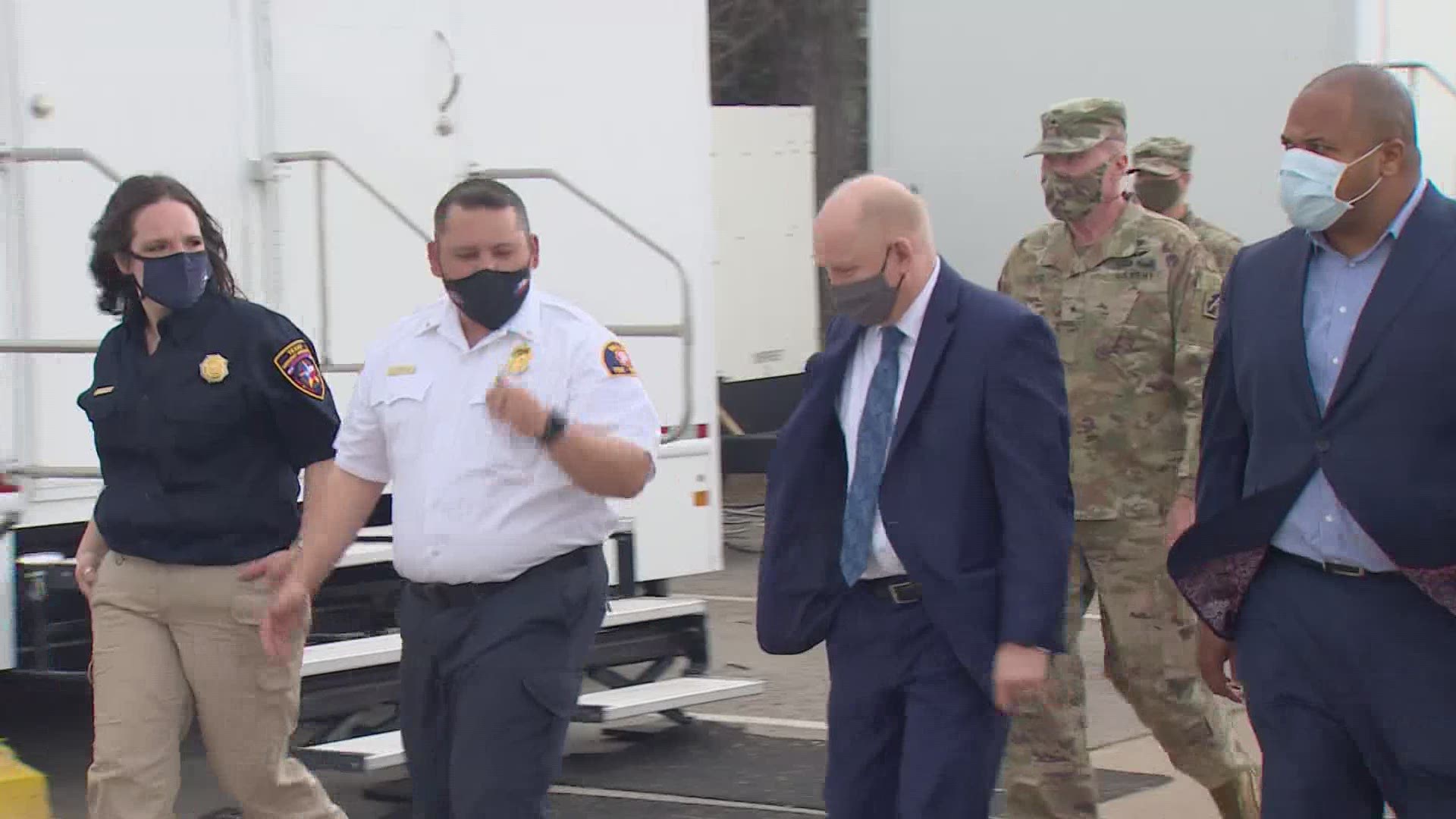 DALLAS — If you were in line Fair Park this week, the average wait time was 6 minutes and 24 seconds. Day by day, the county and FEMA have been tweaking the vaccination process to make it more seamless.

But another reason why the wait times were so short is because the site is running out of vaccines for the week. Dallas County Judge Clay Jenkins said the State of Texas diverted more than 103,000 vaccines away from the county since FEMA started assisting. He said it's the reason why Fair Park's hub will be closed on Saturday.

"We need the state to stop diverting shots," said Jenkins.

He said Dallas and Tarrant counties have around 14% of people with their first doses of the COVID-19 vaccine, while other urban counties in Texas have reached 25%.

"We're closed tomorrow, and we are closed Sunday not because we want to be. We would love to help people seven days a week, but we will be completely out of shots," said Jenkins.

Jenkins has requested more help from FEMA. His goal is to give 11,000 doses per day and have Fair Park's vaccination hub open seven days a week.

On Friday, Fair Park got a special visitor. United States Acting Secretary of the Army John E. Whitley toured the site. Jenkins and other county leaders guided him through the process of distributing vaccines at the hub. Judge Whitley also greeted members of the military who were working.

He's visited a few FEMA vaccination sites, but said the one in Dallas County is the first one he's seen doing Johnson & Johnson vaccines along with Pfizer and Moderna vaccines.

Secretary Whitley also said the premixing and prefilling process makes the line move faster. It's something to consider for other sites across the nation. He is thinking about how vaccines can be ramped up as more people become eligible.