More than 15 percent of the doses at the Fair Park hub went to three high-income ZIP codes in its first few days. 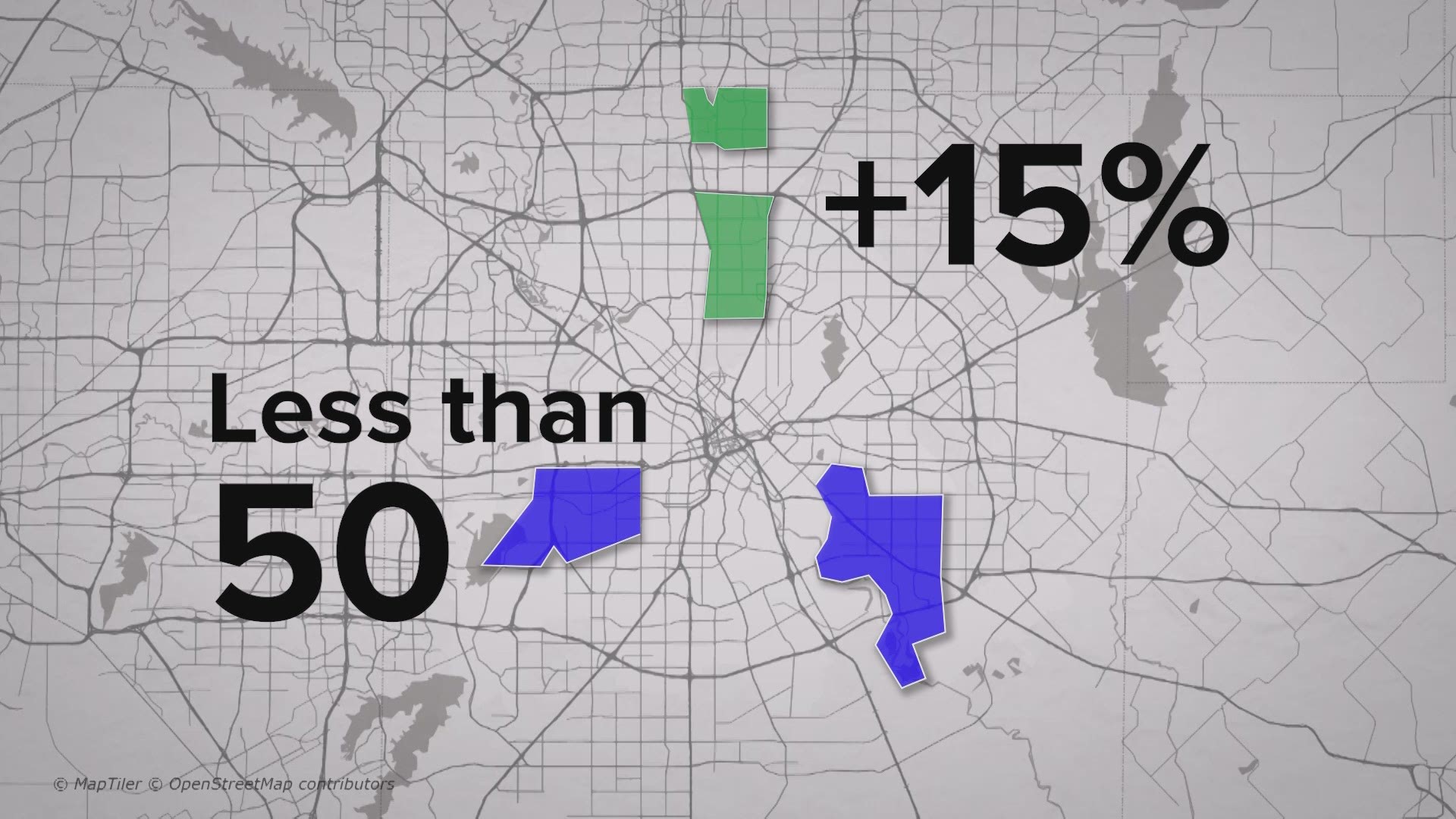 DALLAS — COVID-19 exposed inequality in communities as soon as testing began, and low-income neighborhoods were left with few sites. Now, the rollout of a vaccine has left poorer, minority communities with fewer doses.

“We are concerned, and the residents are concerned,” Dallas city councilman Tennell Atkins said. “We’ve got to have transparency through the whole setup.”

More than 15 percent went to just three high-income ZIP codes around Preston Hollow, University Park and Far North Dallas. Data shows 164 residents of 75230 were vaccinated, along with 152 residents of 75225 and 145 from 75248.

“We’ve got to make sure that this half of the people get treated like any other person in the city of Dallas,” Atkins said.

Dallas County Judge Clay Jenkins says the issue was an appointment link that was shared and used to allow people in North Dallas to skip the line.

“Now we have an appointment system that can’t be hacked,” Jenkins said. “The people that are getting appointments are the most vulnerable people.”

In the future, they’ll pick more people from at-risk neighborhoods and people older than 75 for appointments.

“I know a lot of people don’t like that, but the goal is to try to save as many lives as possible,” Jenkins said.

The lack of representation isn’t just in Dallas County. In Tarrant County, just 5 percent of those vaccinated so far are Hispanic, while the county is nearly 30 percent Hispanic.

Jenkins believes one of the biggest problems is just being able to sign up.

“We don’t have as many people signed up in hard-hit areas as we do in more affluent areas at this point,” Jenkins said.

RELATED: WHO: 'Not right' to vaccinate young before old

Atkins says there’s lack of internet, lack of transportation and lack of information in Southern Dallas.

“I got many phone calls that said, 'What is the information, where do we go?'” Atkins said. “We need help.”

Jenkins says county officials have been calling faith groups and senior centers to help get the word out. Tuesday, they’ll vote on a temporary contract with an outreach partner to help spread the message. He says miscommunications are happening because of state rule changes.

“I think there’s got to be more tools in the toolbox to make sure that we get people who need vaccine - that we did everything that’s possible to get them to the site,” Atkins said.

There is still little supply with more than 300,000 people on the county’s waitlist already.