'The purpose is to reach the community where they are': Dallas County hosts pop-up vaccine site in Deep Ellum

Data from the county shows that, in Dallas County, the 18-40 age group accounts for the highest number of both confirmed and probably COVID cases. 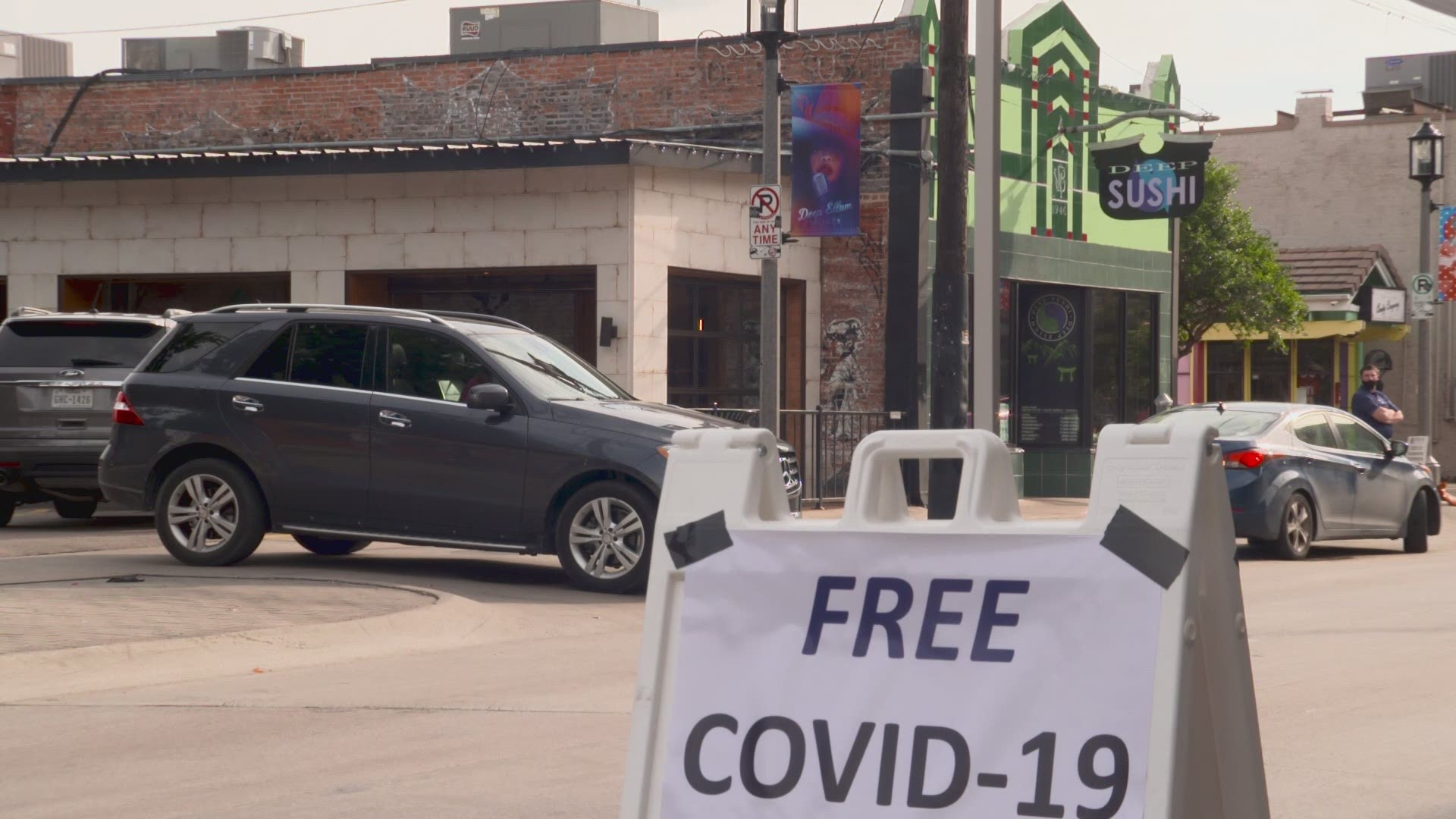 DALLAS — After months of vaccinating thousands of North Texans at is various hubs, Dallas County Health and Human Services is taking a new approach.

"Now the strategy is, instead of coming to us in Fair Park, now we’re coming to the community," said DCHHS Public Information Officer Christian Grisales.

On Friday night, the county hosted a pop-up COVID-19 vaccine site in partnership with the state and the United States Army.

Community Outreach staff with the county walked through Deep Ellum, stopping to ask people if they'd been vaccinated and directing those who hadn't to the site at Uplift Luna Preparatory on Elm Street.

“The purpose is to reach the community where they are," said Grisales.

The county hosted the first pop-up site at this location last weekend. Grisales said more about 100 Johnson & Johnson doses were given. This weekend, they are giving the Pfizer vaccine. Halfway through the event on Friday, they'd given 60 doses.

Grisales said they hope to surpass last weekend's shots between this Friday and Saturday.

Data from the county shows that, in Dallas County, the 18-40 age group accounts for the highest number of both confirmed and probably COVID cases.

While 41% last summer amounted to more than 10,000 cases and this month's 38% translates to 884 cases, young adults continue to lag behind other age groups when it comes to getting vaccinated.

Dallas County's pop-up site in Deep Ellum will be up on Saturday from 11 a.m. until 9 p.m. It will return in three weeks to give out second doses.